The British & Irish Lions in Christchurch 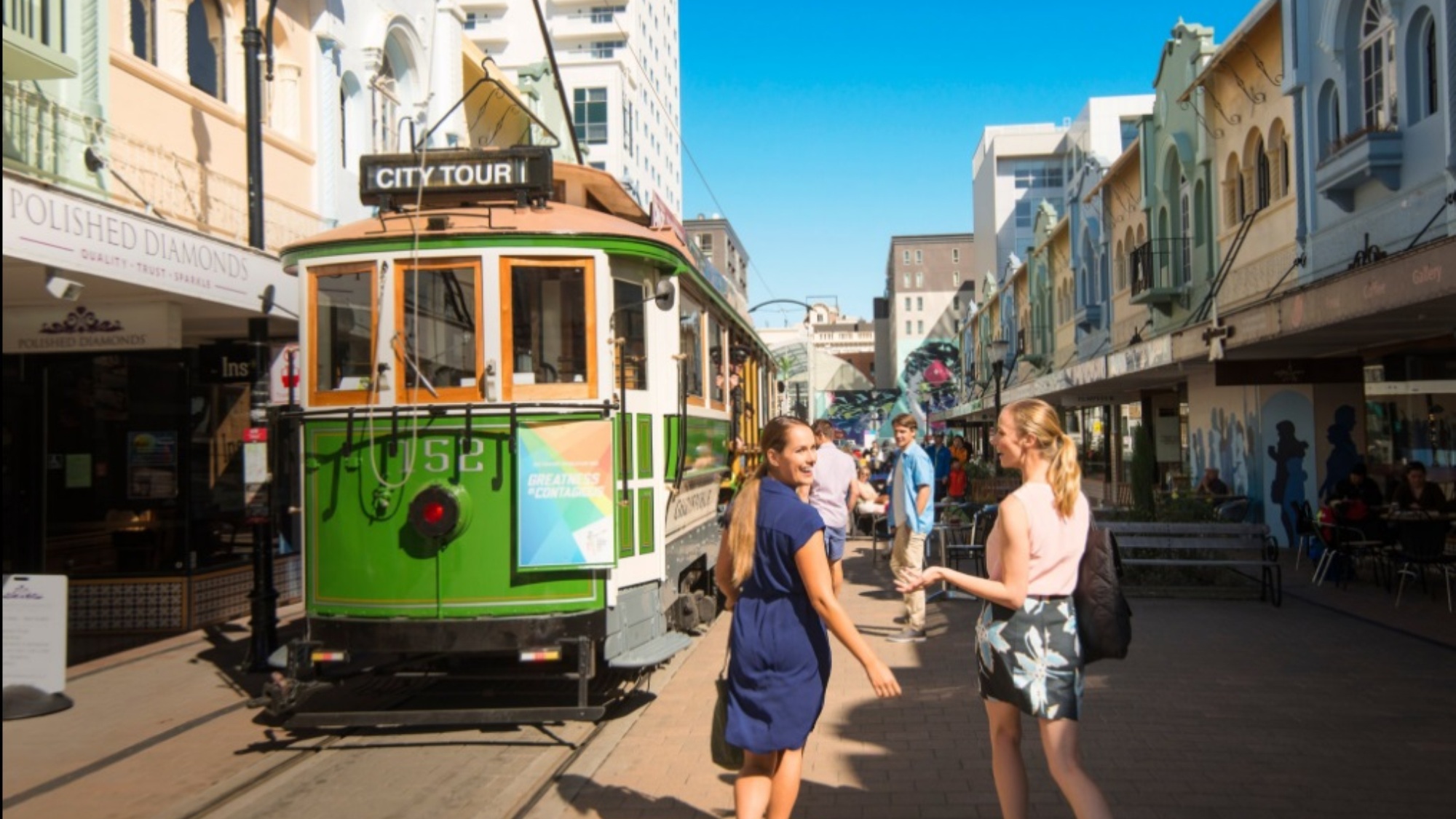 The stage is set for the tourists clash with the Crusaders this Saturday at AMI Stadium as Warren Gatland’s troops look to bounce back from defeat to the Blues last time out.

The city, also known as the garden city due to its 740 parks that cover approximately 3,000 hectares, has staged a remarkable recovery from the tragic earthquakes of 2010 and 2011.

And here we shine a bit more light on Saturday’s opponents and the Canterbury region as a whole.

The third match of the Lions’ Tour to New Zealand takes place on Saturday June 10 against the seven-time Super Rugby champions Crusaders.

The only side to have completed a Super Rugby season unbeaten back in 2002, they stand on the verge of history again under Scott Robertson in 2017.

They are a perfect 14 from 14 so far, and Robertson has named an impressive side to face the Lions this weekend with nine former or current All Blacks in the matchday 23.

The Crusaders reached at least the Super Rugby semi-final every year between 2002 and 2014, and have won the title seven times overall.

And when the Lions hear the Crusaders’ theme music Conquest of Paradise by Vangelis – they will know that they are in for a battle.

“It’s a huge & exciting challenge for us…” @crusadersrugby are ready for an “awesome occasion” on Saturday: https://t.co/ttZ0DjOvoX pic.twitter.com/xtqF4aapNs

Captain and second row Sam Whitelock will lead from the front while the forward pack is stacked with class including the likes of Matt Todd, Codie Taylor and Luke Romano.

Behind the scrum keep an eye out for Richie Mo’unga who has impressed at fly half this season while David Havili – so strong at full back this season – steps in for the injured Ryan Crotty at inside centre.

The Crusaders played in their 36,000 capacity AMI Stadium in Christchurch, formerly Lancaster Park, until 2011 when the earthquake damaged it and the club were forced to move out.

The Lions will be playing at Rugby League Park (also known as AMI Stadium) in the suburb of Addington in front of a sell-out 18,000 rugby-mad fans.

Christchurch may be known as The Garden City but for touring British & Irish Lions squads in years gone by, visits have been no walk in the park.

Indeed the tourists have only won one Test here in their history – that came in 1977 in a 13-9 triumph thanks to JJ Williams’ try set up by a certain Ian McGeechan.

The Lions didn’t face the Crusaders during the 2005 Tour but will know the city well from their 21-3 defeat against the All Blacks in Christchurch.

The Crusaders franchise represents a number of regions including Canterbury who have been regular opponents for The Lions down the years.

The Lions first fixtures against Canterbury were during the 1888 Tour where they beat them three times but the hosts would have their revenge with a 13-8 win in 1908.

The New Zealand side would be successful again, 14-8, in 1930 and it wasn’t until their next fixture, 20 years later, that Lions had another victory 16-5.

In 1983, Canterbury were victors over the Lions by two points despite tries from Hugo MacNeill, David Irwin and Roger Baird.

The Lions last match against Canterbury took place in 1993 and saw the Lions triumph 28-10 as Rob Andrew scored a try, conversion, penalty and drop goal in a 13-point haul.

Jeremy Guscott, Tony Underwood and Mick Galwey also got tries in that match and the Lions lead the overall head-to-head 8-4.

There is no lack of activities to keep you interested if you’re visiting Christchurch and the wider Canterbury region.

Some #LionsNZ2017 Tour packages are still available – find out everything you need to know here: https://t.co/itXKHtYNIA pic.twitter.com/mEGnbWrDEH

Glaciers cover 40 per cent of the park and there are 23 peaks over 3,000m. Mount Cook village, at the bottom of the mountain, is a base for climbers and hikers.

The city itself can be explored by foot, tram or by bike and if the weather’s good you can explore the beautifully maintained Botanic Gardens or punt down the River Avon.

If the weather takes a turn for the worse, the Air Force Museum of New Zealand, Canterbury Museum and, to learn more about the earthquakes of 2010 and 2011, Quake City are all options.

If you’re looking for something a bit different the International Antarctic Centre is just a 15-minute drive from the city centre although prepare for a chilly reception.

Further afield, there’s the TranzAlpine train line which takes you across the island and through the spectacular Southern Alps or nearby seaside resorts of Lyttelton and Akaroa which are worth a visit.