Five Key Moments as the Lions beat the Crusaders

The Lions showed they are starting to click as they beat the high-flying Crusaders in Christchurch on Saturday. [more] 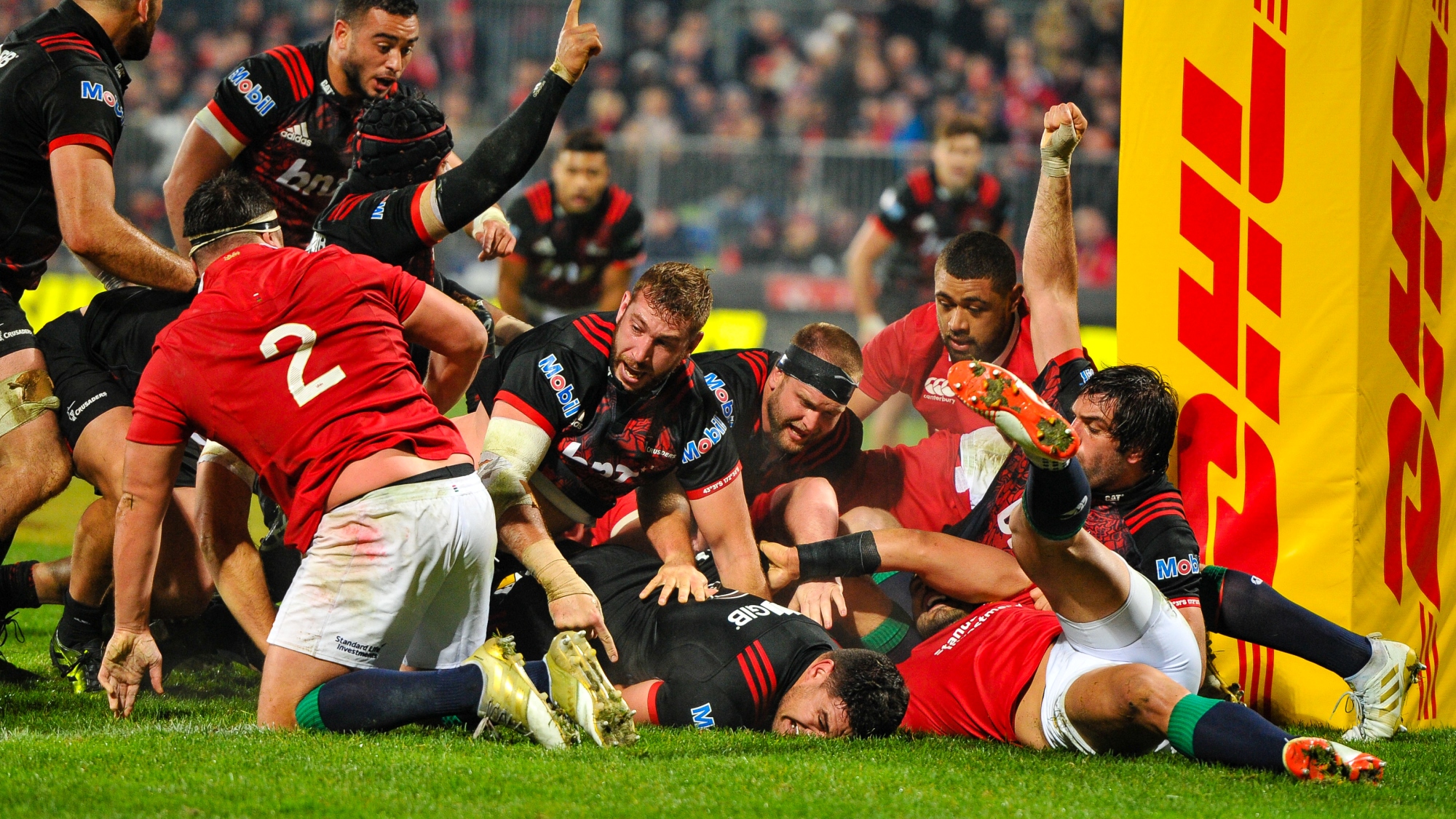 Owen Farrell kicked four penalties as they claimed a 12-3 victory, with the Crusaders losing for the first time all season.

It was a great all-round display from the Lions, who responded well to defeat to the Blues on Wednesday, and there were a few crucial moments that helped them on their way to victory.

We’ve picked out five of those vital moments that were key to the Lions success.

The Lions have made no secret of the fact they are planning to use their scrum as a weapon in New Zealand. Up against a Crusaders front five featuring five All Blacks, they were able to get the upper hand.

That became clear on 15 minutes, with Joe Moody penalised after a good shove by the Lions pack and Tadhg Furlong.

Farrell took advantage to slot his second penalty of the evening, making it 6-0, and the Lions were able to keep the upper hand for virtually the entire game at scrum-time.

Owen Farrell kicked three key penalties in the first half

Weathering the Crusaders storm before half-time

The Lions coped with the losses of Stuart Hogg and Jonathan Davies to injury in the opening period, shuffling their backs as a result.

Leading 9-3, they found themselves under pressure shortly before half-time, with the Crusaders entrenched deep in the Lions 22. Codie Taylor thought he had burrowed his way over, but television replays were inconclusive.

With penalty advantage, the Crusaders could have taken an easy three points but instead they kicked to the corner. The Lions were able to disrupt that lineout through Mako Vunipola.

They followed that up with a scrum penalty to complete a perfect minute in defence.

Anthony Watson came off the bench early for the injured Hogg, and the England player slotted in well at full back.

He almost got his second try of the Tour just before the hour-mark after the Lions threatened down the left.

Liam Williams had been put away down the left by Watson, and chipped over the cover defence. He couldn’t quite collect but Watson was on hand, scooped it up and forced his way over.

Unfortunately for the Lions, Williams had just touched the ball as he went to try to catch and was adjudged to have knocked on.

The Lions lead by two scores

While the Lions looked in control, there was always the danger that the Crusaders would come back and sneak the win as they have done so often this season in Super Rugby.

That chance became more remote with ten minutes to go when the Lions got the first points of the second half, a fourth Farrell penalty.

It came after a period of extended possession in the 22 for the Lions, and while they couldn’t force their way over, they earned the penalty that made it a nine-point lead.

Sexton and Faletau step up

The Crusaders kept fighting and did everything they could to get back into it. With seven minutes to go however, the Lions secured a crucial turnover that seemed to end the home hopes.

Israel Dagg carried the ball into contact, and Johnny Sexton in particular. The Ireland fly half held him up, and then with the help of Taulupe Faletau, ensured that the Crusaders couldn’t get the ball back.

That meant a scrum for the Lions and judging by the reactions of the players, they knew how important it was in the context of the win.