Sitting in the pub with his Dad, watching the British & Irish Lions play in 2005, a 19-year-old Craig Jones knew he would be there in person the next time a Tour hit New Zealand. [more] 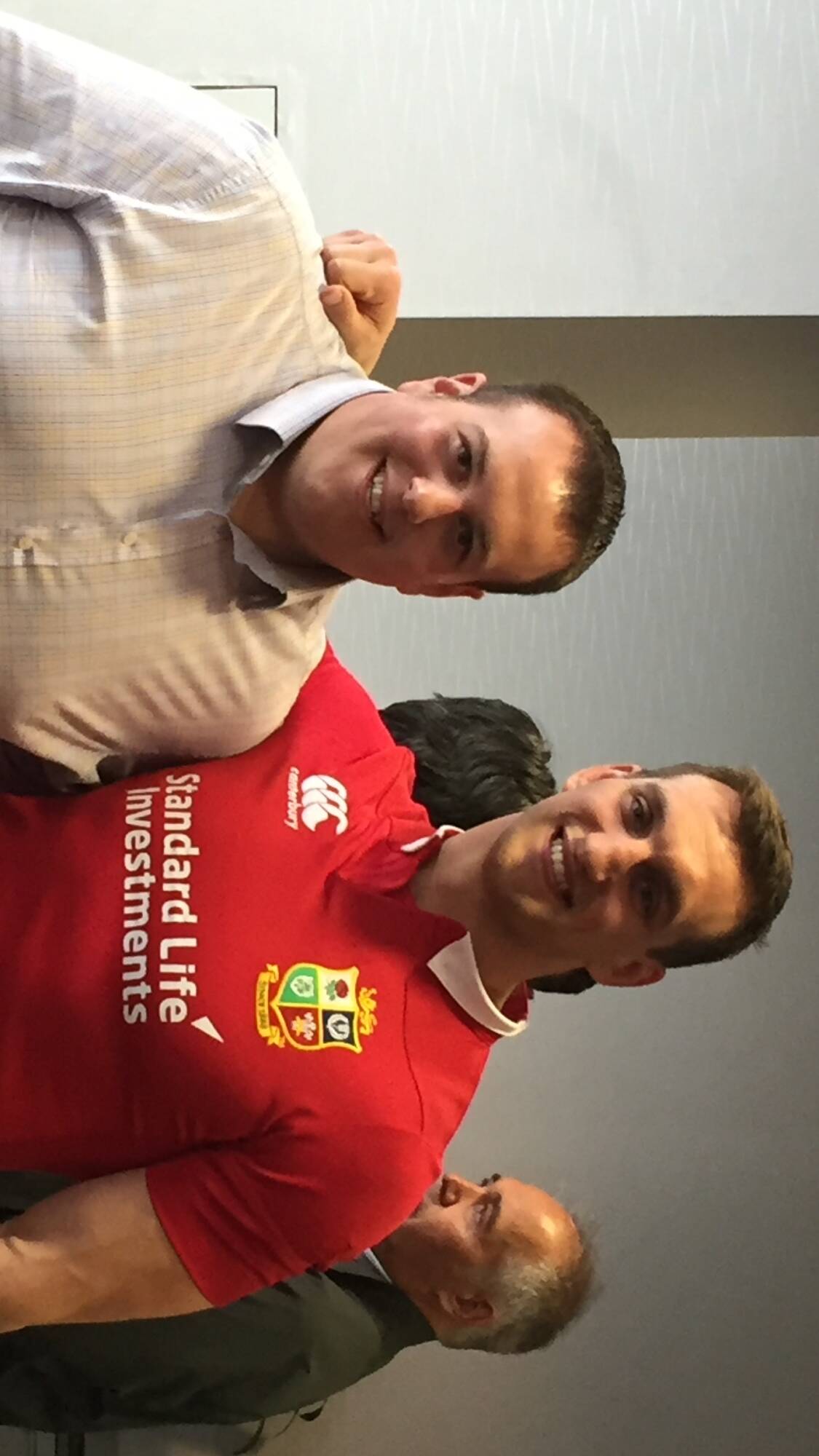 Now 31, the Shrewsbury-based tighthead prop is finally living out his dream and heading to the land of the long white cloud for the very first time to see Warren Gatland’s side lock horns with the All Blacks.

Still playing at the weekends when parenting duties allow, Jones is a rugby buff of the highest order and was even invited along to the Lions Squad Announcement back on April 19 as the Lions Supporter Tours ‘Ultimate Fan’.

And Jones admits meeting 2013 and 2017 Tour skipper Sam Warburton in person was the perfect way to kick off his dream trip.

“I’ve not even got on a plane yet but I already feel like this Lions experience is going to be the experience of a lifetime,” he said.

“Completely out the blue I was invited to the squad announcement – I had to come back early from a holiday but it was worth the drive from Cornwall!

“My wife, Lindsey, and I met playing rugby at Shrewsbury so thankfully she understood me not wanting to miss the opportunity to meet Sam and see the squad announced!

“I got my love of the Lions from my dad. He’s always been a fan of international rugby, but when the Lions came around, he always made a point of watching the matches with his friends, and then as I got older I could join him.

“The first one I really remember is 2001, getting to go with my dad to watch the games down at the pub – it was just a coke and a packet of crisps for me at that point though.

“But I’ve been saving for this since 2005; I promised myself after the last New Zealand Tour that I would be on the next one.”

On the agenda for Jones already is a traditional Maori experience (including a Hangi feast), vineyard tours, sailing in Wellington Bay, and even a trip to Taupo from Rotorua to see some relatives for the first time in almost 20 years.

And having booked through Lions Supporter Tours, Jones says it was easy to book a Tour perfectly suited to his needs.

He said: “The experience of booking with Lions Supporter Tours was really, really good.

“I had booked the Priority Access Pass about 18 months ago, and with that it meant I had a lot more flexibility in terms of finding something that fitted in with what I wanted to get out of the trip as I had first choice.

“In terms of additional things, I got to meet the coaches and some of the other Lions legends at an event in December, which was incredible.

The Lions fans in all their glory…
Fancy joining them? Limited availability for some Tour packages: https://t.co/cEtoNCG0vc #LionsNZ2017 pic.twitter.com/6P0aUg8cNp

“The merchandise pack arrived a couple of weeks ago too, and that’s a bit like Christmas where you’re getting your jerseys, bags, and hats and things ready to wear when I’m over there.

“I’m also just generally really excited about taking in New Zealand. It’s meant to be one of the best places to live in the world, and it will be brilliant to see it firsthand.”

Ahead of his departure on June 20, single traveller Jones has already met his partner in crime for the trip, Cyril.

And Jones believes that meeting new friends that share his love of rugby is part of the spirit of a Lions Tour.

“I am heading out on my own but I’m sharing with another traveller on a twin room basis. Lions Supporter Tours offered to link us up so we were on Tour with other like-minded fans. It was brilliant and they sorted everything out for us. I then met Cyril at the ‘Meet the Coaches’ event in December and we’ve exchanged a couple of emails since,” he said.

“Rugby is one of those things where, as long as you’ve got a common interest, you’ll all get on. Cyril is a bit older than me, so I think he’ll take on the Tour dad sort of role!

“I’ve been watching the DVDs of the earlier Tours, and you can see the camaraderie in the fans there which looks fantastic – to be part of it will be something special.

“Hopefully I’ll be able to tick off one of Australia and South Africa in the years to come, but it was always going to be New Zealand first off for me.”

If you like the sound of Craig’s Tour, there are a few last-minute travel options for fans keen to get to New Zealand.  https://tours.lionsrugby.com/packages/

Feature News
Previous story Warburton: We owe the squad another big performance
Next story The British & Irish Lions in Dunedin