Robbie Henshaw dishes on life on Tour with the Lions

In a wide-ranging interview, the Lions centre talks birthdays, bromances and life on the road ahead of his second start on Tour on Tuesday against the Highlanders. [more] 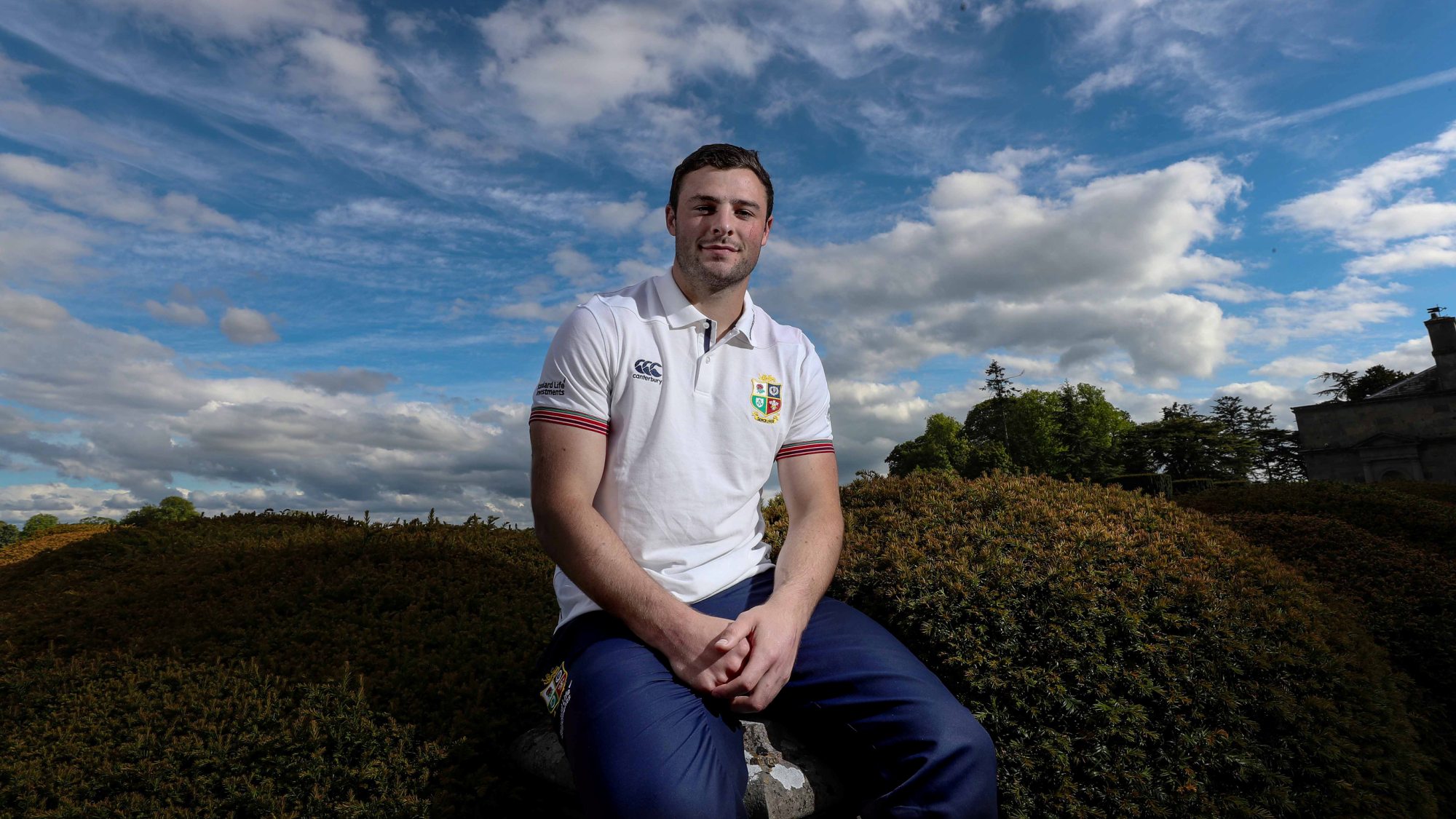 Find out who the Irishman thinks are the jokers on Tour, what Sonny Bill Williams was like to meet in person and which family member is his biggest critic.

Q. Robbie, I think I am right in saying it’s your birthday today? Happy Birthday! Was there a surprise?

A. CJ Stander and Ken Owens came in with a cake, video-ing it all and singing Happy Birthday but they were very out of tune. The cake was enormous, so a big thanks to everyone for that!

Q.  Is it fair to say being on a Lions Tour is the best present you could have hoped for?

A. As my family have already been telling me, this is going to be the most memorable birthday I will ever have. To be on Tour and celebrating it at the same time is pretty cool! To be here as part of an elite and special group is a special place to be. I would love to have my family out here, but I will be catching up with them in a few weeks when they come out.

Q. Have you managed to speak to the family much while you are out on Tour?

A. A few WhatsApps here and there, and I think I have Skyped once or twice but it is tough with the time difference. They are coming out for the three Tests, two of my sisters and my parents are going to come. They are going to do a bit of travelling around the North Island and see a few things, we have a bit of family in Hamilton as well so it will be good to see them as well.

A. They are probably my biggest fans, except for my younger sister – she is the critic of the family. But they are always on my side. They are complete fanatics, they have all turned to rugby. My Dad was the big rugby man in the family but now they all absolutely love it and can’t wait to get out here. 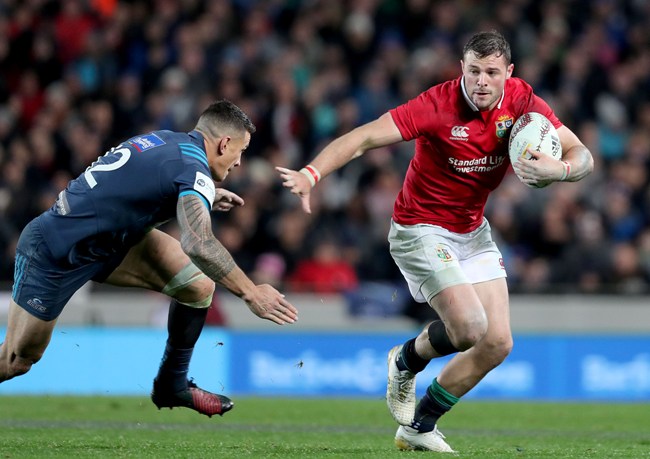 Q. You mentioned last time we spoke about your family connection with Keith Wood and the Lions – are those your earliest rugby memories?

A. My uncle David played together with Keith down at Garryowen, my uncle was coming to the end of his career and Keith (Wood) was one of the young guys just starting out but they won an All-Ireland Cup together. We would regularly go down the river Shannon on holidays on the boats and Keith lives in Killaloo so we would always stop there and catch up with him. I remember my uncle always telling me as a kid how good a player Keith was and I remember getting up early to watch him on the 2001 Lions Tour to Australia.

Q. Is it surreal to think that people are now watching you on the TV pull on that same jersey?

A. It is. It’s probably good with all the travelling and games, you don’t have too much time to sit back and think ‘Wow this is amazing!’ But certainly after the Tour and further down the line I will be pinching myself.

Q. Have you had any nice messages from home, outside of your family?

A. I have had a few really nice messages, from my past GAA club Garrycastle and my current one Athlone – they have been getting in touch on Twitter with some funny photos of me playing back in the day when I was about 12 or 13 (see below). And Marist College, I can’t forget them they gave me a lot of support in schools rugby, they helped me develop as a player, they were always supporting me. Connacht and Leinster have all been great as well, that fanbase and following is so good for us as players.

Q. Have you been surprisedat how quickly you players from four different countries have bonded?

A. The Tour has just flown by, it’s hard to believe it has been less than two weeks out here, we have gelled unbelievably well. There are different teams playing week in, week out, we are coming together and it is starting to take shape. It was a brilliant result last week against the Crusaders and we are hoping to back it up on Tuesday.

Q. You are going from hotel to hotel, city to city, does that help bring a team together?

A. We are always on the road, I don’t know how many flights it has been now so you are never settled but it means you are always looking forward to the next challenge and that helps unite a squad.

Q. Who are the real jokers in the pack?

A. Sean O’Brien is great at lightening the mood, picking people up when the energy is low. He always has a good joke to crack but Kyle Sinckler has been the standout on the Tour so far for entertainment, some of his stories are superb – he is a hell of a guy. James Haskell as well – him and Sean O’Brien are developing a bit of a bro-mance, it ‘s a weird one to be honest with you! They love projecting each other on their social channels – but they have taken to each other like a duck to water which has been funny for the rest of us to watch.

Q. What has been the highlight of the Tour so far? Meeting Sonny Bill Williams?

A. I am not going to lie, when I was growing up in secondary school, as a teenager, I was a massive fan of his. I loved how he played, with all his offloading skills. He showed it again on Wednesday at Eden Park unfortunately, he played bloody well though so fair play to him! To go up against a player of his calibre is great but you try not to get distracted and focus on yourself and your own job. I will hopefully have to deal with him again further down the line in the Tests – please God all going well if I get picked – but that playing against him was certainly one of the highlights. And getting to chat to him afterwards as well was amazing, bouncing a few things off him, having a general chat and swapping jerseys was pretty cool.

Proud of my @bluesrugbyteam brothers, respect to robbie and the lions boys.

I was asking him how the body was after his injuries, and what he made of the game. They were a bit frustrated by the rain as well because they wanted to run it a bit more – just a few little things like that which make a Tour like so special.

Q. What do you make of the country of New Zealand away from the rugby?

A. This is my first time being here, and I have loved it.  Getting to see both the north and south island already has been amazing. There are loads of beautiful mountains and lakes, and it’s pretty coastal as well so to be honest it reminds me a lot of being back home on the western coast, up in Connemara. It’s a really nice country, more than living up to everything I had heard before coming out.

Q. What about the people? Have they been giving you some stick when you are out and about?

A. The opposite actually! People have been coming up to us and congratulating us on the deserved result against the Crusaders. The Kiwis are rugby fanatics, that’s for sure, but they are humble in defeat and it’s been nice to see that.

Q. The Test series is now less than two weeks away, is it hard to focus on the here and now with that in your mind?

A. It’s tough, the first Test has crept up on us incredibly quick but what better way to prepare than to take on all the franchises? They are all packed with talent and not far off the New Zealand outfit. If we keep playing well we will roll in full of confidence. Everyone has their eyes on the Test places but for me personally, I have to focus on my next game and make sure I get better and put my hand up that way. The Highlanders is a game where everyone is looking to perform, but we need a complete performance as a team to get the result. You have to do the basics, execute it right and things will follow on.