The Lions starting XV for the clash with the Maori All Blacks includes 11 of the side that downed the Crusaders and Head Coach Warren Gatland admitted that victory in Christchurch was impossible to ignore. [more] 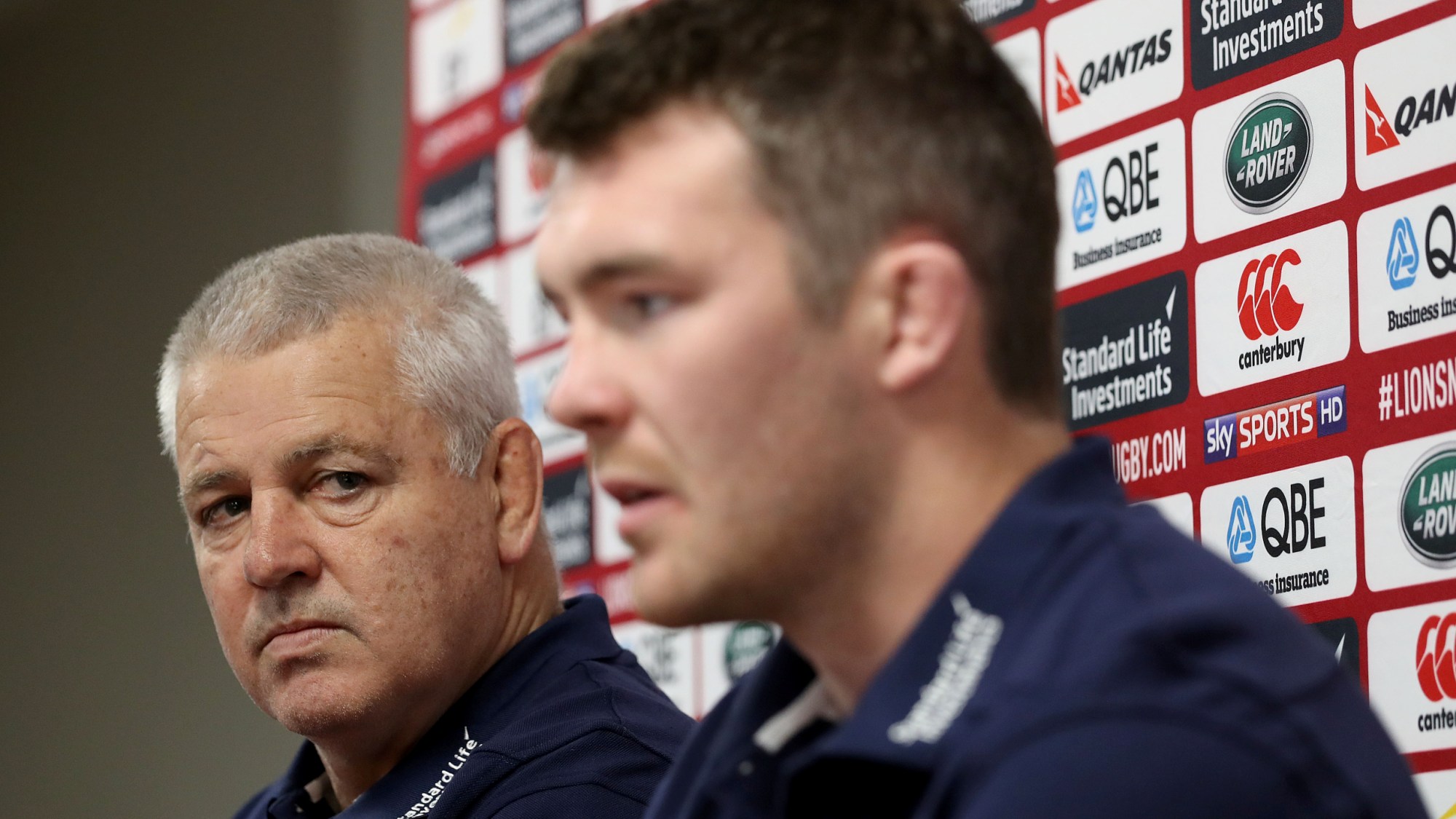 The Lions downed the Super Rugby table toppers 12-3 last weekend in the south island before then slipping to a narrow loss to the Highlanders in mid-week.

And seven of the starting forward pack from that Christchurch victory return this weekend, the only change seeing Maro Itoje come in for the rested Alun Wyn Jones – who had to play over an hour off the bench on Tuesday.

Jones’ absence means back-row forward Peter O’Mahony will take on the captaincy duties while in the back line Jonathan Sexton starts with Owen Farrell on the bench.

And Anthony Watson, so impressive off the bench against the Crusaders, gets a start on the wing with George North and Leigh Halfpenny completing the back three.

And Gatland hopes his side can replicate – and even improve – on that pulsating win last weekend over the previously unbeaten side.

“A lot of players performed very well individually, and it was a very strong collective performance as well,” he said.

“We felt that we wanted to make a few changes but reward a significant part of that team that played last Saturday night.

“We are all aware that you get one or two chances, some people are lucky and for whatever reason you may be involved in a combination that goes really well.

“Sometimes as coaches you have to reward that, we have gone for a lot of the same combinations.

“It is building on last week’s game and it is a massive challenge, the players that have played in that squad have done pretty well against the Crusaders, the best Super Rugby side in New Zealand.

“You know that another significant performance against the Maori gives you an opportunity to potentially be a part of that first Test match.”

📰 TEAM ANNOUNCEMENT | Here is The Lions squad to face the Maori All Blacks in Rotorua👇#MABVBIL details 👉 https://t.co/AlxYqqWC2C pic.twitter.com/N0qUjTKNMn

Saturday’s clash against the Maori – who on Thursday also unveiled their side – is an historic one for the Lions and New Zealand.

Gatland was in the crowd 12 years ago as a fan when the Maori downed the Lions and the Head Coach is expecting a raucous occasion in the Rotorua International Stadium.

“It has always been one of the unique sporting spectacles in world rugby, the special aura or ‘mana’ that they talk about in New Zealand that the Maoris bring, and culturally how important it is to the country,” he added.

“The players are incredibly proud to put that jersey on and represent not just the people of New Zealand but their tribes and where they are from.

“It is going to be a special occasion, I can remember watching 2005 the game in Hamilton and the atmosphere was something else.”

O’Mahony will captain the Lions for the first time in his career – and the Munster man cannot wait for one of the highlights of his career.

Congratulations Lion #833 Peter O’Mahony, who will captain The Lions against the Maori All Blacks

“To be picked for the Lions at all is a massive honour, and then to get the nod from Warren to be captain is hugely special, not just for me but for all the clubs and players and family that have put their effort into me,” he added.

“He (Gatland) just gave me a nod at breakfast and fired it at me and obviously I said I was delighted to (captain) and that was the end of it really!

“We are just getting to know each other, we have got to make the games count ad I think they are starting to come now.

“We have to do the jersey justice, not just for yourself, but for everything that the Lions stands for.”