The British & Irish Lions were in impressive form as they secured a record 32-10 victory against the Maori All Blacks in Rotorua as Warren Gatland’s side gathered momentum ahead of their first Test with the All Blacks next week. [more] 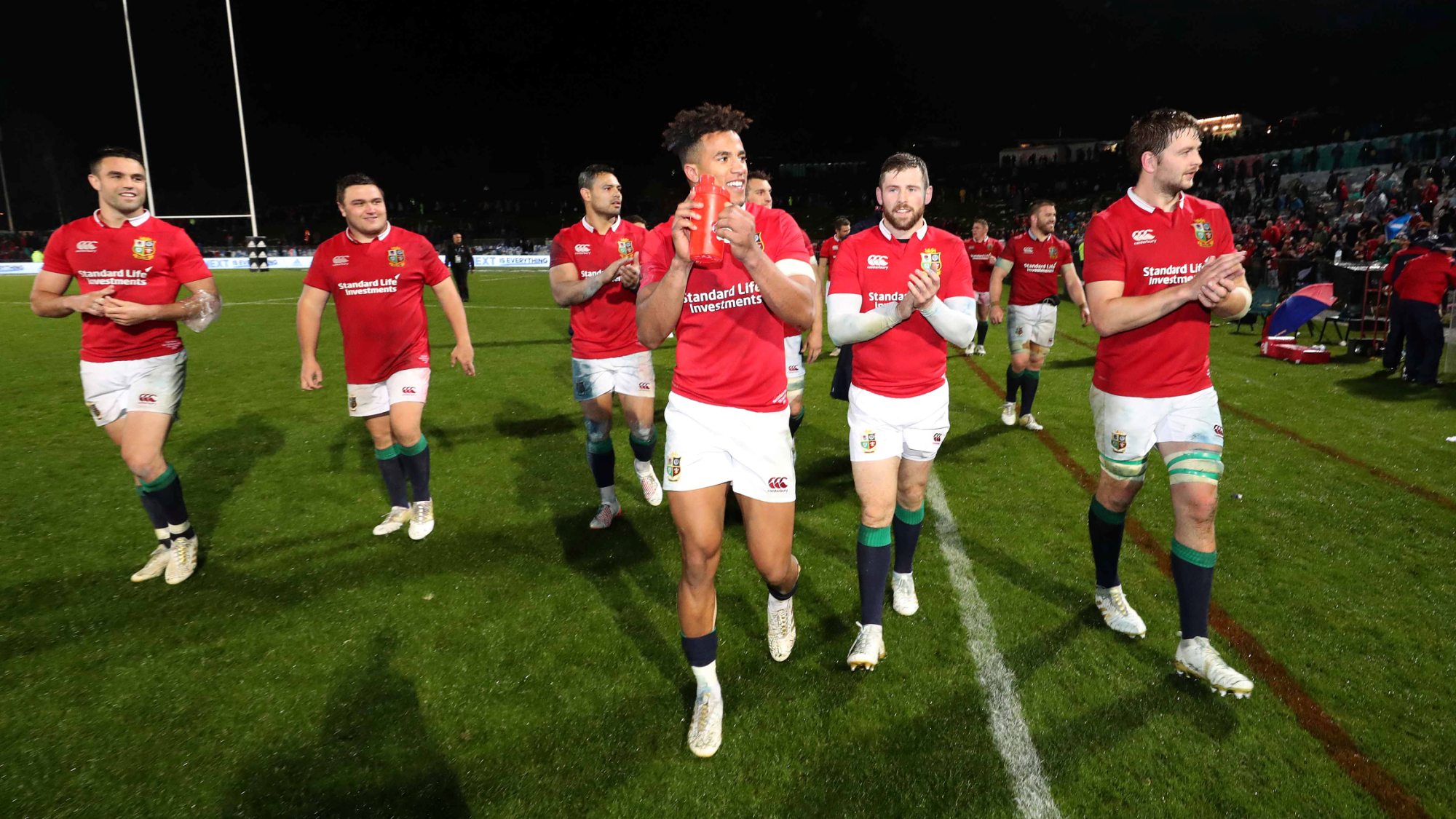 Leigh Halfpenny’s perfect kicking was backed up with a penalty try and Maro Itoje going over the line in the second half to seal a dominant win.

And the impressive Lions display left fans ecstatic ahead of the first Test at Eden Park as they took to social media to praise Gatland’s team.

The result will give the Lions squad a huge boost as they prepare to face the best team in the world in a three-Test showdown.

The game started with a traditional and very passionate haka by the Maori as they performed in front of the Lions side in wet conditions.

Lions heroes were up early to watch the match back home and Richard Hibbard was supporting Gatland’s side take on Maori.

And it wasn’t just people who were excited for the contest in Rotorua as this cat enjoyed the ‘purrfect’ performance by the Lions.

Leigh Halfpenny was phenomenal in front of the posts as he kicked perfectly to help steer the Lions to a vital win and after the game he praised the supporters.

Thanks for all the kind words. Enjoyed a hard fought game. Onwards! #AllForOne #LionsNZ2017 pic.twitter.com/0F6CWNfPYR

Unsurprisingly many Lions legends were quick to praise the Welshman and 2001 Lion Dafydd James gave his thoughts on Halfpenny.

superb game again today mate. Your boots are on fire 🔥🏉👍🏼#MABvBIL #LionsNZ2017 good luck in the big one

Halfpenny was a busy man after the game as he found time to swap shirts with Maori James Lowe.

This is what it’s all about – respect for your opponents after a tough match 👏🏼👏🏼 @jameslowenz great competitor! pic.twitter.com/7BJgWs38Wk

After the full-time whistle respect was shown between the two sides as Elliot Dixon and Sean O’Brien swapped shirts.

Not the result we wanted but fairplay to the lions they played the better rugby. Thanks to @seanobrien678 for the jersey swap

Maro Itoje put in a fine performance and dotted down in the second half to score his first Lions try and his club Saracens showed their appreciation for Itoje and their other representatives.

There was brotherly love on social media as Billy Vunipola tweeted out his support for the Lions and Mako after their win.

I told you the lions would do well!! 🦁

The full-time whistle was followed by news that Gatland had called up Scots Finn Russell and Allan Dell and Scotland Rugby were delighted with the selection.

BREAKING | Delighted to hear Scotland players Finn Russell and Allan Dell have been called up by the British & Irish Lions! 🦁 #LionsNZ2017 pic.twitter.com/RkvoVdpo9A

There were red shirts across the stadium as Lions fans turned out to get behind the team and there’s no surprise supporters were in fine voice at the end of the match.

Music to our ears – there’s nothing quite like hearing our choir songs being sung by our fans… #AllForOne#LionsNZ2017 pic.twitter.com/h1KWNckL6J

Lions Simon Shaw and Craig Chalmers were thrilled with the 32-10 win especially in the inclement weather.

More good work upfront leads to a much improved performance from @lionsofficial and a great result against a pretty tasty Maori ABs side.

The Lions were heavily praised for their work in set-pieces and Will Greenwood was happy to give his views on the visitors’ display.

And what better way to dish out an early father’s day present by putting in a show stopping performance and after the match Jamie George and Elliot Daly found their fathers in the crowd, a touching moment.