Ireland on form to ease past Japan

Ireland ran in seven tries as they made it two from two on their June Tour with a comprehensive 50-22 victory over Japan in Shizuoka. [more] 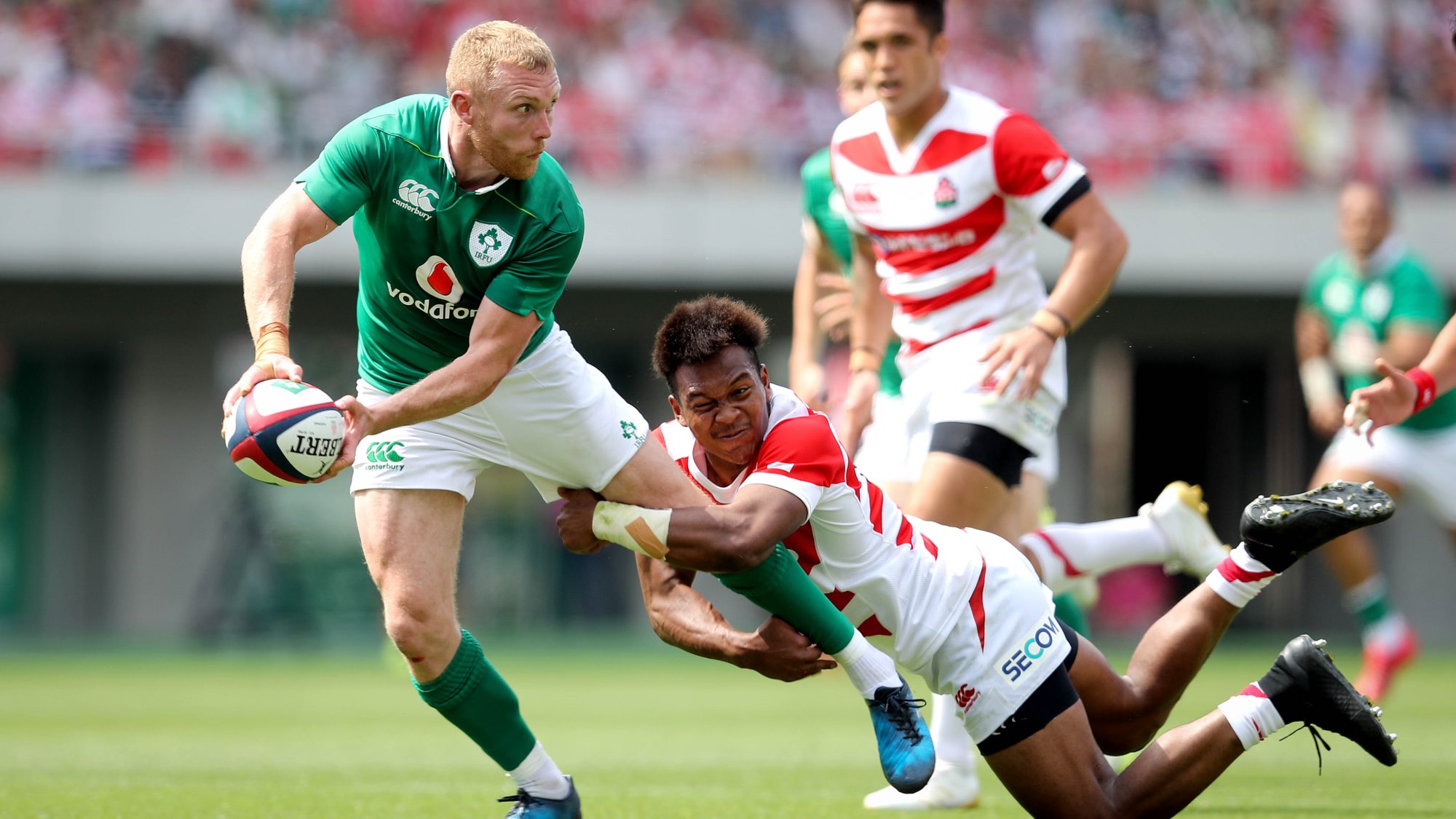 Keith Earls, a Lions tourist in 2009, scored twice, with Dan Leavy and Jack Conan also helping themselves to doubles and Garry Ringrose getting the other.

Paddy Jackson had given Ireland an early lead with a penalty before Earls crossed for the first try of the game after 12 minutes.

Yu Tamura got Japan on the board but Leavy then went over twice in the space of four minutes, with Conan’s first try enough to push Ireland into a 31-3 lead at the break.

That dominance continued at the start of the second half, with Conan going over for his second on 46 minutes, Jackson continuing a fine afternoon with the boot with his fifth conversion.

Japan got their first try on the hour, Ryo Noguchi going over, but Ireland hit straight back through Ringrose, whose try was converted by Rory Scannell.

And although Japan had the final say with two tries from Kenki Fukuoka and Yutaka Nagare, Ireland ran out comfortable winners, with the teams set to face off again next week in Tokyo.