Jack Nowell crossed for a double as the Lions warmed up for the Test series in fine style with victory over the Chiefs – and the winger was delighted to get his first win on Tour. [more] 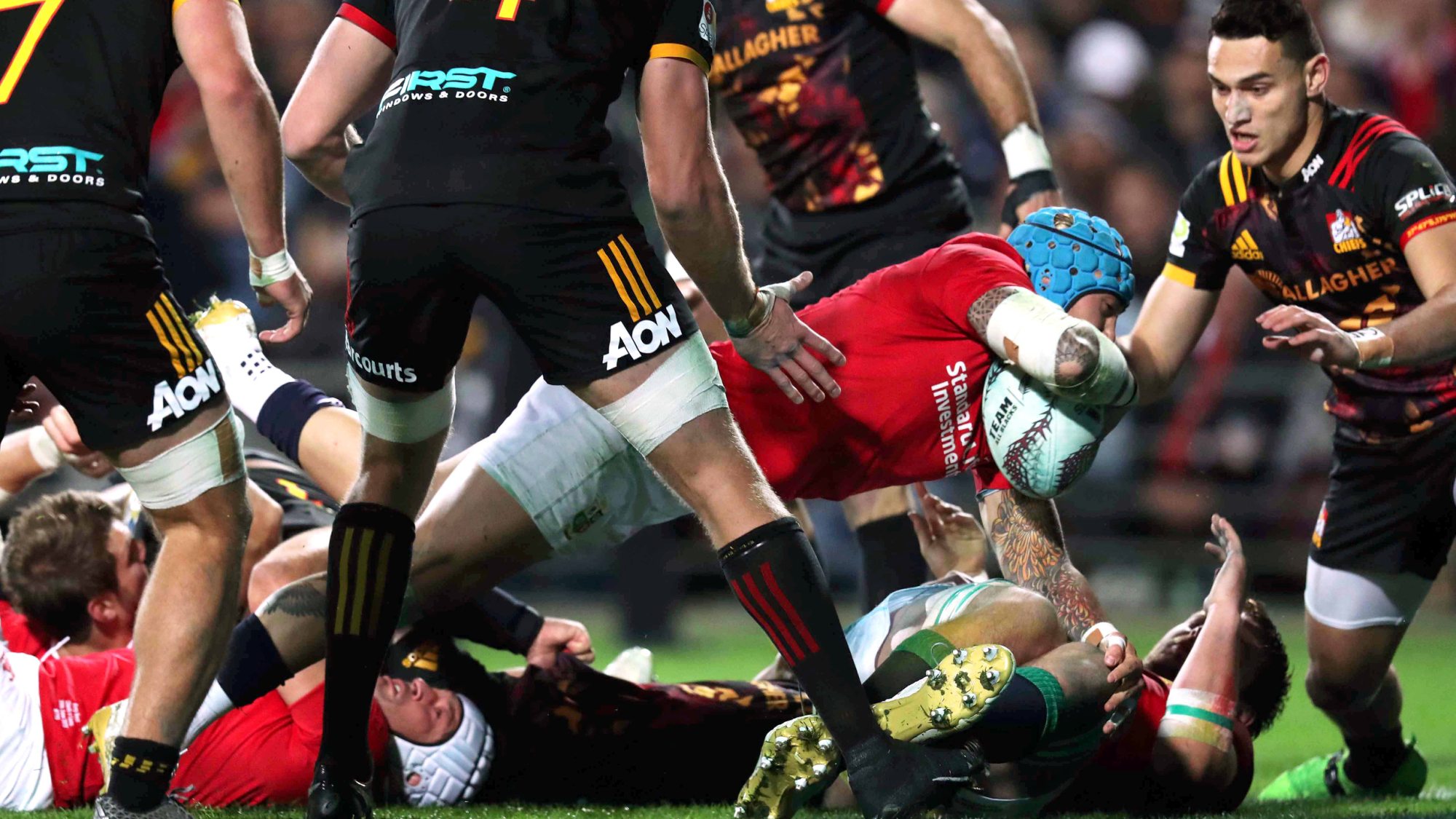 Nowell had started the mid-week defeats to the Blues and Highlanders but was in rip-roaring form on Tuesday in Hamilton as the Chiefs were put to the sword.

His try in either half, as well as a penalty score and Jared Payne’s effort sealed a 34-6 victory – the biggest of the Tour so far and the perfect morale-booster ahead of Saturday’s first Test against the All Blacks.

“It was very special, we set a big target this week and it was all about building momentum,” he said.

“We knew if we could cut out the penalties and silly discipline errors then we could go and win the game.

“We wanted to go out there in the second to last mid week game with a bang and I think we did that tonight.

“You can feel the atmosphere in camp after a big camp, the boys on the weekend have been doing that and it was good for us to carry that going.

“We are not a 23 out on the field at the weekend, we are a 40 or more man squad so it was special for us to carry it on – we have the three biggest games of the Tour coming up now.”

Nowell’s first two tries for the Lions demonstrated his predatory instincts, but the winger was quick to give credit to a dominant forward pack that laid the foundations.

“Right place, right time, I just wanted to go there and get my hands on the ball tonight, I felt like I had not got much into my game over the last couple of games,” he added.

“That is down to the forwards, when they put us on the front foot the game is easy.

“It is special to score any try in a Lions shirt, it is not just for yourself but for the boys that have put in the hard work before you, a lot of that is unseen, so for me to finish them off is pretty special.”

And Nowell reserved special praise for the support that sung their hearts out in Hamilton to drown out the cowbells in an impressive victory.

“We do our best to give them (the fans) something to cheer about and to have the support that we do out here is pretty mental,” he added.

“The three biggest Test series are coming up and it is all about momentum, and you can feel the buzz after the win so as long as we can carry that on it will be good.”