Te’o taking his rapid rise in stride with Lions

Ben Te’o’s remarkable rise through rugby union continued on Thursday when he was named to start for the Lions in the first Test against the All Blacks this weekend. [more] 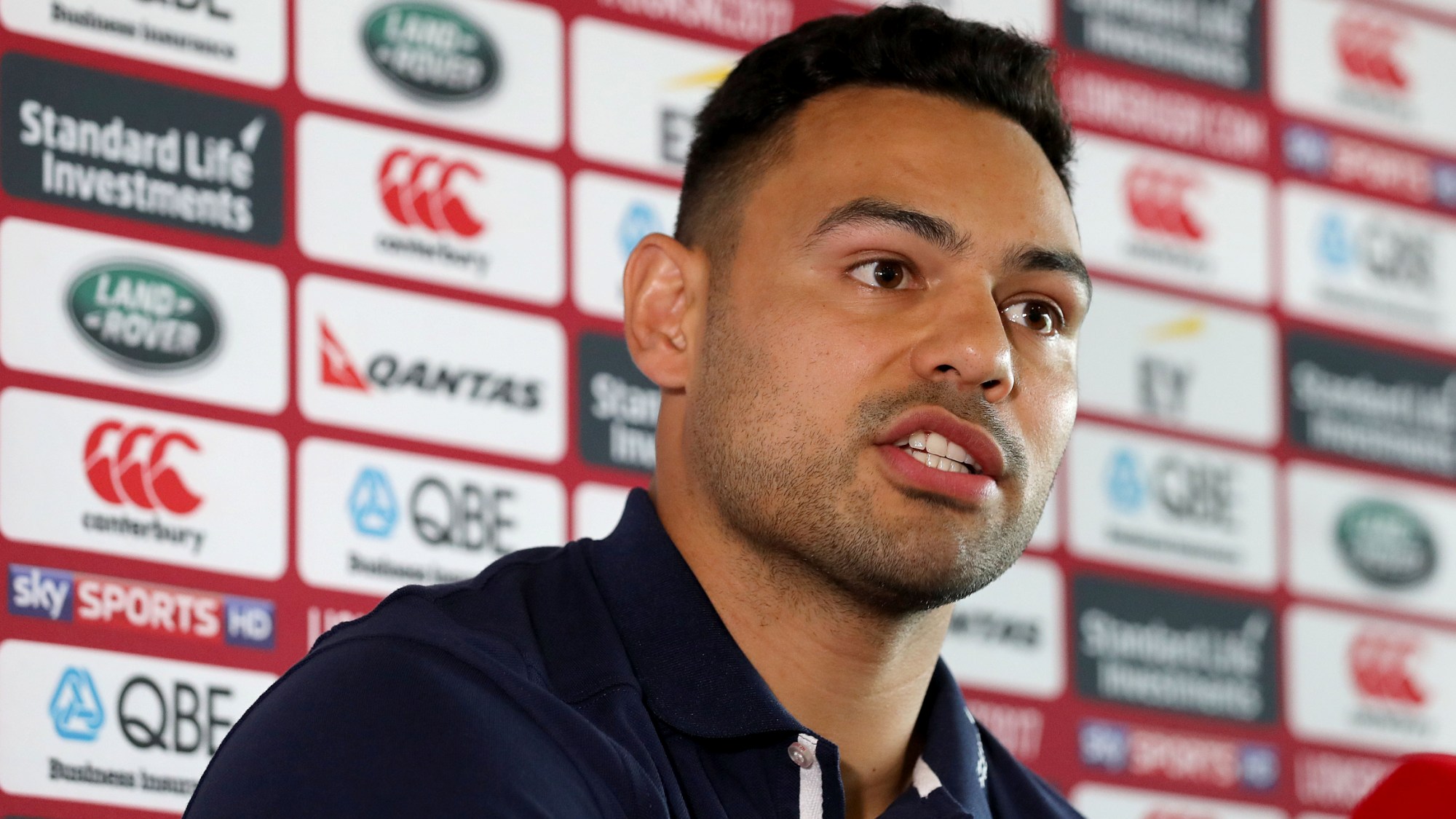 But the England centre insists he is taking it all in his stride as he prepares for the clash at Eden Park on Saturday night.

This time last year the 30-year-old the rugby league convert – born in Auckland and who cut his teeth in the NRL – had not yet made his international debut.

And now he lines up alongside Jonathan Davies in midfield in the biggest match of his fledgling rugby union career.

And the eight-cap centre, who has played the full 80 minutes in the Lions Tour wins over the NZ Provincial Barbarians, the Crusaders and the Maori All Blacks, is ready for the next challenge.

“It feels great, I have come on a journey through rugby union and I am very humbled and proud to be named in this team alongside so many world-class players,” he said.

“From when selections were made I was not thinking that I would be in, it came as quite a shock.

“And once I got on the plane I realised that every opportunity I got I had to try and seize, every game was a trial match.

“I just tried to play my best rugby, that is what I have been doing and I am happy that I have done enough that the coaches have showed some faith in me to play me.

“But it is only the beginning now, the real test is coming on Saturday and I am fully aware of what is coming.

“I understand the record, their standing in the game at the moment and just where the All Blacks are at in terms of their rugby.

“I understand it is going to be tough and we will have to be at our best compared to them.”

Te’o is likely to come up against his fellow code hopper Sonny Bill Williams who will wear No 12 for the All Blacks on Saturday.

But the centre welcomes the potential duel, and admits he is still learning his craft in his second code.

“A lot of the things you learn now are through games, yes you can pick some things up from watching some vision but most things and situations you find you have to go through it on the field.

“And every time you step up in bigger games you keep learning little things, I will learn a lot on Saturday and if I get another opportunity I will learn again so i am quite anxious and ready to face it.”

Te’o was actually born in Auckland, hailing from North Harbour, before taking his talents to Australia and the NRL.

But his family in the crowd have been told under no uncertain terms who they are to cheer for this weekend.

“I left here a long time ago,” added the Worcester Warrior.

“I grew up just up the road and played a bit of rugby here in this QBE stadium so  I know it well but left here at 17 and gone on a long journey and I am here now with the Lions, I would not say it is anything different.

“I have got some family here, they are looking forward to the game, they are kitted out in the Lions gear and they know who to support!”

England Interview News
Previous story Gatland: Lions must be bold and courageous on Saturday
Next story Lions Test excitement as big as ever for Jonathan Davies