Murray prepared for biggest game of his career

Conor Murray has played in two Rugby World Cups, a winning Lions Test series and was a key cog in Ireland’s historic victory over the All Blacks last year in Chicago. [more] 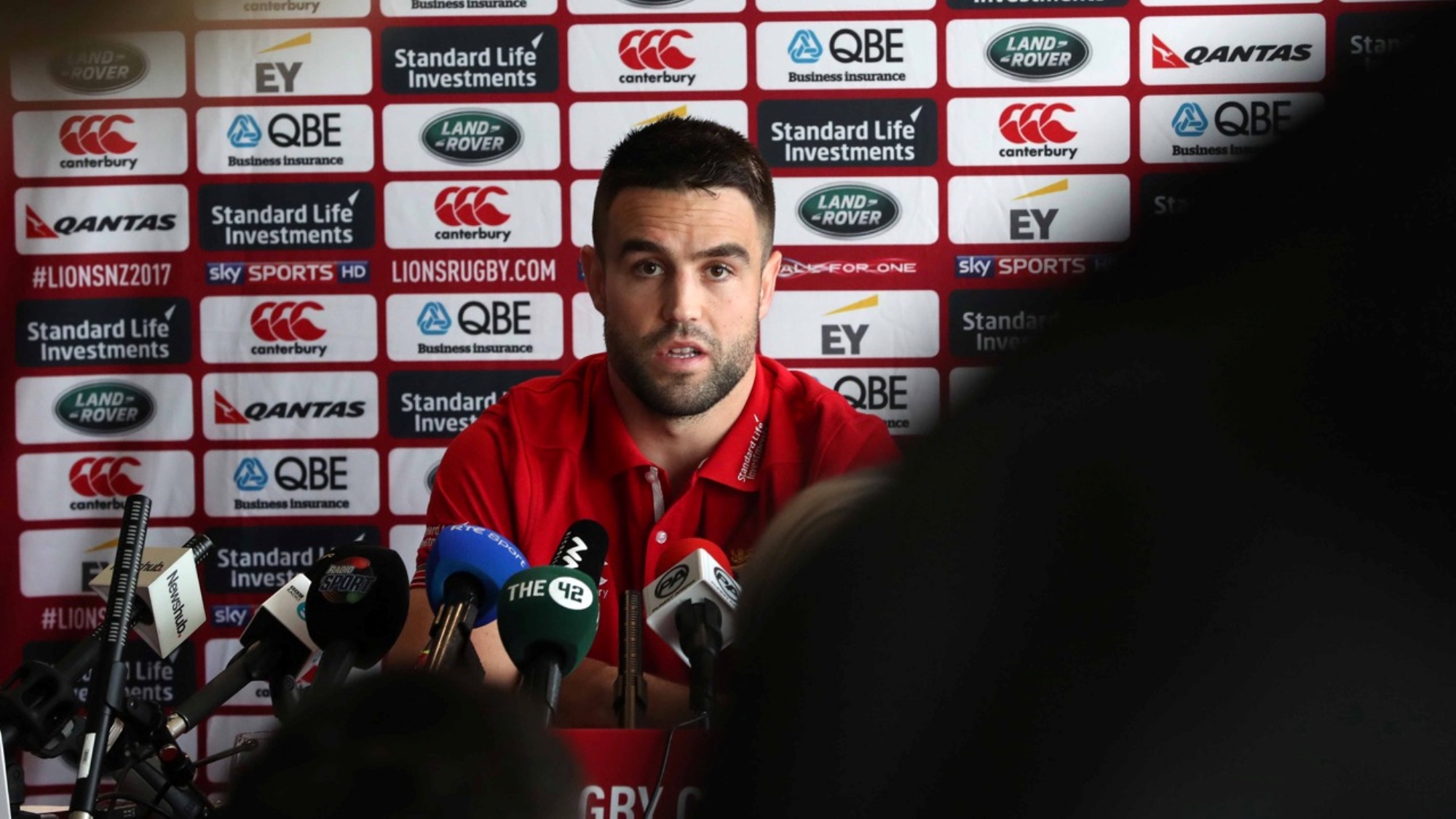 Big-game experience is certainly not lacking for the Ireland scrum half so when the 28-year-old says Saturday’s first Test against the All Blacks is the biggest game of his career, it pays to sit up and take notice.

The 2017 Lions are back in Auckland on the eve of the first Test at Eden Park, carrying momentum from impressive victories over the Crusaders, Maori All Blacks and Chiefs.

But Murray – who came off the bench in the third and final Test four years ago against Australia – knows that all counts for nothing when kick off comes on Saturday evening.

And when asked if this was the biggest game of his career, the scrum-half was unequivocal in his reponse.

“Just to be involved in a group of players like this, with the talent that we have, to get the nod from the coaches fills you with confidence.

“To test yourself against the best team in the world is going to be really special.

“When I got selected for this Tour I knew it was going to be very tough to get into this matchday 23.

“We have worked hard, we have built our performances and we are at a place now where we are confident now.

“I am honoured to get a chance to represent this group.”

Murray is one of ten players in the matchday 23 for the Lions that downed the Wallabies four years ago with an historic victory in Sydney.

And the Munster No 9 is confident this group can go even further than their predecessors.

“It has not been mentioned much, but we have definitely learned from 2013 in terms of a new group coming together,” he added.

“We weren’t used to each other when we met up so just working really hard to gel, to understand each other and the game plan has been massive.

“And there is a bit of confidence from the series win in 2013, we know this is a completely different kettle of fish, but to know that we can do it, and I think the potential of this squad is greater than it was in 2013.

“That is really exciting and a lot of the lads know that and are looking forward to getting started.”

Murray was one of the stand-out performers in Chicago when Ireland claimed victory over the All Blacks last year – for the first time in 111 years of trying.

That also gives belief, but Murray is not taking anything for granted against the reigning two-time world champions.

“It is something we definitely take confidence from, it is not the be all and end all, it was a long time ago,” he added.

An honour to put on @britishandirishlions jersey again and get the win. On to the next one! #allforone

“But to show that it can definitely be done is something we are proud of, we have looked at that game and certain things we did we will try and implement.

“It is getting real now, when we first arrived there were fans here that were quite vocal but over the last week you can just see the sheer volume of numbers arriving, the buzz is there and it feels proper now.”