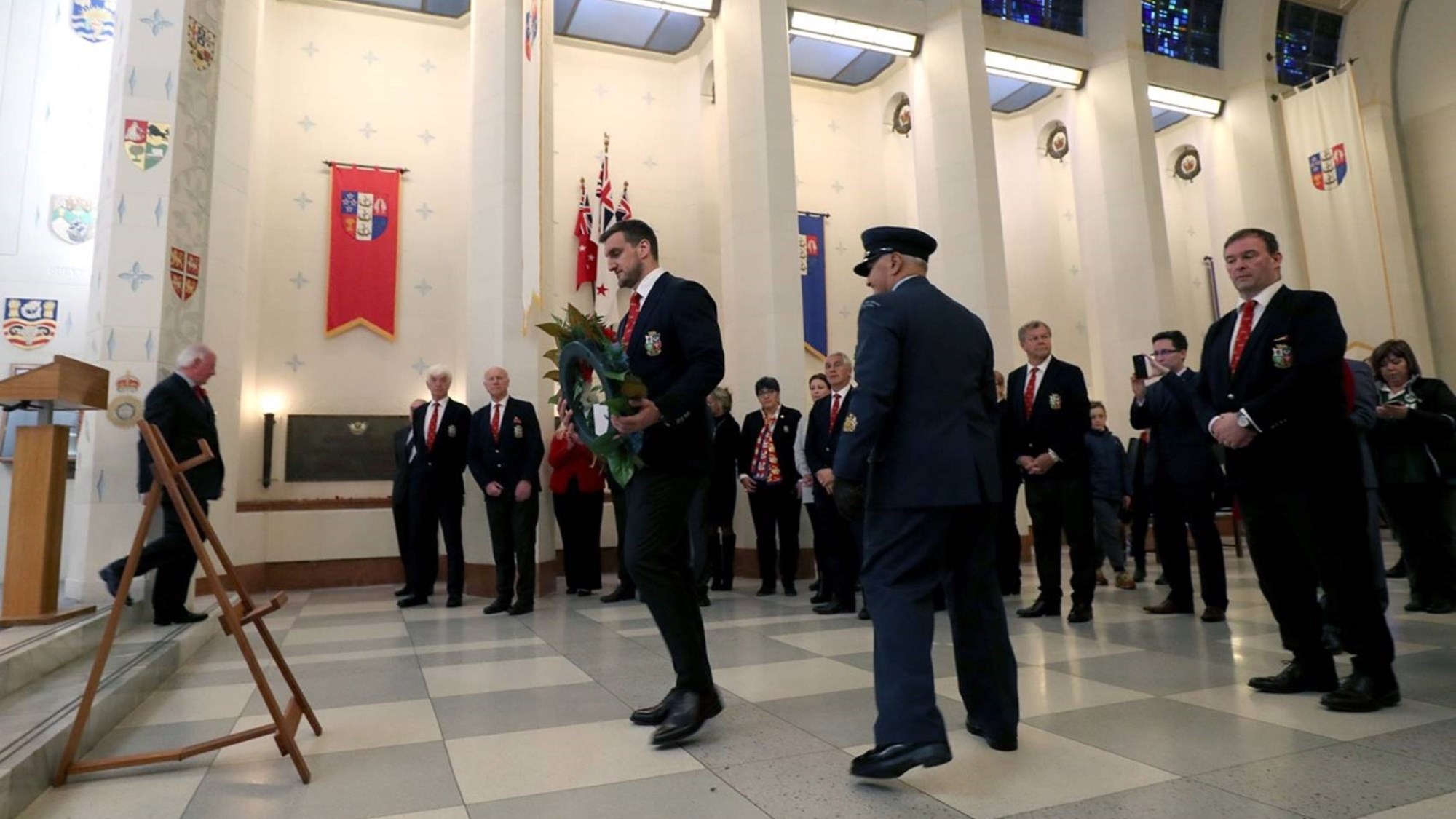 The site is New Zealand’s principal commemorative site for acknowledging the impact of war on the country, which saw around 5,000 deaths in 1917 during the battles of Ypres, Messines and Passchendaele.

Pukeahu is a place to remember those who have died and reflect on how experiences of war, military conflict and peacekeeping have shaped ideals and national identity. 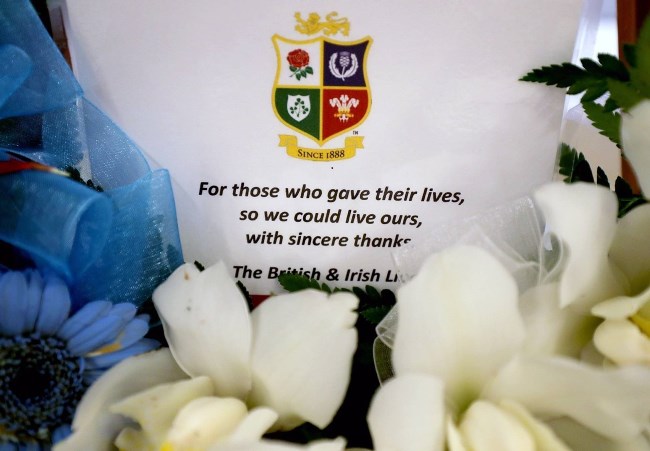 The Lions representatives signed the visitors book at the memorial before being given a short tour of the Hall of Memories.

After a welcome speech from NWMAC Chair RADM David Ledson, there was a short reading of a Soldier’s Story – James McNeece, an All Black killed at the Battle of Messines, while Tour Manager Spencer also spoke.

Tour captain Warburton laid a wreath at the Tomb of the Unknown Warrior before a verse of Binyon’s Ode to the Fallen was read in English by Lions Chairman Grace, as well as being read in Te Reo Maori.