Competition winners enjoy trip of a lifetime with Lions

Scott Hodgins and his son Xander enjoyed the trip of a lifetime courtesy of Qantas and EY after the competition winners flew into Auckland for the Lions first Test against the All Blacks. [more] 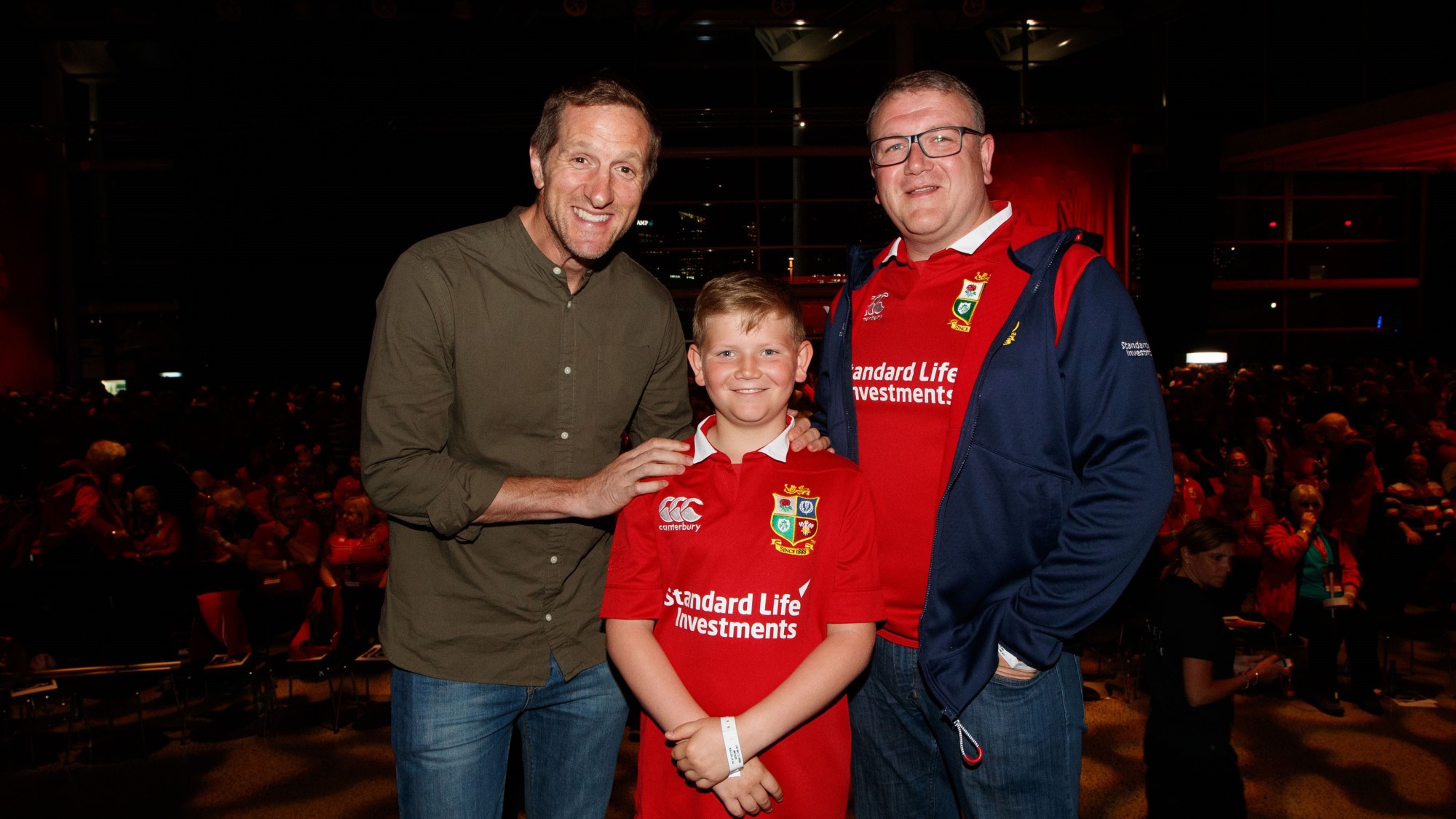 The father and son entered on the official Lions app months ago, and Hodgins senior admitted it had slipped his mind by the time the good news arrived in his inbox.

But after clearing things with work, and Xander’s school Sedbergh Prep, the duo arrived in time for the first match against New Zealand.

“We entered the competition on the Lions App and then an email landed a few weeks later and I actually had forgotten I had entered!” he said.

“But I rang the number and it was all confirmed – it really was amazing.

“This is my first Lions Tour, i have wanted to come for years but it’s hard to try and find the time, with job and family.

“Work have been really good, they have all got behind it. I thought I might have to sell it a bit but they were fantastic.

“But the biggest thing was twisting the headmaster’s arm to get Xander out of school. To be fair, that only took six seconds, he was very very supportive.

“This is a once in a lifetime opportunity, a great chance to go away and see the world – this might be the only time Xander gets over here to New Zealand – I hope it isn’t.

“To come to the other side of the world for a rugby match, and we head home Tuesday, has just been amazing.”

Rugby-mad Xander – a Saracens fan who counts Owen Farrell unsurprisingly as his favourite player in the 2017 touring party – was also grateful for the time off school!

“I’m a big rugby fan, Saracens are my favourite team and Owen Farrell is my favourite player – he’s a really good kicker so it has been great to see him out here,” he said. 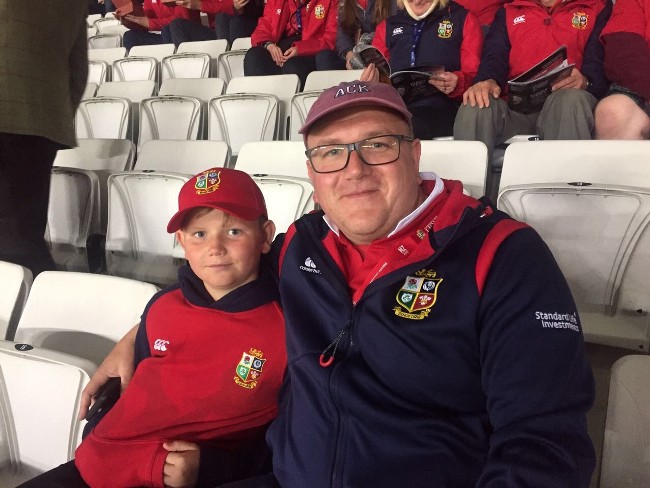 “I play for my school and for my local club Kirkby Lonsdale, at scrum half and inside centre.

“I didn’t miss any exams at school, but I did get to a miss a choir practice which I was pretty pleased about!”

And Hodgins senior admits that there are a few more things to sort out in Auckland besides the rugby before they return home.

“We are hoping to get a chance to do some sailing, whale watching, it’s magic out here,” he added.