After defeat in the first Test, Warren Gatland’s side know that victory in Wellington is a must if they are to take the series to a decider. [more] 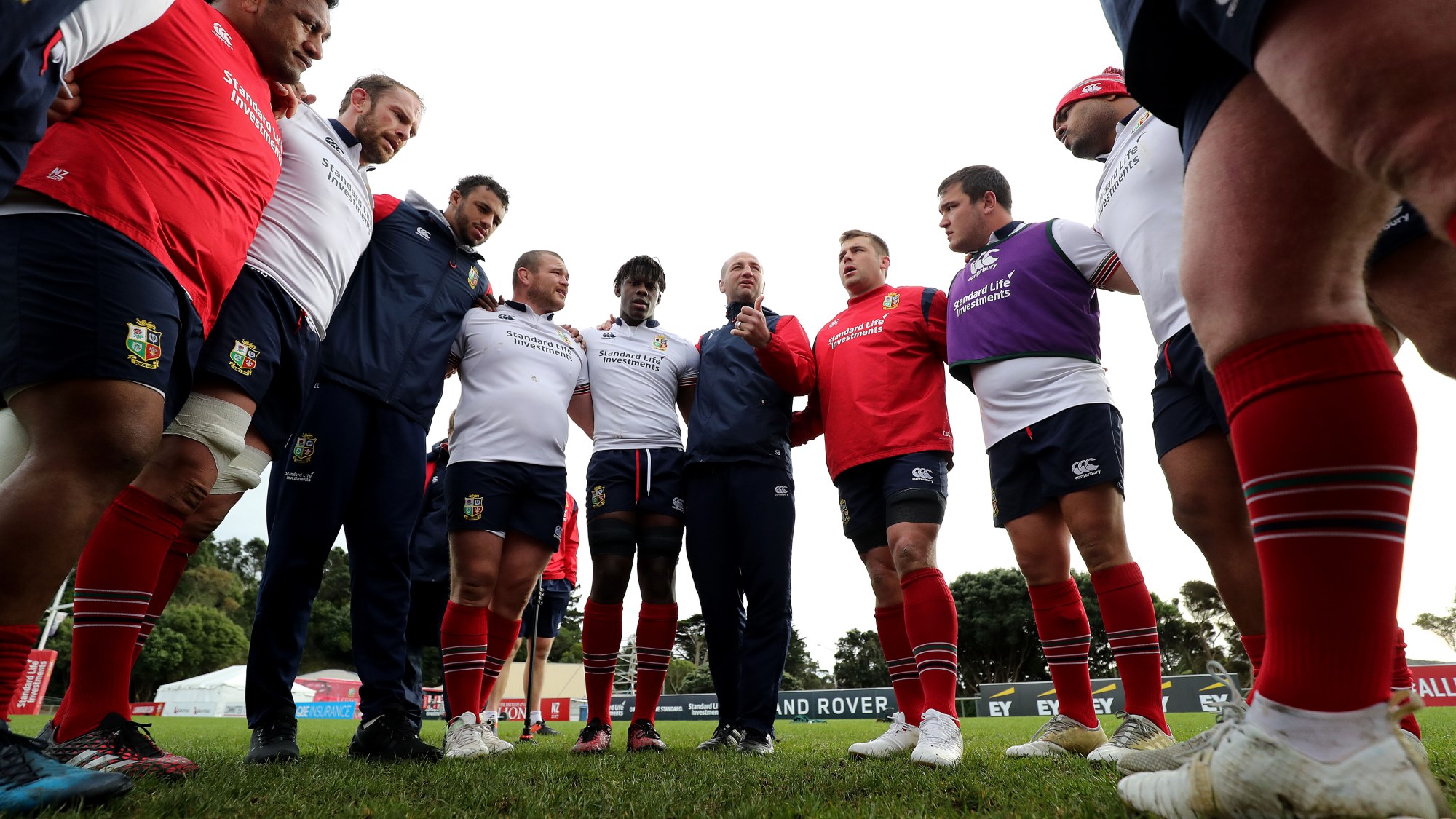 At a raucous Westpac Stadium, with the sea of red in full swing, the Lions are looking to turn the tables, just like they did against Australia in 1989.

Saturday night in Wellington is set to be a wet one and it is sink or swim time for the Lions.

Gatland has made three changes to his starting XV, with Sam Warburton coming into the back row and taking the captaincy from Peter O’Mahony while Maro Itoje starts in the second row.

In the backline, Owen Farrell slides to inside centre while Jonathan Sexton starts at fly half, with Ben Te’o poised to make an impact from the bench.

Warburton’s inclusion means he starts the second Test alongside compatriot Taulupe Faletau and Ireland’s Sean O’Brien in the back row.

👍A great welcome for the sea of red at the Eve of Test event! Great atmosphere building #LionsNZ2017 #AllForOne #NZLvBIL pic.twitter.com/jQ6L2MZ6oj

The second row sees Itoje paired with Alun Wyn Jones while the front row is maintained from the first Test, Mako Vunipola, Jamie George and Tadhg Furlong to start.

Conor Murray and Sexton resume their half back pairing while Farrell joins Jonathan Davies in midfield.

The back three of Anthony Watson, Elliot Daly and Liam Williams are given another chance to impress after their superb counter-attacking ventures in the first Test.

Warren Gatland on the size of the task in front of his side:

“It is a big challenge for us. As coaches and player,s we know that the series is on the line.

“A lot of the players have spoken about it being the biggest match of their careers.”

Sam Warburton on his recall to the starting XV:

“I really didn’t know what was going to happen. I thought some guys played absolutely brilliantly on Tuesday and could have come straight into the Test team, which we saw happen last week.

“I was very nervous but I am delighted to be starting in the Test series.”

Andy Farrell on what is on the line:

“We are playing the best in the world in their own backyard and they are 1-0 up and we need to win – it doesn’t get any bigger than that.

“We will see what we are made of.”

Steve Hansen on another potential classic:

“It’s got all the earmarks of being another great Test and that’s what we’re here for.

“Our game is way more important than all of us and if we can produce the game that has ebbs and flows in it, we’ll get more people excited about watching it and more people involved in it, and our game stays alive.”

The world champion All Blacks have made two injury-enforced changes to their starting XV after the first Test.

Ben Smith and Ryan Crotty are both out so in comes Waisake Naholo on the right wing, with Israel Dagg moving to full back while Anton Lienert-Brown comes into midfield.

The pack remains the same, with the four Crusaders of Owen Franks, Codie Taylor, Joe Moody and Sam Whitelock joined by Brodie Retallick in the tight five.

The back row of Jerome Kaino, Sam Cane and skipper Kieran Read remains, with Aaron Smith and Beauden Barrett the half back pairing.

Sonny Bill Williams re-links with Lienert-Brown after their impressive showing against Samoa a fortnight ago while Dagg and Naholo are joined by two-try hero from the first Test Rieko Ioane in the back three.

The bench is the same as the first Test, except that Ngani Laumape – a try-scorer for the Canes on Tuesday against the Lions in their thrilling draw – is No 23.

Aaron Smith was the heartbeat of the All Blacks’ powerful display in the first Test, the scrum half’s crisp delivery putting his side on the front foot throughout.

And it was the No 9’s quick thinking that laid on the first try for Taylor after a quick tap penalty, and the Lions will need to contain the Highlanders half back if they are to have a chance in the second Test.

Conor Murray – a Test Lion four years ago in Australia – is his opposite man and the Munster scrum half will be hoping to turn the tables, as he did in November last year.

The Ireland international was sublime as Ireland downed the All Blacks in Chicago and his box kicking has been a key feature of the Lions’ best wins on this Tour.

The Lions have come from behind to win a three-Test series twice in their history – in 1989 and 1899.

The All Blacks have not lost in Wellington since England visited there in 2003 but this Lions starting XV side contains eught Test Lions who downed the Wallabies in the decider four years ago, including back row pair O’Brien and Faletau.

The Westpac Stadium – nicknamed the ‘Cake Tin’ – opened its doors in 2000 as it replaced the historic Athletic Park, the scene of memorable Lions victories over the All Blacks from 1971 and 1993.

Built at a cost of NZ$130 million with a capacity of 34,500, it is a multi-purpose venue and is home to the Hurricanes Super Rugby franchise and the Wellington Mitre 10 Cup team, while it has also hosted the Welllington Sevens, as part of the World Rugby Sevens Series.

It’s the eve of the second Test!

The list of sports doesn’t stop there as six rugby league internationals have taken place on its turf, including the 2014 Four Nations final, while it is also a major concert venue.

The Lions have strutted their stuff here already on this Tour, playing out a dramatic 31-31 draw with the Hurricanes last Tuesday.

They also played twice here in 2005, with their first visit producing a 23-6 victory over Wellington, thanks to tries by Gethin Jenkins and Gareth Thomas.

The second Test also took place there, with the Lions being defeated after Gareth Thomas’ early opening try, with All Blacks fly-half Dan Carter in dazzling form.

Jerome Garces is the man in the middle for the second Test, the Frenchman taking charge of his second game on this Tour after also refereeing the Lions’ win over the Chiefs in Hamilton.

Jaco Peyper, referee in the first Test, is a touch judge alongside Romain Poite, who will take charge of the third and final encounter. The TMO is George Ayoub.

Every game of the Tour will be shown on Sky Sports 1 at 8:35AM BST (7:35PM local time) in New Zealand and live on Radio on Talk Sport.

HOW TO GET INVOLVED