The British & Irish Lions 24-21 victory over New Zealand in the second Test in Wellington certainly kept everyone on the edge of their seats. [more] 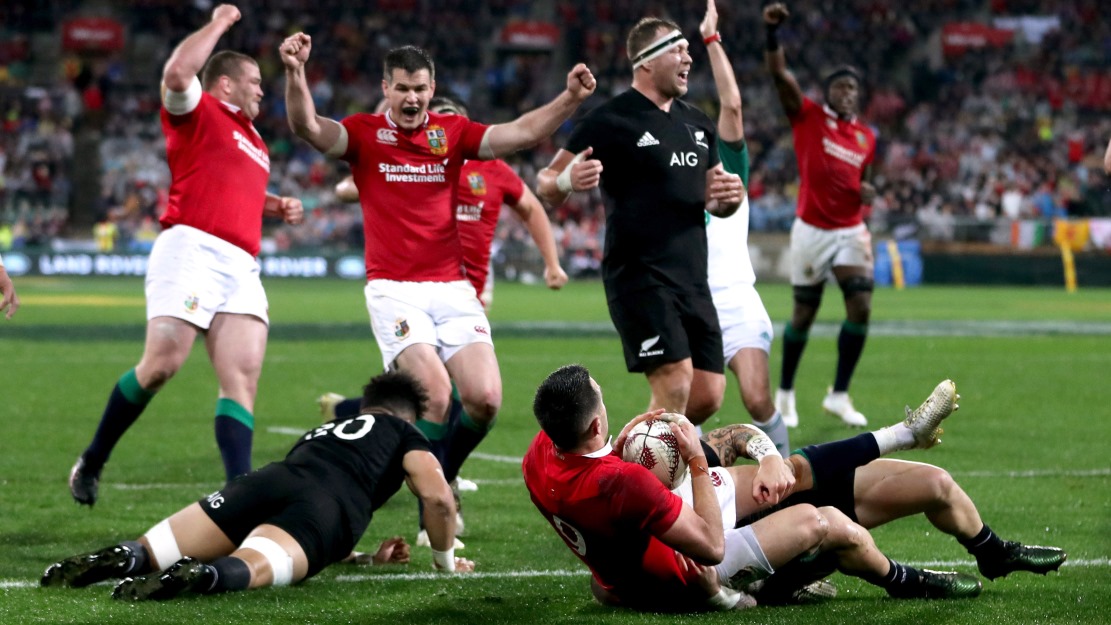 Lions fans from across the world were tuning in and sharing their thoughts on the match using the hashtag #LionsNZ2017.

In an enthralling second Test in Wellington, Saracens’ Owen Farrell slotted a late penalty to edge the Lions ahead for the first time in the match and the seal a dramatic comeback victory.

Taulupe Faletau and Conor Murray had brought the Lions back into a game from 18-9 down before Farrell delivered the crucial final blow.

And with the series level at 1-1 heading into the third Test in Auckland, we’ve compiled the best bits from social media from throughout the match:

Maro Itoje enjoyed something of a family reunion after the game with his dad celebrating the win:

When your pops is 100% more happy than you!! Thank you for the all the support. Onto next week!!! 🙌🏾 pic.twitter.com/96agskaeEl

Captain Sam Warburton paid tribute to his team and the vocal supporters after a thrilling contest:

Really pleased we’ve managed the get the series back to 1-1 and what will be an epic game next Saturday at Eden Park. I would like to thank the absolutely fantastic Lions fans. In and out of the stadium. You guys make the tour so special and all the players really appreciate all the time, effort, travel and money you spend to support us all the way. Thank you!! 🦁 🏉 #AllForOne

You can hear the fans cheering the team as they leave the field at the end of the game:

Winger Anthony Watson shared the victory with his father, but is already looking ahead to the third Test:

Onto the next 1. Pops giving words of wisdom 😂

They may not have been able to join the Lions in Wellington but Stuart Hogg and Ben Youngs were both following the action closely and were delighted with the final result:

How good is it that it’s coming down to the last test brilliant for both teams so fitting for the occasion the lions bring. I’m excited 🦁🥝

There were high fives all round for Owen Farrell after that kick in the final moments:

It was a tense match and 2001 Lion Iain Balshaw was hoping for some divine intervention to help the Lions out:

Anything for you pal pic.twitter.com/1RqB9OTytn

Three-time Lion Matt Dawson thought there were shades of 1997 and his famous dummy in the Conor Murray try:

Nothing like a dummy and go down the short side…. #LionsTour2017

Lewis Moody was impressed with a captain’s performance from Sam Warburton:

Well done @samwarburton_ your @lionsofficial team was immense. Fantastic shift from the captain👍🏼🦁

All Black Sean Fitzpatrick congratulated the Lions on their victory:

A huge congratulations to the @lionsofficial on winning in Wellington. What a test match. @AllBlacks pic.twitter.com/Bjz1HUWQFz

Plenty of players who have represented the Lions in the past were enjoying the match, including Doddie Weir:

Can’t wait till next Saturday @lionsofficial

There was lots of praise for the tremendous Lions fans who created a sea of red in Wellington:

I was there in amongst an amazing sea of noisy @lionsofficial fans in red!! 🏉👍 pic.twitter.com/R82YxOa5rf

It’s now set to be a big week for both sides as they prepare for a final Test decider:

Delighted for the staff and players. What a week ahead to be a lion on that tour.

Great, gutsy victory by @lionsofficial over the @AllBlacks – great to have series decider next week. Would have been a long week without it

And it wasn’t just rugby players who were watching on, here are a few others who had something to say: