Owen Farrell is anticipating the biggest game of his career if he is selected for the Lions third and final Test against New Zealand next weekend. [more] 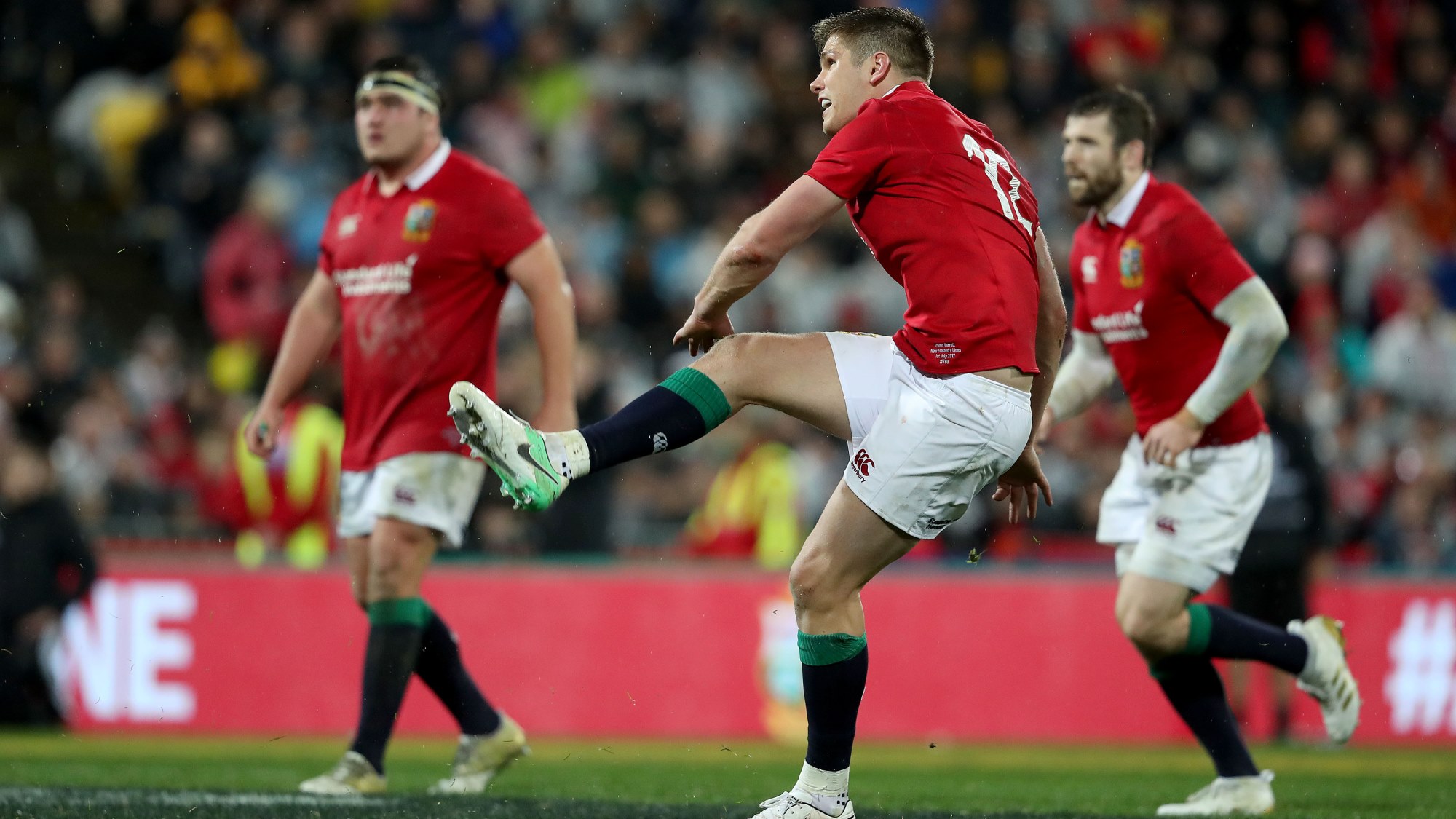 The British & Irish Lions go into the match at Eden Park level in the series after a 24-21 victory over the All Blacks in Wellington with Farrell kicking the match-winning penalty.

And while the Saracens fly half admitted the squad would enjoy their success, the two-time European Cup winner had no doubt focus would quickly switch to Auckland.

“We are only halfway there, it all comes down to the last game but I guess, that biggest game of your life that just happened will now be next week so we will look forward to that one,” he said.

“As a team, we are level in a series now, there is still a big game to come next weekend and it is all down to that now.

“We are fully focused. We will enjoy tonight, you always celebrate your wins and then our focus will switch to next week.

“At times there was no wind or rain and at times loads of rain and wind.

“It’s the first time I have played at this place but I have heard it swirls but we are thankful to get on the right side of the score and we will look forward to next week.”

Farrell moved to inside centre for the second Test with Jonathan Sexton coming in at fly half and the pair linked up twice in the move which led to Taulupe Faletau’s try at the Westpac Stadium.

After Conor Murray added a second Lions try to level the scores, it came down to Farrell to slot a vital penalty to move them ahead for the first time in the match in the closing moments.

And Farrell felt that the new 10/12 combination worked well in Wellington and is confident there’s more to come if conditions allow at Eden Park.

“Communication was good, it is pretty easy when you are both talkers as Johnny does and I would hope I would,” he said.

“It was pretty simple and hopefully next week the conditions will allows us to play a bit more but more than that we need to get more field position.

“There are loads of decisions to make in the game so you have to take it step by step and make sure you are making the right one more than not.”

The best part of winning? Celebrating with your friends and family 🙌
😊 #AllForOne #LionsNZ2017