The Lions came from behind to level the Test series against New Zealand and set up a tantalising decider at Eden Park in Auckland next Saturday. [more] 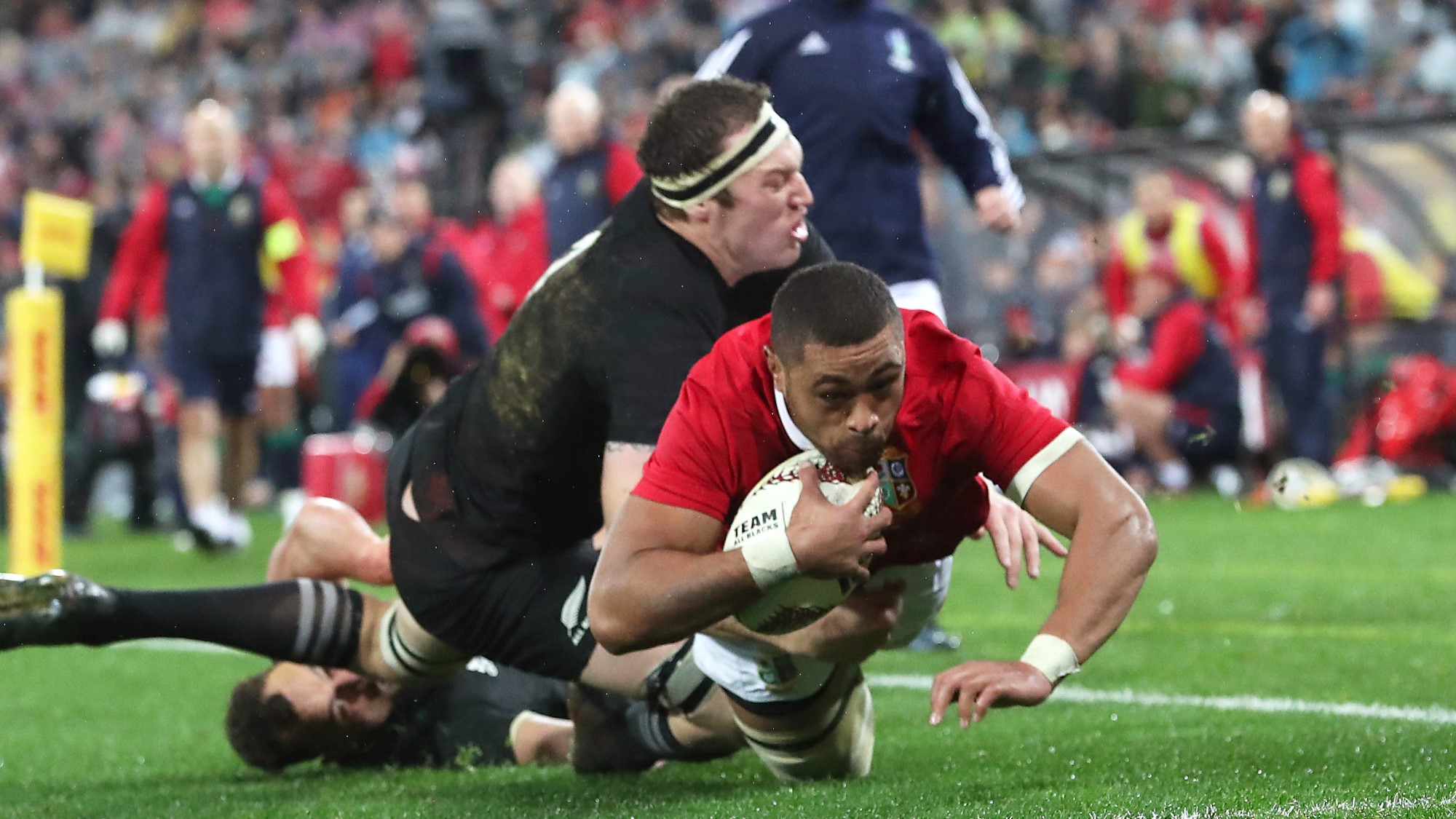 Tries from Taulupe Faletau and Conor Murray, along with 14 points from the boot of Owen Farrell, made the difference in a 24-21 victory in Wellington.

New Zealand managed seven penalties from the tee through Beauden Barrett, and came very close to victory despite losing Sonny Bill Williams to a red card in the first half.

However, Farrell’s late penalty sealed the win for the Lions, and they now head to Auckland looking to complete the series victory.

Here we’ve picked out five key moments in the game:

NEW ZEALAND DOWN TO 14

The Lions had more of the early possession but found themselves three points down after a Beauden Barrett penalty.

Owen Farrell levelled matters but on 25 minutes Sonny Bill Williams was penalised for a no-arms tackle to the head of Anthony Watson.

After consultation between the officials, he was shown a red card by referee Jérôme Garcès, leaving New Zealand to play the last 55 minutes of the game a man down.

LIONS LEVEL AT THE BREAK

Despite playing with 14 men, New Zealand were able to get their noses back in front on two occasions in the first half. 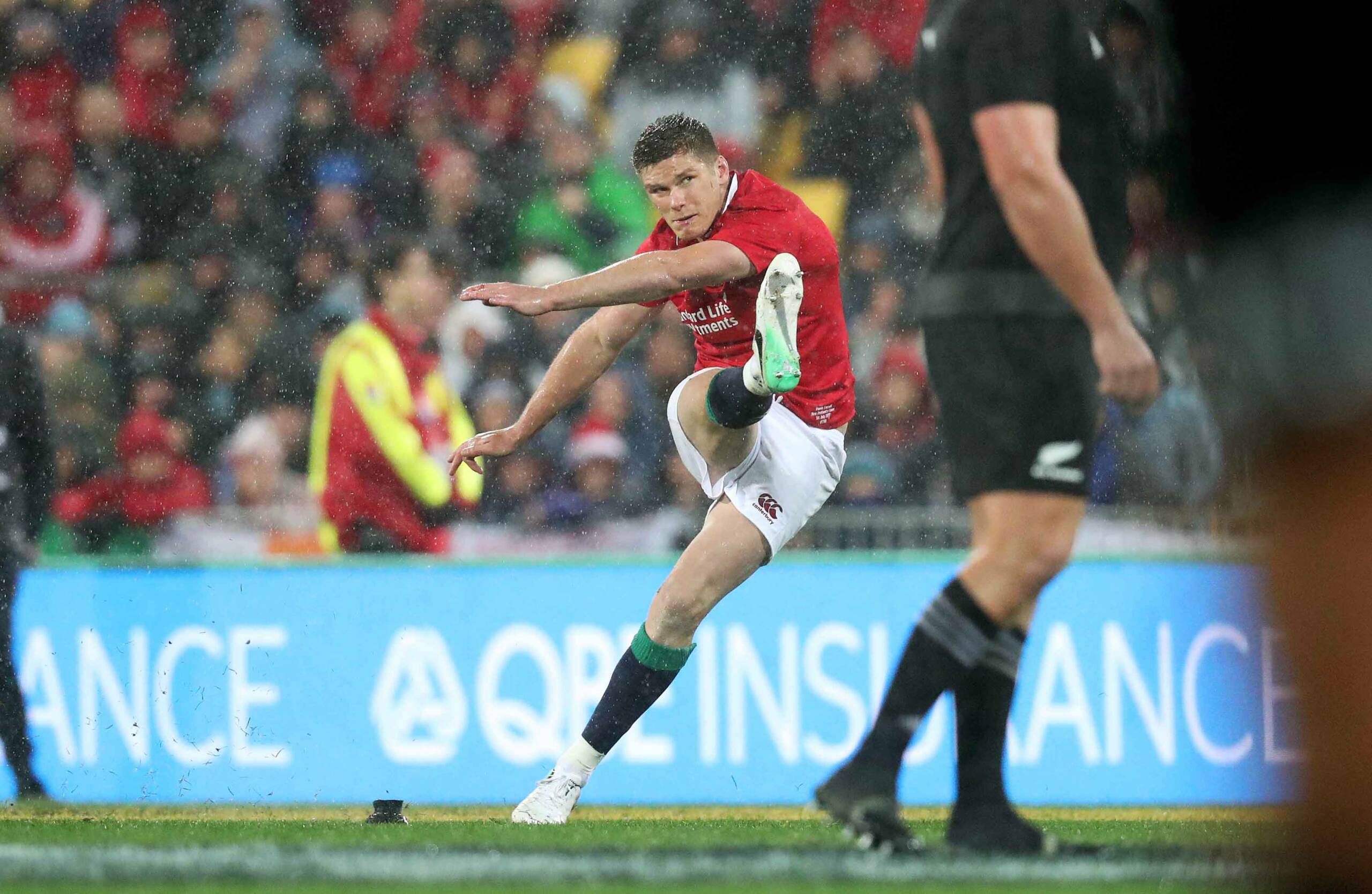 Trailing 9-6, the Lions were desperate for a score before half-time. After a scrum penalty they attacked down the left of a lineout. With a penalty advantage Conor Murray tried an up-and-under which caused havoc in the All Black defence.

Anthony Watson couldn’t quite claim the bouncing ball to score the try, but they came back for the penalty which Farrell slotted to make it 9-9 at half-time.

The first 20 minutes of the second half belonged to the All Blacks, who stretched out an 18-9 lead as they took advantage of Lions indiscipline.

Both teams were down to 14, Mako Vunipola sent to the bin just before the hour, but the Lions struck having just gone behind by two scores.

Off a lineout a wrap around move from Jonathan Sexton put Watson away down the right. He was brought down about ten metres out, but the Lions got quick ball and came back the other way.

Liam Williams delivered the final pass to Taulupe Faletau outside him, and the No 8 was too powerful for Israel Dagg from close range, and powered over.

MURRAY TRY EVENS IT UP

Owen Farrell missed the conversion to Faletau’s try, and a seventh Barrett penalty pushed the All Blacks’ advantage back to seven points. 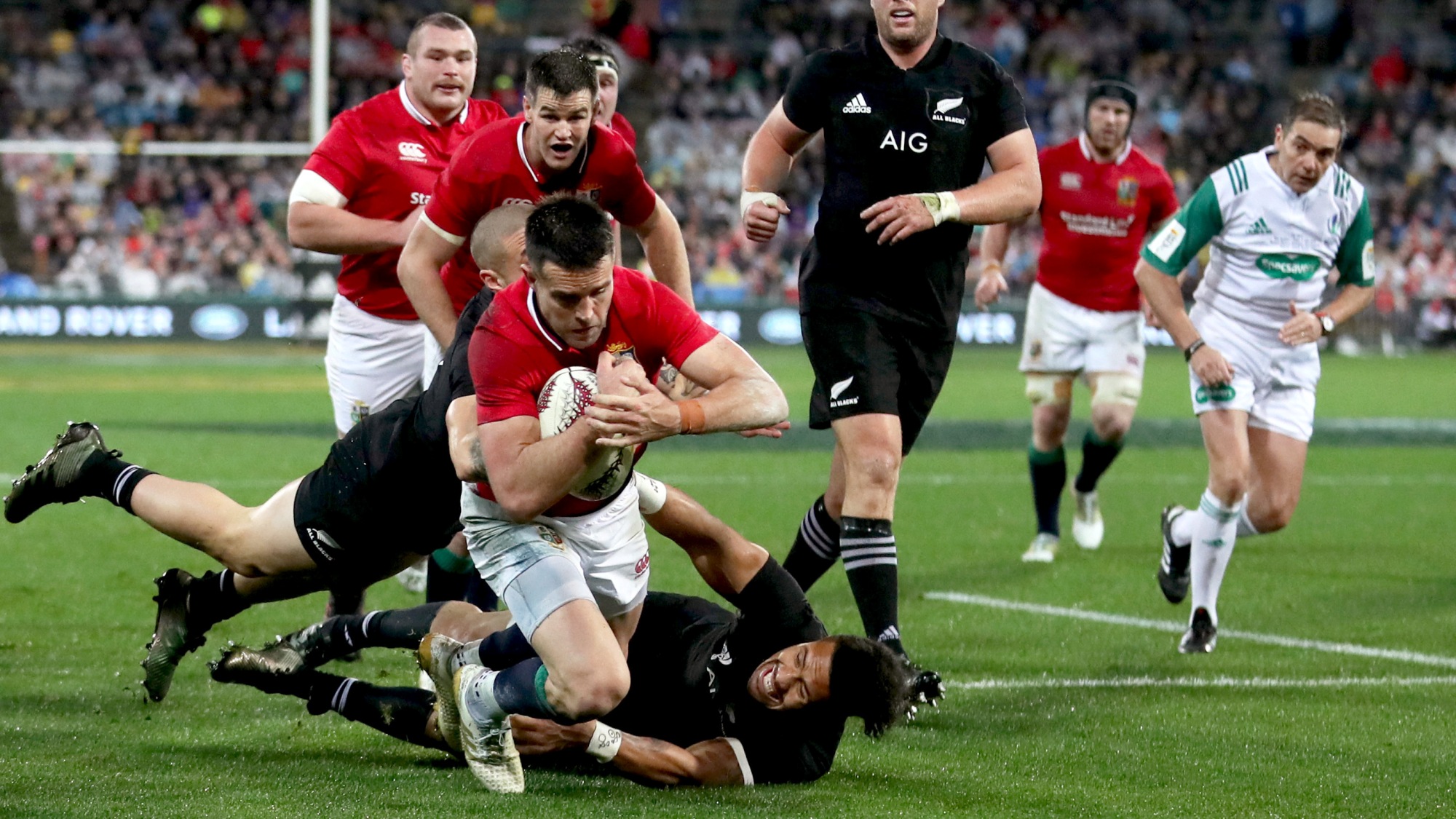 But back up to a full complement, the Lions struck again off another lineout. Initially going through the phases, they then spread the ball to the right where Jamie George burst through a gap. With the All Black defence scrambling Conor Murray picked, shaped to pass and then sniped through a gap and over.

Farrell then made no mistake with the conversion and the Lions were back level with ten minutes remaining.

FARRELL KEEPS HIS NERVE TO SEAL IT

It was all to play for in the last ten minutes, with both sides throwing everything at it, and after a brilliant defensive set, the Lions found themselves in All Black territory.

Around 22 metres out, Murray found Kyle Sinckler off a ruck, and the prop leaped to take the slightly high pass. Charlie Faumuina tackled him in the air and was penalised, giving Farrell a relatively straightforward chance at three points. 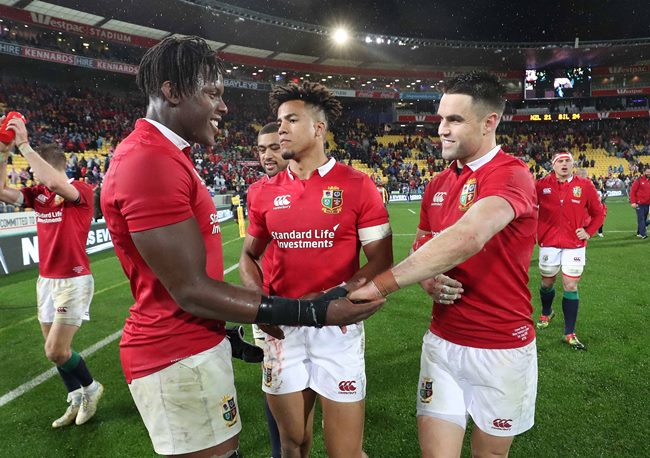 Still, in this situation, there was immense pressure on the England man, and he slotted it through to give the Lions their first lead of the game with three minutes remaining.

New Zealand still had time to come back, but the Lions defence held, and they eventually got the ball back in All Black territory before Murray gleefully kicked the ball out to seal the win.