All for One: Lions supporters in Auckland ahead of final Test

Thousands of British & Irish Lions fans have taken over Auckland as they prepare to sing their hearts out one last time and roar on Warren Gatland’s side in Saturday’s Test decider. [more] 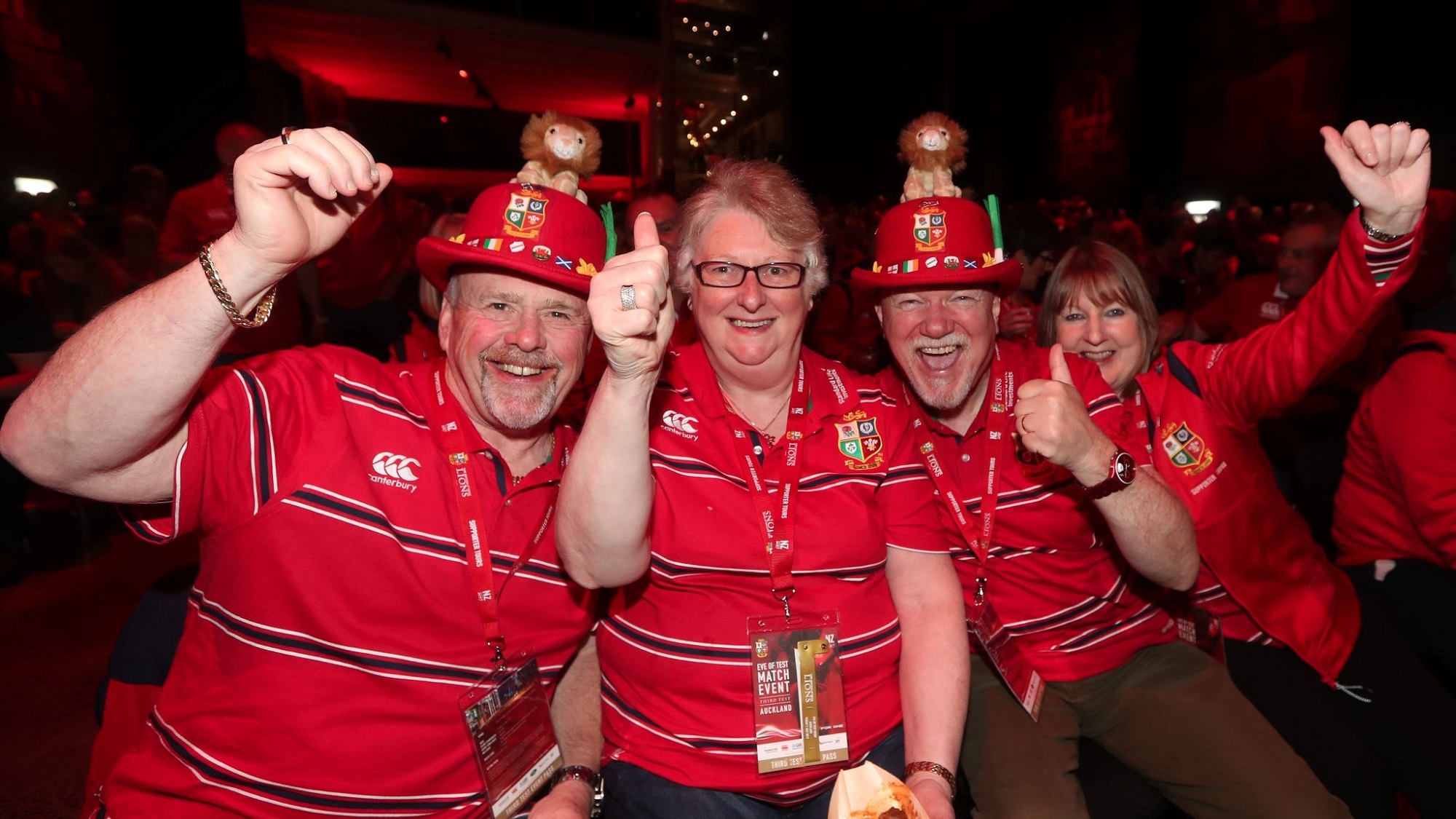 The Lions faithful have been in excellent voice right throughout the Tour so far, giving home-like support to the team wherever they have been in New Zealand.

With the series finely poised and everything resting upon the final match in Auckland, travelling fans have been rallying in the city to help push Gatland’s team over the line and into Lions folklore.

And game day in Auckland has been an absolute beauty. Don’t believe me, just take a look!

The fans are everywhere you look in the City of Sails, red shirt as far as the eye can see and here are a selection of some of the best.

The Lion’s Den down by the waterfront is undoubtedly the place to be!

And all around the city, the buzz is building for what is set to be one of the biggest games in the history of our great sport.

And during the Eve of Test event in Auckland, which took place on Friday night local time, fans were posting on social media about how they’ll be getting behind the Lions at Eden Park.

Supporters posed with the stars before breaking into song as a sea of red chanted for their heroes.

It’s safe to say Lions supporters were impressed by the turnout at the Eve of Test event as they showed their appreciation for the work put in by Gatland’s men.

The atmosphere is amazing at the @lionsofficial Eve of Test Event. We are going to do this tomorrow #Believe #LionsNZ2017 #AllForOne pic.twitter.com/52GujZn6Qe

There can be no doubt that the Lions supporters believe history is in the making at Eden Park as their team aim to win the final Test.

Eve of test event in Auckland. Many Lions supporters. 😀

And after the event, Lions legend Scott Quinnell took to social media to praise the travelling faithful and urged them for one last push.

Those who won’t be in the stadium tomorrow will be cheering on the Lions from the fan zone in the city. It’s safe to say the supporters will be making quite a racket in Auckland, wherever they are watching.

Soundchecked and on stand by for a set at the Lions Fan Zone. Pray for me 😳😂 pic.twitter.com/kIbVtgrgeu

New Zealand took the first Test in Auckland 30-15 before the Lions rallied back in Wellington with a thrilling 24-21 triumph – they in search of their first Test Series win against the All Blacks since 1971.