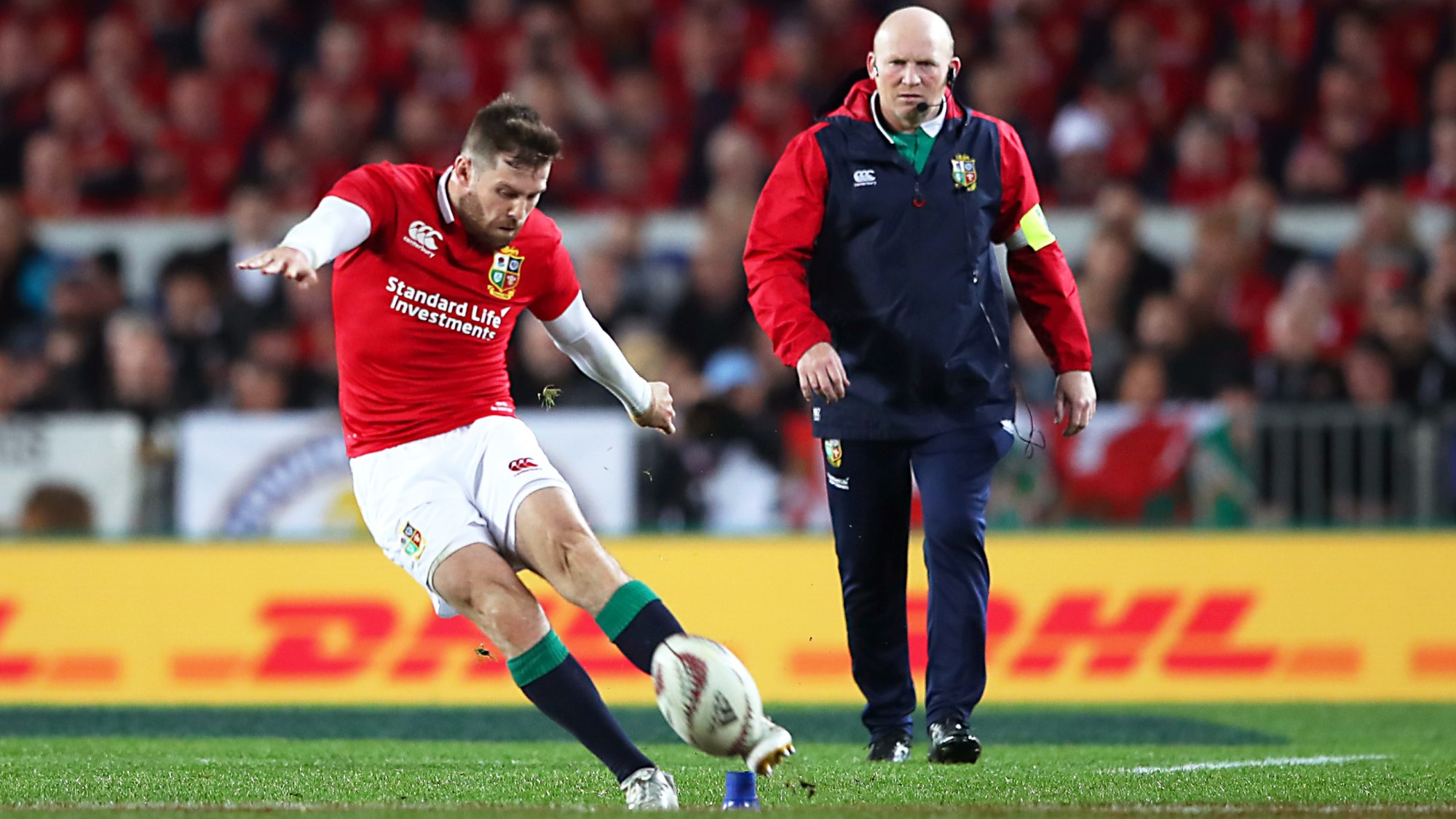 The Lions have secured a share of the series with New Zealand – only the second time they have ever drawn a series – thanks to a 15-15 stalemate at Eden Park on Saturday.

In a thrilling encounter, Owen Farrell’s penalty three minutes from time levelled the scores and that was how it finished to leave the series at 1-1.

New Zealand had the better of the first half, scoring tries through Ngani Laumape and Jordie Barrett, but the Lions stayed in it thanks to the boot of Farrell, trailing 12-6 at the break.

The Lions fought back after half-time though, and set up Farrell for the crucial final penalty to level it, with Elliot Daly also chipping in with a monster penalty.

Here we take a look at some of the key moments as the Lions claimed a draw:

While New Zealand threatened early, the Lions looked like they might have the first try just before the quarter-hour on their first incursion into the All Black 22.

After hammering away down the left, the Lions spread the ball wide only for Jordie Barrett to pick off Owen Farrell’s pass. He found Ngani Laumape who looked to be away. 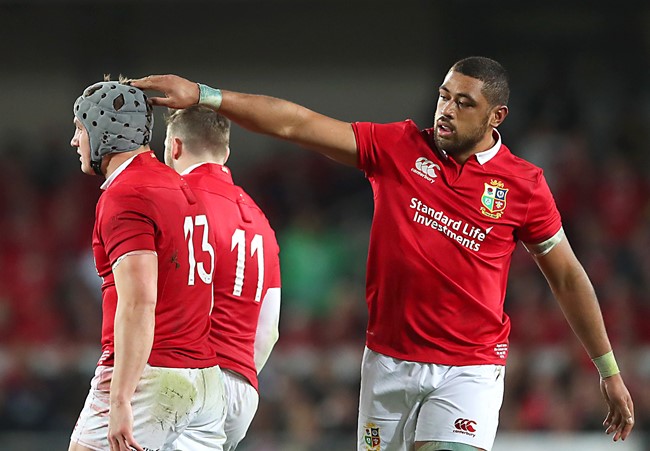 The centre raced 50 metres, but Jonathan Davies chased him back all the way and made the tackle on the Lions 22.

Anthony Watson also did his bit to get back and collected the offload that was intended for Julian Savea and the Lions were able to clear and keep the game scoreless.

Leading 7-3 on the half-hour, New Zealand were looking very dangerous, and had forced their way into the Lions 22 on a number of occasions.

The Lions defence held well, and then a huge swing of momentum came after a slightly loose pass from Beauden Barrett to his brother Jordie.

The full back had to stop to collect it and Jonathan Davies read it perfectly to drive him backwards. As he was all game, Sam Warburton was right there are the breakdown, getting over the ball and earning the penalty.

A minute later New Zealand were penalised for hands in the ruck and the Lions cut the deficit to a point.

Jordie Barrett had crossed late in the first half to give New Zealand a 12-6 lead, so the Lions needed to strike early in the second half.

They did so within a minute after Beauden Barrett’s restart didn’t go ten metres. Jonathan Davies caught it and decided to take it on anyway. Running back, Kieran Read then pulled down the supporting Liam Williams to get the Lions a penalty two metres inside their own half.

Wide to the left, the Lions chose to take on the kick and turned to the boot of Elliot Daly. From about 55 metres out, he held his nerve and hammered it over to cut the deficit to three points.

Trailing 12-9, the Lions were right back in it, and they dominated the next 20 minutes or so, during which time the All Blacks lost Jerome Kaino to a yellow card.

WATSON GETS OUT OF TROUBLE IN STYLE

Owen Farrell had levelled matters on the hour, but with 12 minutes to go Beauden Barrett slotted his first penalty to make it 15-12 to the home side.

The momentum was with the All Blacks, and they kept the pressure on with clever grubber kicks that regularly pinned the Lions back.

One such kick saw Anthony Watson chase back and have to scoop it up when it became clear the bounce would not push it into touch. 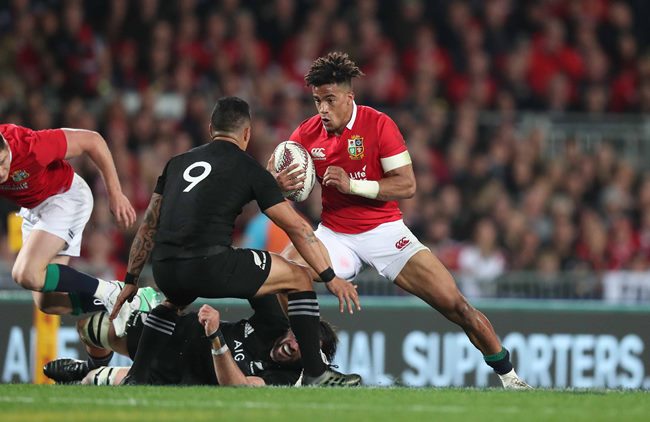 He looked to be in serious trouble with the All Black defence boring down on him, but the winger danced his way out of the tackle of Julian Savea and then up to the 22.

The Lions were able to clear and relieve some of the pressure just as it seemed New Zealand had taken charge.

The scrum battle had been so even all series, but it seemed that a penalty in the Lions 22 would prove the difference between the sides when Beauden Barrett made it 15-12.

Back in the 22, the Lions were under huge pressure with four minutes to go, and desperately needed something from their pack.

Kyle Sinckler, the man who had been penalised eight minutes earlier, produced the shove of his life and the Lions drove New Zealand backwards to earn the penalty.

From there the Lions kicked up to halfway and a couple of phases later they had a penalty when Wyatt Crockett was slow to roll away from a ruck. 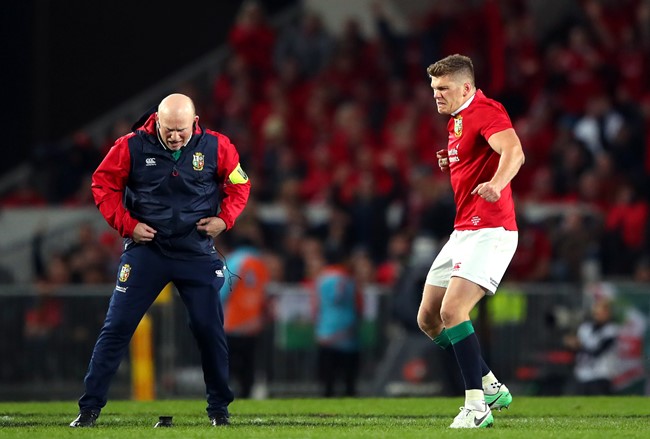 Owen Farrell stepped up and hammered it over from just inside the New Zealand half to make it 15-15.

There was still time for either side to win it, but while New Zealand had the possession, the Lions defence held and the spoils were shared.