Jonathan Davies arrived in New Zealand six weeks ago for his second consecutive Lions Tour and he leaves the Land of the Long White Cloud as the third Welshman in a row to be named Player of the Series – following Jamie Roberts in 2009 and Leigh Halfpenny in 2013. [more] 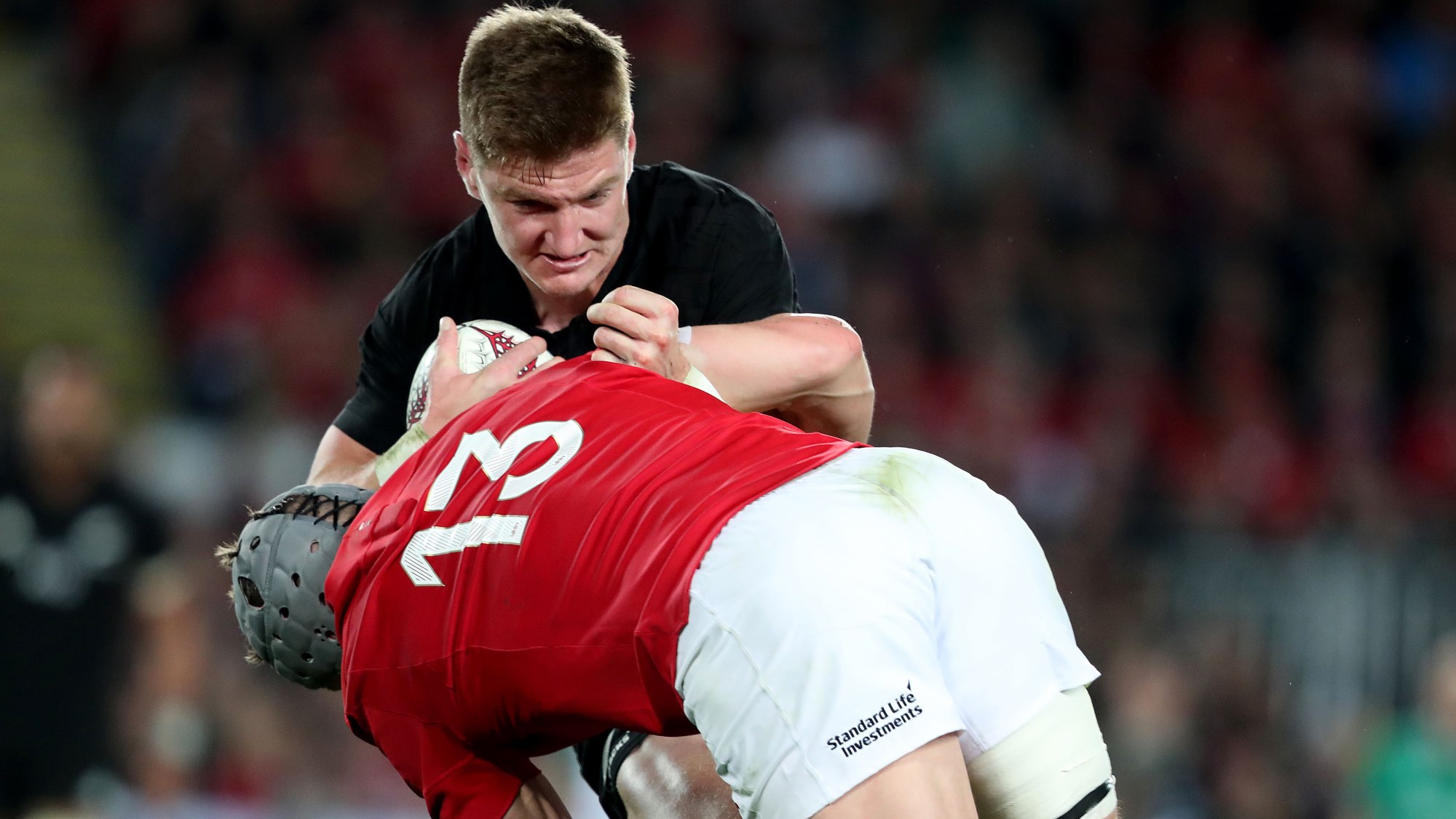 The centre was outstanding in all three Tests, both defensively and offensively, as the Lions secured a 1-1 series draw.

Here we look back at his five best moments from the last six weeks.

Only 16 minutes into the opening Test and with New Zealand already 7-6 up, Davies produced a moment of magic to really announce the Lions as an attacking threat.

Receiving a pass from fly half Johnny Sexton in midfield, the Welshman spotted the space and turned on the afterburners – snaking his way through New Zealand’s midfield.

The desperate All Blacks surged back to try and stop a memorable try and only a tap tackle prevented him from getting across the whitewash.

In total, Davies scampered 45 metres and took the Lions to the edge of the try-line. If he had scrambled a couple metres more, it would have gone down as one of the all-time great Lions tries.

The Lions’ defence was impeccable throughout the Tour, and Davies certainly played his part.

In the final Test, New Zealand had the upper hand in the first half – but struggled to put away the chances they created.

Some of that was down to the Lions’ immense defence which continually halted the All Blacks momentum. Davies embodied that and produced a moment of magic to prevent centre Ngani Laumape from opening the scoring.

New Zealand dominated early on, but the Lions looked dangerous when they charged up the other end for the first time.

But Owen Farrell’s pass was intercepted by Jordie Barrett, who fed Laumape when tap tackled by Liam Williams and Davies then showed impressive pace to get back and haul down the All Black with the try-line in his sights.

BARRETT KNOCKED OFF HIS FEET

Davies was a man possessed in the final Test, and as the match went on the Lions continued to rise to the occasion.

The Scarlets star showed all of his desire with a huge tackle on full back Jordie Barrett midway through the first half, knocking him back several metres and gaining the Lions precious ground.

Barrett scored a try and had a full debut to remember, but there was no way he was getting past Davies – who saw an opportunity from a loose pass and sent the youngster tumbling backwards. It was a game-changing moment.

‘ONE OF THE GREAT LIONS TRIES’

New Zealand are renowned as one of the finest attacking sides in world rugby, but it was Davies who made more metres than any other player in the first two Tests– with 110.

And he played his part in one of the great Lions tries in the opening Test – which had rugby fans purring all round the world.

It was started by Liam Williams inside his own half, as he drifted from right to left and spotted a gap. He burst through it, crossed halfway and supplied a perfect pass to Davies.

The centre showed composure and awareness to spot winger Elliot Daly outside him, and then held his run – waiting for the return pass.

It came 15 metres from the try line, and Davies weaved past a defender before off-loading to Sean O’Brien to score.

FLAIR FROM THE WELSH MAGICIAN

One-nil down ahead of the second Test, you could be forgiven for thinking the Lions would buckle under the intense pressure they faced.

But from the first minute to the last, they showed they were willing to the All Blacks on at their own game.

Davies has a reputation as one of the best passers in the Northern Hemisphere, and he produced a moment of supreme skill in the opening minutes of the second Test – with a reverse flick-pass out of the back of his hand.

It was a sumptuous piece of skill from Davies, and set the tone for the match – which the Lions went on to win 24-21.