Ten of the Best: Tour Tries 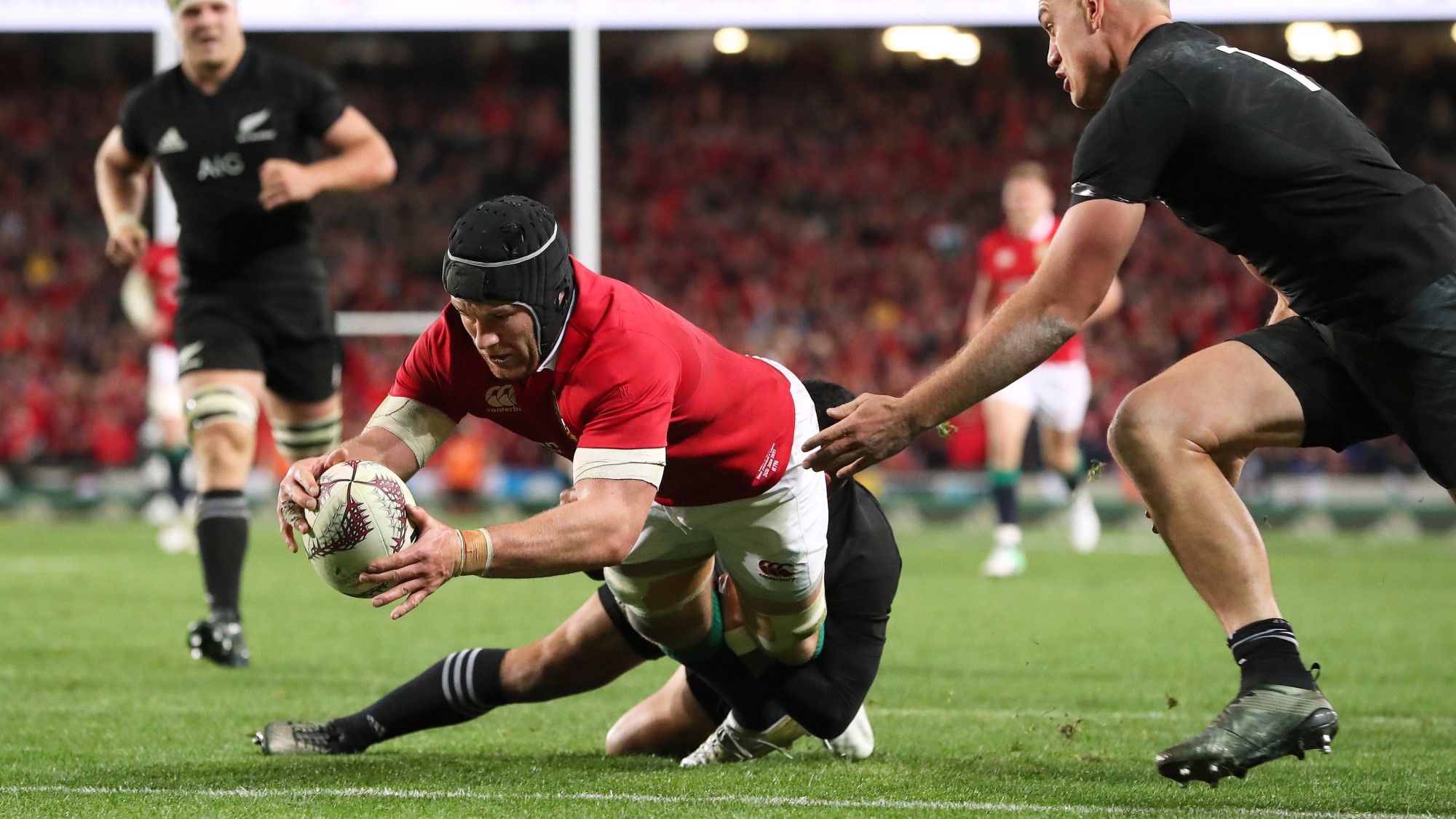 The British & Irish Lions scored an impressive 18 tries in their ten games in New Zealand as they recorded five victories during the 2017 Tour.

Each try was vitally important in its own way, with backs and forwards forcing their way past resolute defences from Auckland in the north to Dunedin in the south.

We took on the unenviable task of picking the ten standout tries from the past six weeks for you to enjoy.

The Lions may have been beaten in the opening Test but that didn’t stop Rhys Webb finishing the game on a high to take some much-needed momentum into the second Test.

Off the back of a driving maul, the Wales scrum-half threw a dummy as he burst towards the tryline and offloaded to Jonathan Davies in support.

The centre was brought down inches from the line but Webb was able to reclaim the ball before darting around the fringe of the ruck to dive over.

Joseph demonstrated what he could do against the Highlanders with a fine finish after excellent build-up from the Lions in midfield.

CJ Stander straightened the line as the Lions appeared to have an overlap and offloaded well to Dan Biggar, who dodged a tackle before feeding Joseph.

The Bath centre still had plenty to do but, with the ball in two hands, was able to sprint through a hole and dive over for the try.

The try that brought the Lions level in the second Test was scored by Irish scrum half Conor Murray with a perfect piece of opportunism.

Jamie George’s bulldozing run through the heart of the All Blacks defence was the catalyst as Johnny Sexton was once again playing right on the gain line.

The rest was down to Murray as he found space on the short side and had the pace to get over the line, much to the delight of the Sea of Red in Wellington.

Re-live Murray’s score with the Second Test highlights below

Lima Sopoaga was not afraid to kick out of hand for the Highlanders but he took a risk too many at the start of the second half, and Seymour grabbed his chance.

The flying winger plucked the ball out of the Dunedin sky and found himself with a clear run to the line, which he made full use of.

It was one of three tries for the Scottish winger, who ended the Tour as the leading try-scorer.

It may feel like a while ago now but it was Anthony Watson who scored the Lions’ first try of their 2017 Tour when he went over against the New Zealand Barbarians.

Replacement Owen Farrell found Ross Moriarty running an excellent line as he forced his way into the Baa baas’ 22, with the Lions trailing by a single point.

Farrell was involved again as the ball went to the blindside where Watson was waiting, and the winger stepped brilliantly inside two defenders to dot down.

The Lions turned defence into attack perfectly with this score against the Hurricanes, with Scotland winger Tommy Seymour bagging one of his three Tour tries.

It was Seymour who stepped up in defence to make a tackle, which created the intercept for scrum half Greig Laidlaw to snaffle and break away upfield.

Laidlaw was caught but his Scottish teammate was on hand to fly away from the scrambling defence and dive between the posts.

Faletau finishes with a flourish

A try that involved the entire team was started with a classic loop move involving Jonathan Sexton and Owen Farrell, which saw Anthony Watson released down the right flank.

The Bath man made it into the New Zealand 22 and the Lions pack moved the ball further forwards as the travelling fans cranked up the volume in Wellington.

Sexton then fed Farrell, who shipped the ball wide to Williams and Taulupe Faletau was on the left wing to barge his way over in the corner as the Lions comeback began.

This is the first of two tries we’ve selected from the Chiefs game as Jared Payne finishes off an incisive break from full-back Liam Williams.

Exeter Chiefs’ Jack Nowell swept well to collect a loose Chiefs’ chip and fed Williams, who found space aplenty as he broke into the opposition 22.

After the excellent break, Payne was on hand to take the offload and had an easy run under the posts to extend the Lions’ lead.

Electric Nowell comes to the fore

A wonderful team try once again started with the Lions deep in their own half but the excellent width and pace saw Elliot Daly stretch his legs down the left wing.

Jared Payne was on hand to receive the inside ball when Daly was caught and the Irishman did brilliantly to feed Robbie Henshaw, who was on his right shoulder.

Henshaw was eventually brought down inside the Chiefs 22 before the ball was shipped right to Nowell, who darted through the hosts’ defence before diving over for a memorable score.

Trailing 13-3, the Lions were being pinned back into their own 22, only for Liam Williams to sidestep Kieran Read to begin one of the Tour’s most memorable moments.

Williams raced out of the Lions 22 and burst upfield before giving a brilliant offload to Jonathan Davies on the halfway line, with the Welsh centre feeding Elliot Daly on the wing.

Daly showed all his class to weave inside and out before giving a return ball to Davies, who had the awareness to spin around and give Sean O’Brien the easiest of scores.

The Lions had gone the length of the field and scored a try that would live long in the memory.