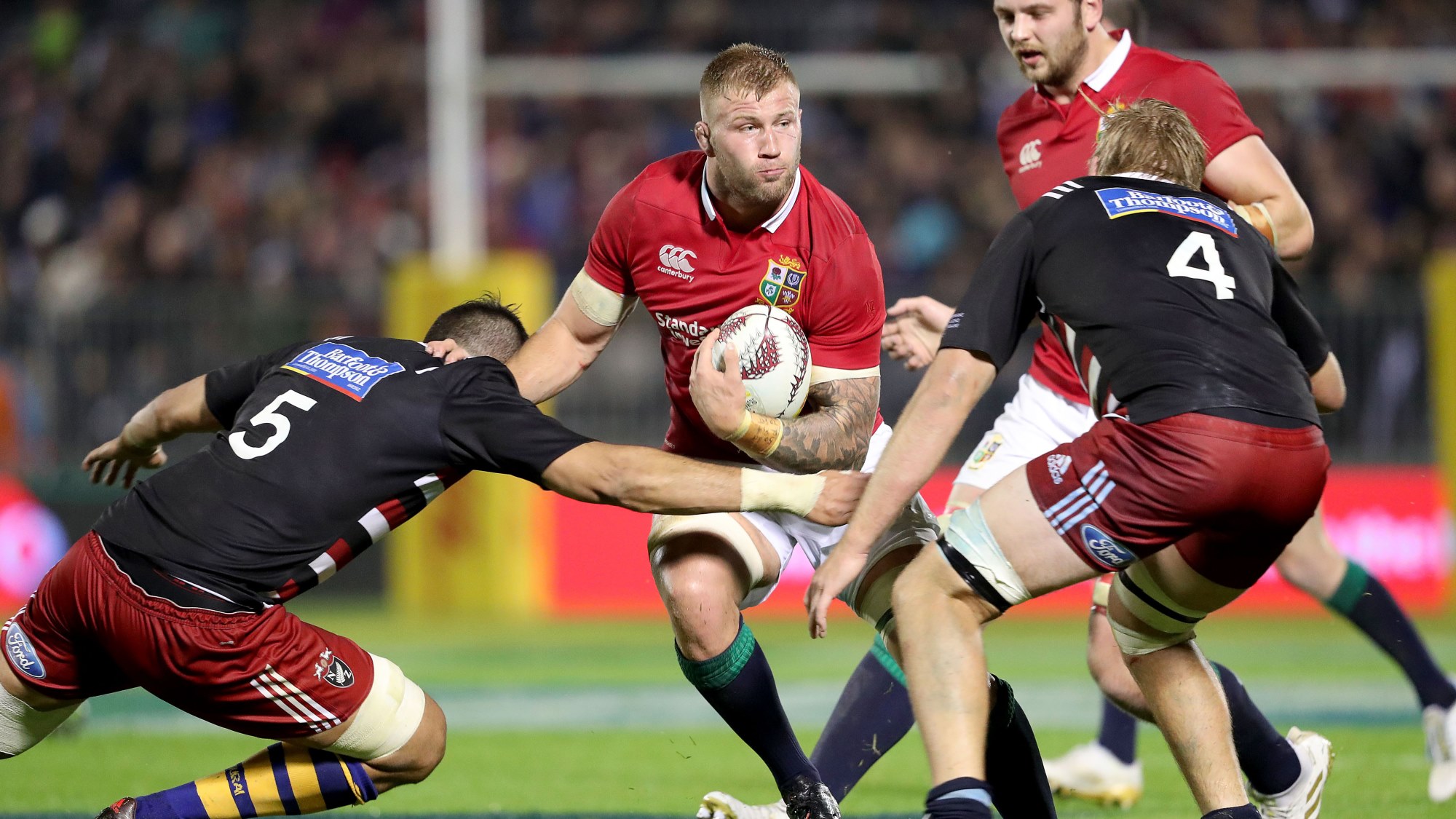 Ross Moriarty was selected for his first British & Irish Lions Tour this summer, having received the news of his call-up on his 23rd birthday.

But the Welsh international only featured in the tourists’ opening game due to injury.

Unfortunately, he failed to recover from a nerve problem in his lower back which ruled him out of the rest of the Tour.

Despite seeing his Tour cut short, Moriarty made a valuable contribution in the Lions’ opening warm-up match against the New Zealand Provincial Barbarians and his fiery performance certainly stood out on the pitch.

The 23-year-old announced his arrival on the Lions’ stage in style with a devastating break which eventually led to Anthony Watson’s try.

He showed plenty of endeavour and commitment and looked dangerous when he worked himself into promising attacking positions and his impressive work rate saw him make 13 carries for 42 metres.

Away from the pitch, Moriarty visited Western Spring College after training and kept following the Lions all the way through their Tour after he had returned to the UK.