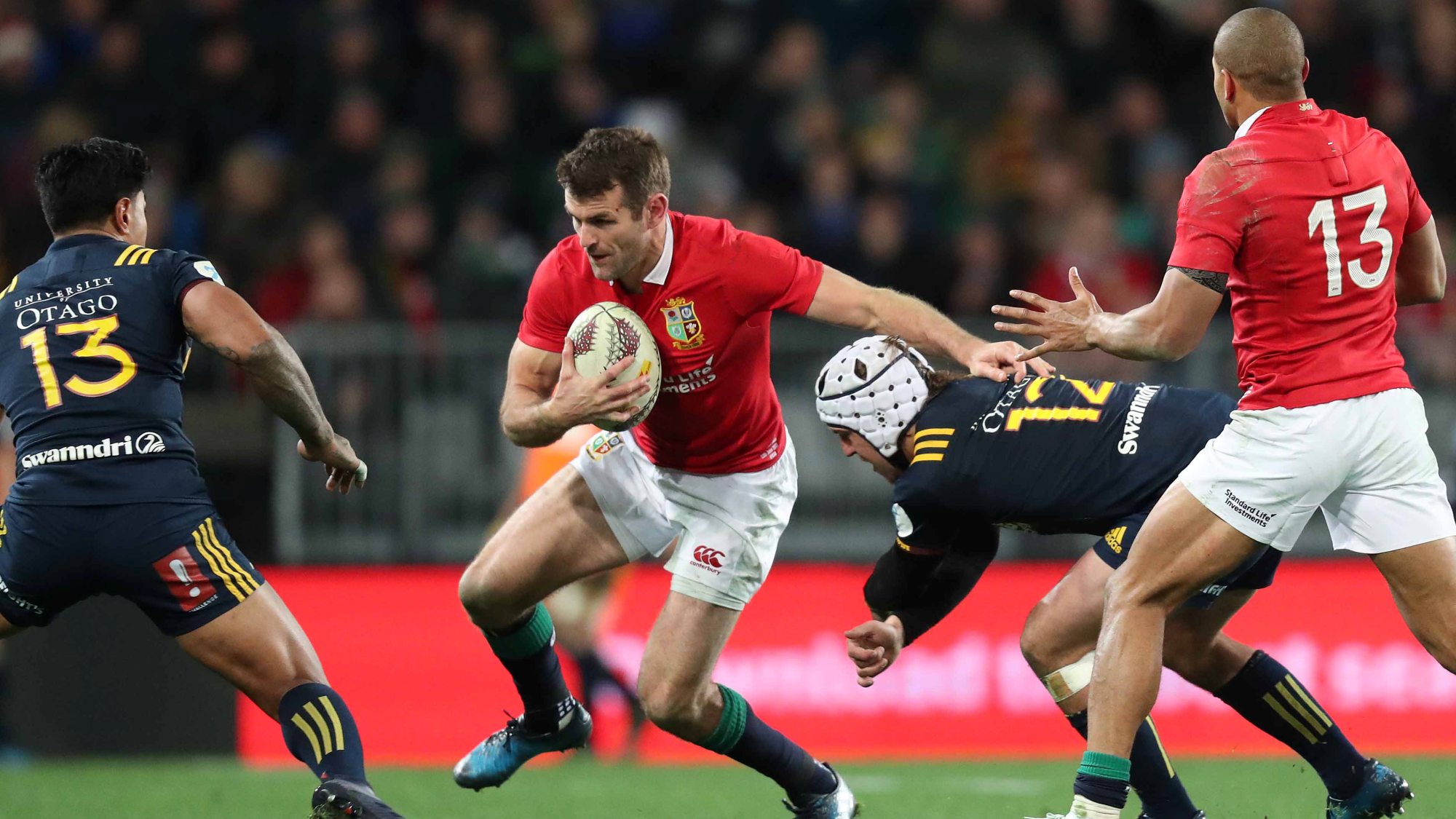 Jared Payne may have been ruled out of the final games of his first British & Irish Lions Tour with migraines, but the versatile Irishman had already made quite an impact.

Payne was born in Tauranga on October 13 1985 and after being educated at Nelson College, played Super Rugby for the Chiefs, the Crusaders and the Blues.

But those teams became the opposition this summer, and the 31-year-old played 185 minutes on Tour, with starts coming against the Blues, Highlanders and Chiefs.

Payne certainly made his mark early against the Highlanders, producing an incredible try-saving tackle in the corner with less than three minutes on the clock.

He would go on to demonstrate his rock-solid defence time and again as he racked up 20 tackles, while missing just one, throughout the Tour.

But the Irishman is also a weapon in attack – making 76 metres on 21 carries across his three matches – and had a big hand in two of the scores featured in our Ten of the Best: Tour Tries piece.

Firstly, he finished off an incisive break from full back Liam Williams in the 34-6 win over the Chiefs, as he ran a superb support line in the 22, took the offload and cantered in under the posts.

Earlier in that match, the outside centre had been again in support as Elliot Daly stretched his legs down the left wing, gathered in the pass and fed Irish teammate Robbie Henshaw, before Jack Nowell went over in the corner one phase later.

And the Chiefs game was particularly special for Payne, as he had his family in attendance to support him at Waikato Stadium.

Never thought would be running back out on Waikato stadium, Think mum was definitely the winner of the day tho!

Off the field, Payne’s Tour was just as notable, with one highlight being his trip to Waitekere Retirement Village alongside Courtney Lawes and Conor Murray when the Lions were stationed in North Auckland.

The trio paid their respects to the elderly community at the Retirement Village and had plenty of fun doing it.

Road trip up to Whangarei with @Courtney_Lawes @payne15 and Ellie as our pilot! pic.twitter.com/wazemH10L4