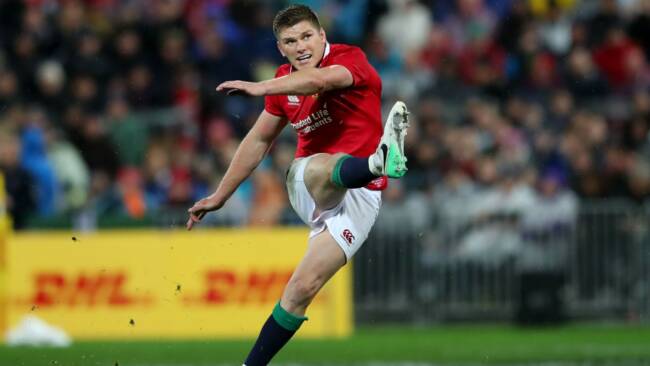 Nerves of steel would be the best way to describe the qualities Owen Farrell exhibited on his second British & Irish Lions Tour as he played a pivotal role in securing the historic 1-1 series draw with the All Blacks.

Having started at fly half in the 30-15 first-Test defeat, Farrell lined up at inside centre for the remaining two Tests and formed a potent 10-12 axis playing outside Johnny Sexton.

The Englishman maintained kicking duties however and nailed a late penalty to secure a 24-21 triumph in Wellington, forcing a decisive third Test at Eden Park in which he repeated the trick with a 77th-minute three-pointer to seal a 15-15 draw.

The 25-year-old’s kicking was almost flawless on Tour as he booted 45 points in total – 26 of which came in the second and third Tests.

Farrell and assistant coach Andy Farrell made history in Australia in 2013 as they became the first father-son duo to go on the same Lions Tour and repeated that in New Zealand four years on.

While Farrell Jr took all rugby challenges in his stride in the Land of the Long White Cloud, the fact that Father’s Day took place during the Tour caused slightly more consternation.

“I didn’t know when to say ‘Happy Father’s Day’ to him because I didn’t want to say it in front of anyone,” Owen admitted sheepishly.

But Farrell did enjoy a nice family moment when he celebrated the second-Test triumph on the Wellington pitch with his younger brother, Gabriel.

The Saracens star racked up 365 minutes of action in six games across the Tour, coming off the bench against New Zealand Provincial Barbarians and the Highlanders in addition to his three Test starts and one against the Crusaders.

He proved an able distributor by completing 89 passes and also gained 59 metres on 28 carries, beating five defenders along the way.

The 34 successful tackles showed the Englishman was solid in defence and his metronomic kicking was in evidence right from the off.

Before the Tour, and during the warm-up games, plenty of debate centred around Sexton and Farrell’s ability to play together and whether Head Coach Warren Gatland would employ the Anglo-Irish duo together.

Ultimately, they formed the bedrock of the spectacular second and third Test performances and from early in the Tour, Sexton claimed he was excited about linking up with the Englishman. 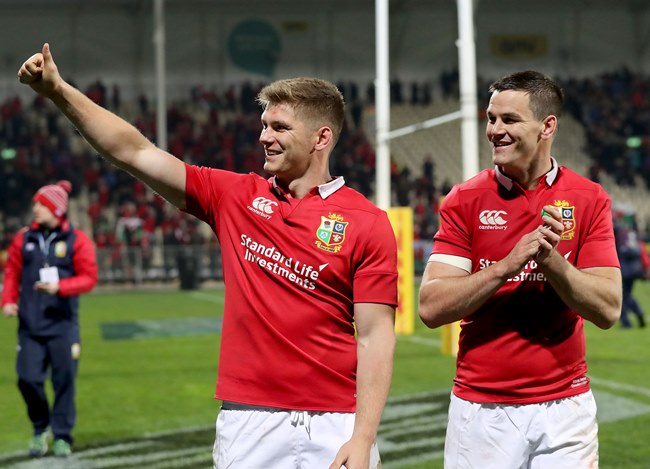 And as he told the Lions website, Farrell also enjoyed the experience of playing alongside players who were normally his rivals.

He said: “There are plenty of good players in this squad so to get to work with them, to see how they work day in day out and not just on a game day playing against them or on TV, getting to see how they train, how they go about anything they do is a brilliant way of learning for everyone.”

Off the pitch, Farrell was also a popular member of the touring party, and one of the loudest voices as the squad sung Fields of Athenry before boarding the plane to New Zealand.

“Yes, we’re a choir,” he said. “I’m enjoying it. That’s one of the things that will bring you together.”