Lions Uncovered Clip: An emotional Stuart Hogg on the injury that ended his Tour 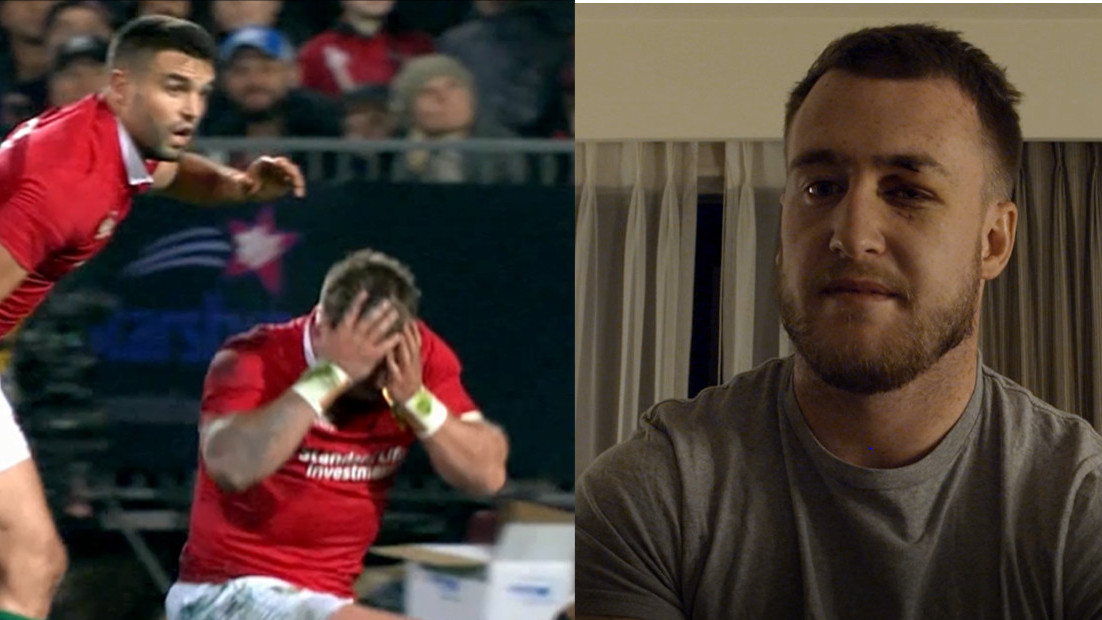 The 2017 Lions Tour of New Zealand ended with the Test team securing an historic 1-1 draw – and there were plenty of moments of celebration and despair along the way.

Lions Uncovered, due for release on Monday November 13, will tell the behind the scenes story of the Tour, giving fans unprecedented access to the players thoughts and the team room.

The latest clip released in the lead-up to the launch gives insight into Stuart Hogg’s Tour-ending injury, suffered in the early stages against the Crusaders.

The clip features the accidental clash with Conor Murray and the immediate aftermath – captured by team doctor Eanna Falvey’s mic – and Hogg’s emotional player-cam interview after he learned his Tour was over.

“I reckon we could try that a million times again, and we’ll never get the same outcome. I think the wrong place the wrong time” said the two time tourist.

“I heard my teammates telling me to get up and get into the defensive line and you don’t want to let anyone down. So I did try and I looked up and all I could see was blood.”

As Hogg opens up about his disappointment, he admits there are things more important in life.

He said “You cannae play about with eyes. It kills me to say it, but there’s a lot more to life than rugby. I would love to be staying on and playing… it’s going to be tough.”

News Uncategorised
Previous story Lions Uncovered Clip: When You don’t get selected for the squad….
Next story Stunning first Test score nominated for Try of the Year Award