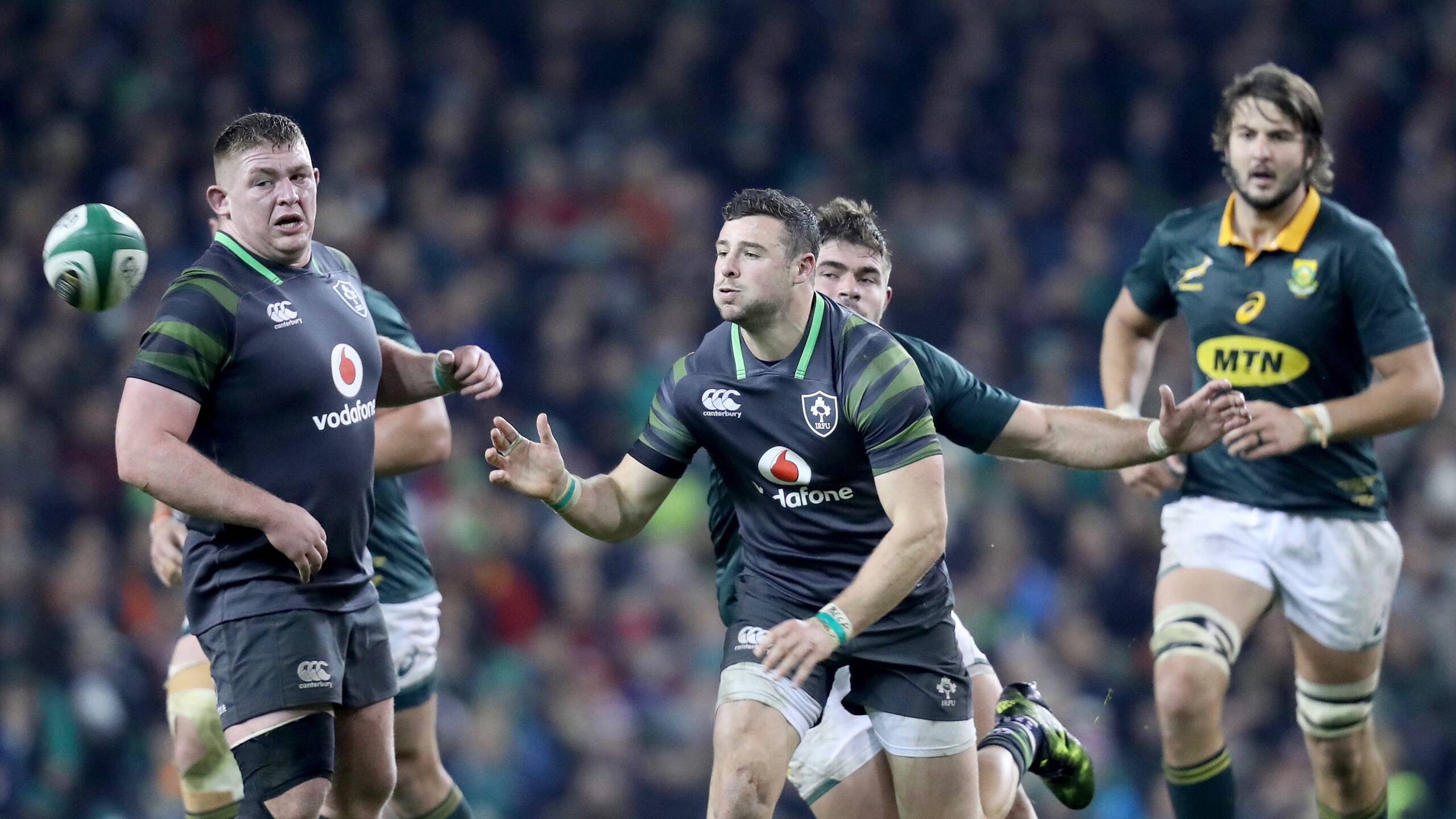 There were wins for three out of the four Home Unions as the ever popular Autumn internationals kicked off in front of packed stadia across Britain and Ireland and with Lions aplenty on show.

Scotland played out a highly entertaining and high-scoring encounter with Samoa in front of a packed house at Murrayfield.

Over 80 points were scored across the 80 minutes in Gregor Townsend’s home debut as Head Coach.

The home side got off to the perfect start, full-back Stuart Hogg benefitting from a slightly fortuitous bounce after fellow Lions Finn Russell and Tommy Seymour combined with a kick and chase.

They edged further clear with a couple of Russell penalties before Samoa second row Josh Tyrell squirmed over to tighten things up again.

Tries from Huw Jones and from Stuart McInally had the Scots firmly in control with half and hour left on the clock.

Scotland secured the win in a shootout

But Samoa came roaring back with a salvo of points of their own and needed a second try from Jones and one from Alex Dunbar proved just enough to keep Scotland’s noses in front for a 44-38 win.

England also got their Autumn series off to a winning start, battling their way to victory over Argentina in a hard-fought contest.

Number eight Nathan Hughes scored the only try of the first half, expertly juggling a superb George Ford pass with one hand before diving over.

Semesa Rokodoguni, who had replaced Mike Brown after an unfortunate mid-air collision with Joaquin Tuculet saw the full-back forced off in the first-half, powered over for a second England try in the second half.

A determined Argentina eventually battered their way to a five-pointer of their own, Nicolas Sanchez darting through after a lengthy siege of the England line.

But it was too little, too late and England will move forward to clashes with Australia and Samoa – with Lions Owen Farrell and Maro Itoje set to return having sat out this one – in confident mood.

They controlled the match in the first half, building a lead through an opportunistic Andrew Conway try after South Africa failed to manage a high kick from Conor Murray. Rock solid kicking off the deck from Jonathan Sexton contributed the rest of the points and Ireland had a 14-0 half-time lead.

The sides exchanged penalties just after half-time but didn’t trouble the scorers again until the final 10 minutes of the half, when a brilliantly engineered backline move saw Jacob Stockdale scythe through the centre of the Sprinbok defence. A quick ruck later and Rhys Ruddock had crashed over to put the result beyond doubt.

Further tries for Rob Herring from a driving maul and Stockdale after a sweeping move put the seal on a truly dominant display and had the Dublin crowd in raptures by the end.

An entertaining encounter with both sides in excellent form saw Wales just fall short of making it a clean sweep for the Home Unions.

With talismanic full-back Israel Folau taking a break from Test rugby, Kurtley Beale proved the star of the show.

Wallaby hooker Tatafu Polota-Nau opened the scoring but Wales replied quickly with a brilliant try of their own from Steff Evans, Lions duo Jonathan Davies and Leigh Halfpenny combining to set the dynamic wing free. An Adam Coleman try just before half-time put Australia back in control.

Just as the hosts had battled themselves back into contention in the match when a brilliant steal and try from Beale put Australia back in control on the scoreboard and sucked the life from the Welsh revival. Warren Gatland’s men face Georgia next week before back-to-back Tests against South Africa and New Zealand.