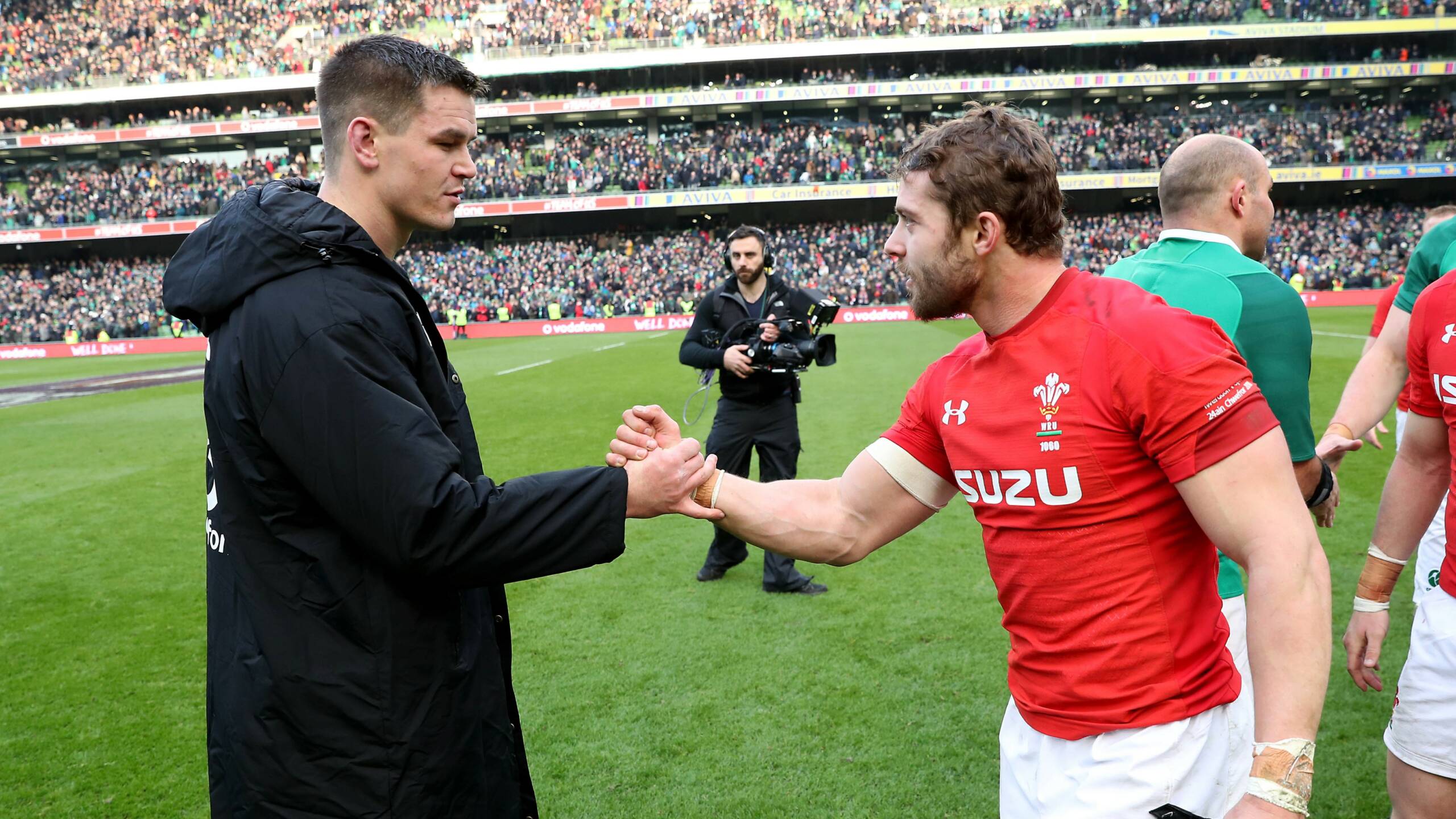 Ireland and Scotland took brilliant victories over Wales and England in the NatWest 6 Nations which radically altered the Championship picture.

The day began in ideal early Spring conditions in Dublin and the on-field action did not disappoint.

Wales took the early lead, Leigh Halfpenny proving as effective from long-range in Welsh red as he had done for the Lions in 2013.

But Ireland struck back quickly, Jacob Stockdale scoring his third of the Championship to put Ireland ahead.

Ireland dominated territory and possession for much of the half but Wales were the more clinical side and scored a try of their own through Gareth Davies to take the lead.

But Ireland hit back either side of half-time, Bundee Aki burrowing over first and then Dan Leavy following suit, both from close range after sustained Irish pressure.

A fourth try from Cian Healy – his first for Ireland in four years – seemed to put Ireland in the clear, making it 27-13 with just over 20 minutes left.

But Wales refused to follow that script, an Aaron Shingler try after a flowing move and a Halfpenny conversion putting them right back in the match.

Conor Murray showed his versatility, kicking a penalty that just shaved the post to put Ireland 10 clear with minutes remaining. Wales responded with Steff Evans going over. Again, Halfpenny landed the extras and Wales were within touching distance of victory.

But Ireland had the final say when Stockdale, who had opened the try-scoring, grabbed a second and his fourth of the Championship, picking off a pass as Wales looked to attack out wide for a score to break Welsh hearts and give Ireland their third win of the campaign.

It was a superb contest in Dublin but even better was to follow in Edinburgh, where Scotland thrust themselves into title contention with a spectacular victory over England.

England, Grand Slammers in 2016 and the defending Champions, were under pressure from the off.

The sides exchanged penalties early on, Greig Laidlaw landing one for Scotland while Owen Farrell got a three-pointer for England.

Scotland struck the first real blow with Huw Jones capitalising on a loose ball on the deck and racing over for a converted try. Farrell closed the gap with a penalty but Scotland answered soon after with one of the tries of the year.

Started by Finn Russell with a brilliantly brave pass over the heads of the advancing English midfield, Scotland went from inside their own 22 to the left corner in the blink of an eye, Russell on hand to supply the scoring pass after a scorching Jones break.

Jones then added another just before half-time to put Scotland into a commanding position racing through the English midfield and then doing just enough to evade the English cover and get over to give Scotland a 22-6 lead after 40 breathless minutes.

England emerged determined to get back in the game. Farrell struck the first blow of the second half, taking a smart line to go in untouched for an early try.

But that was to prove the end of the English scoring, with the Scottish defence in superb form, key turnovers continued to cost them any time they threatened the line.

A late Finn Russell penalty put the match beyond reach and sparked joyous scenes at BT Murrayfield as Scotland put themselves back into Championship contention and set up a mouthwatering clash with Ireland in Round Four.