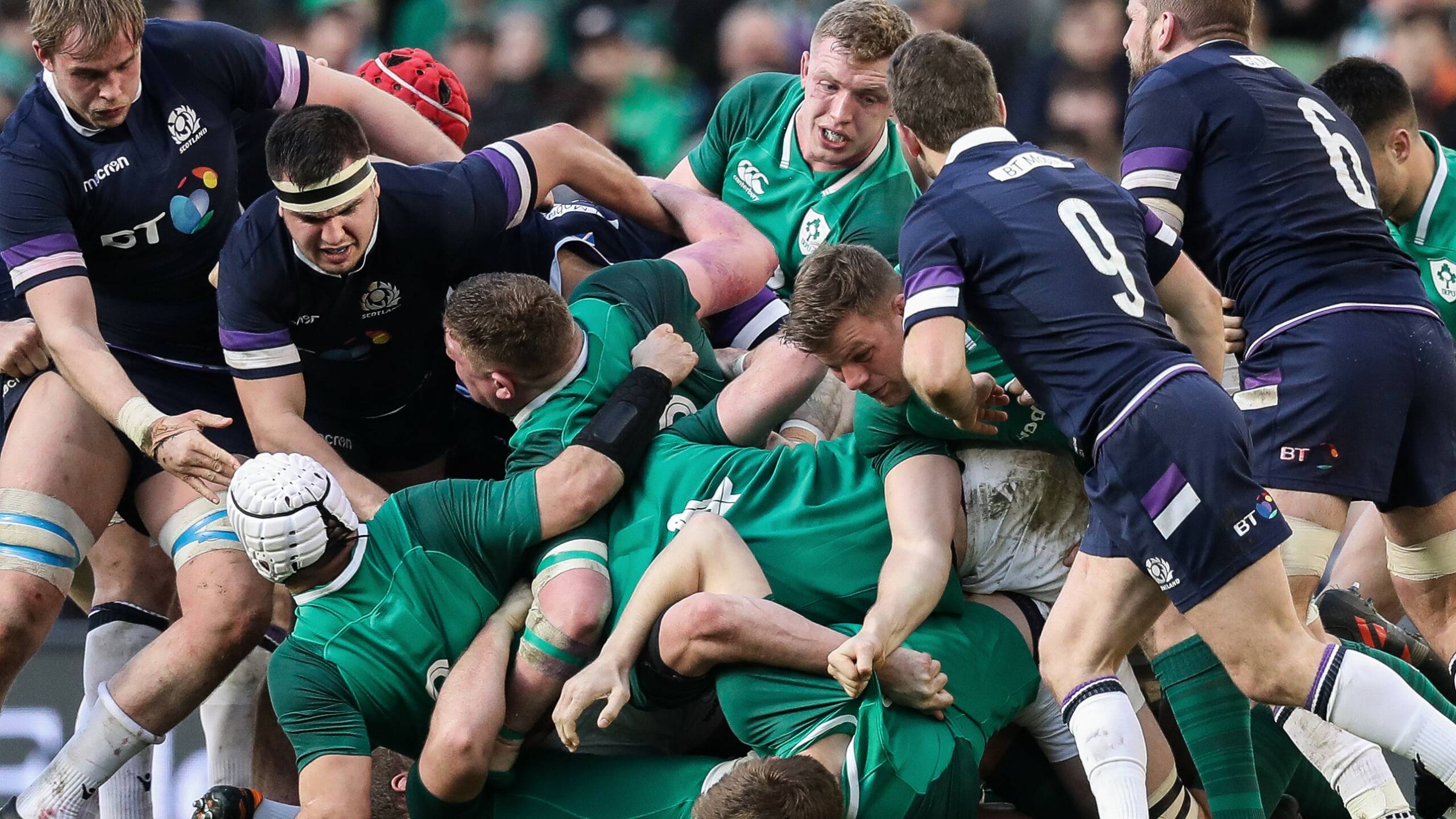 Ireland secured the NatWest 6 Nations and, for only the eighth time in their history, a chance to bid for a Grand Slam on the final day of the Championship with a victory of Scotland in Round 4.

A 28-8 victory in Dublin saw Joe Schmidt’s men secure the title with a round to spare with a brace of tries from the young Ulster wing Jacob Stockdale setting them on the path to victory before further tries from Conor Murray and Sean Cronin completed the job.

Scotland will rue missed chances with scoring passes going astray at key times, though a fine try finished by another fine young player, Edinburgh’s Blair Kinghorn, gave the travelling support something to cheer.

Ireland’s title success was only confirmed after England were defeated in Paris. A typically hard-fought ‘Le Crunch’ encounter with France at a high pitch throughout saw England manufacture a chance at victory at the death having trailed for most of the second half.

Solid kicking from Owen Farrell and a monster penalty from Elliot Daly, reminiscent of their efforts for the Lions in the summer, put England in good position. But a penalty try and good French kicking in reply put France in the ascendancy.

The home side were then able to hold firm in the face of a powerful England finish to leave Eddie Jones’ side to reflect on a second loss in a row and massive clash with Ireland on Saturday – which comes with the chance to take revenge for a defeat in the reverse fixture last year.

Wales finished the weekend with a comprehensive win over Italy. Showing no ill effects from having made 10 changes to the starting XV, two quick tries put Wales on top early on under a closed roof in Cardiff. George North notched a brace as Wales kept Italy at arm’s length throughout.

England Ireland Scotland Wales
Previous story Ireland, Scotland and England set for key round in title battle
Next story The 1888 Pioneers: The Journey to the Other side of the World – Part Two