The 1888 Pioneers: The Journey to the Other side of the World – Part Two 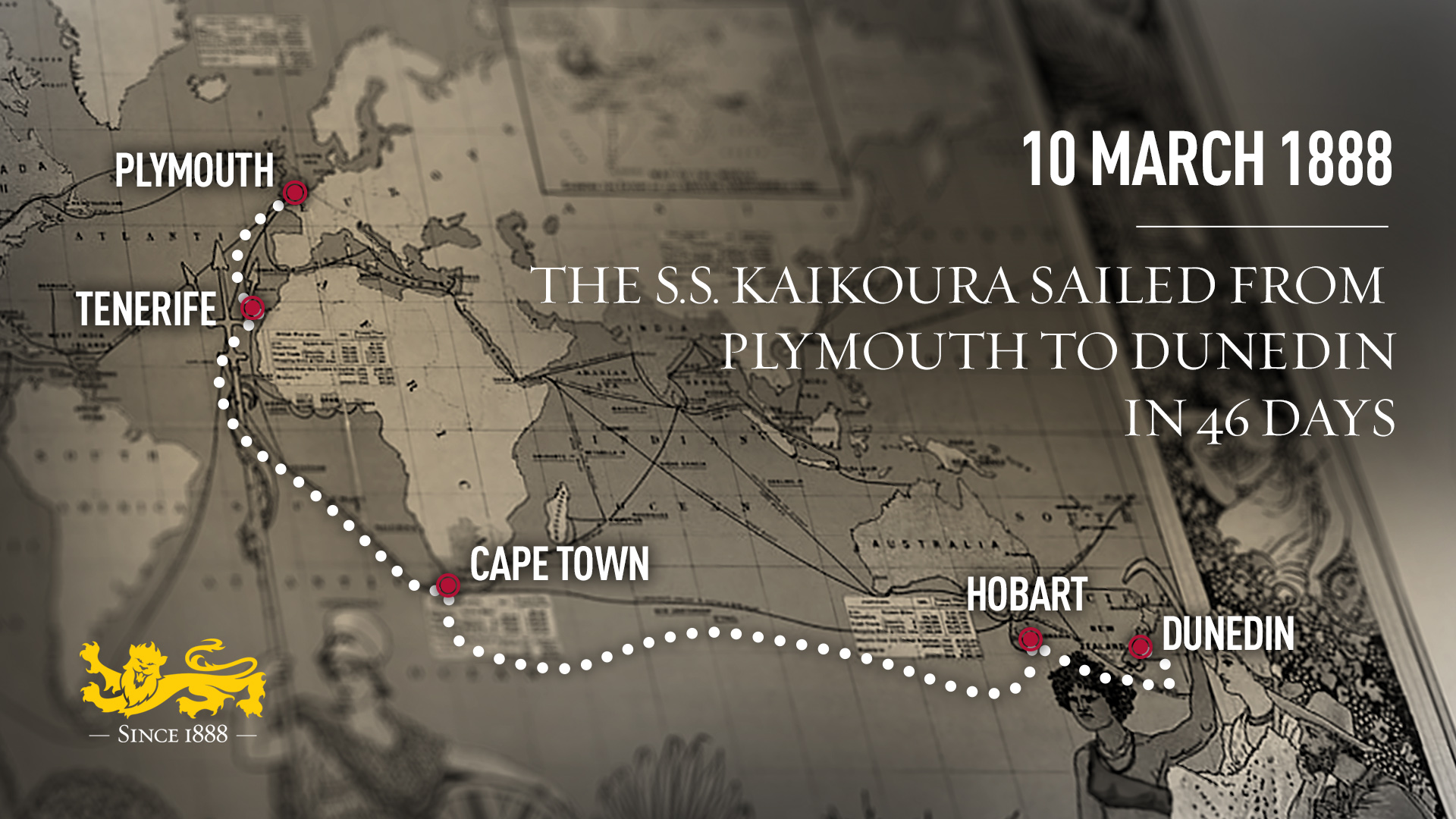 THE fastest commercially available journey to Auckland from London takes 23 hours and 50 minutes.

Rewind 130 years and you’re about to embark on a journey that will take 46 days, have stops in Tenerife, Cape Town and Hobart, on a ship that had 300 stoats and weasels to control the rabbit population in New Zealand.

That’s what the Lions of 1888 faced ahead of the first Tour – a trip that would ultimately see those pioneers spend 249 nights away from home.

The players tried a variety of activities – from boxing to sack and wheelbarrow races – to keep themselves fit and entertained, as rugby had to be restricted after too many balls were lost overboard! The evenings were taken up with dinner, concerts and card games.

During the voyage Robert Seddon was elected as Captain although he was destined never to finish the Tour, tragically killed in a rowing accident in Australia, and replaced by Andrew Stoddart.

The Lions would play Otago at the Caledonian Ground, Dunedin on April 28 and go on to play 53 games in 21 weeks in Australia and New Zealand, including 19 Victorian Rules (the forerunner of Australian Rules) matches.

Over the next few weeks on these pages we’ll celebrate that epic adventure by bringing you their story to the other side of the world. Follow the journey of the #1888Lions through our Official Lions Twitter, Facebook, and Instagram!

With thanks to the Official History of the British & Irish Lions and The First Lions of Rugby by Sean Fagan.