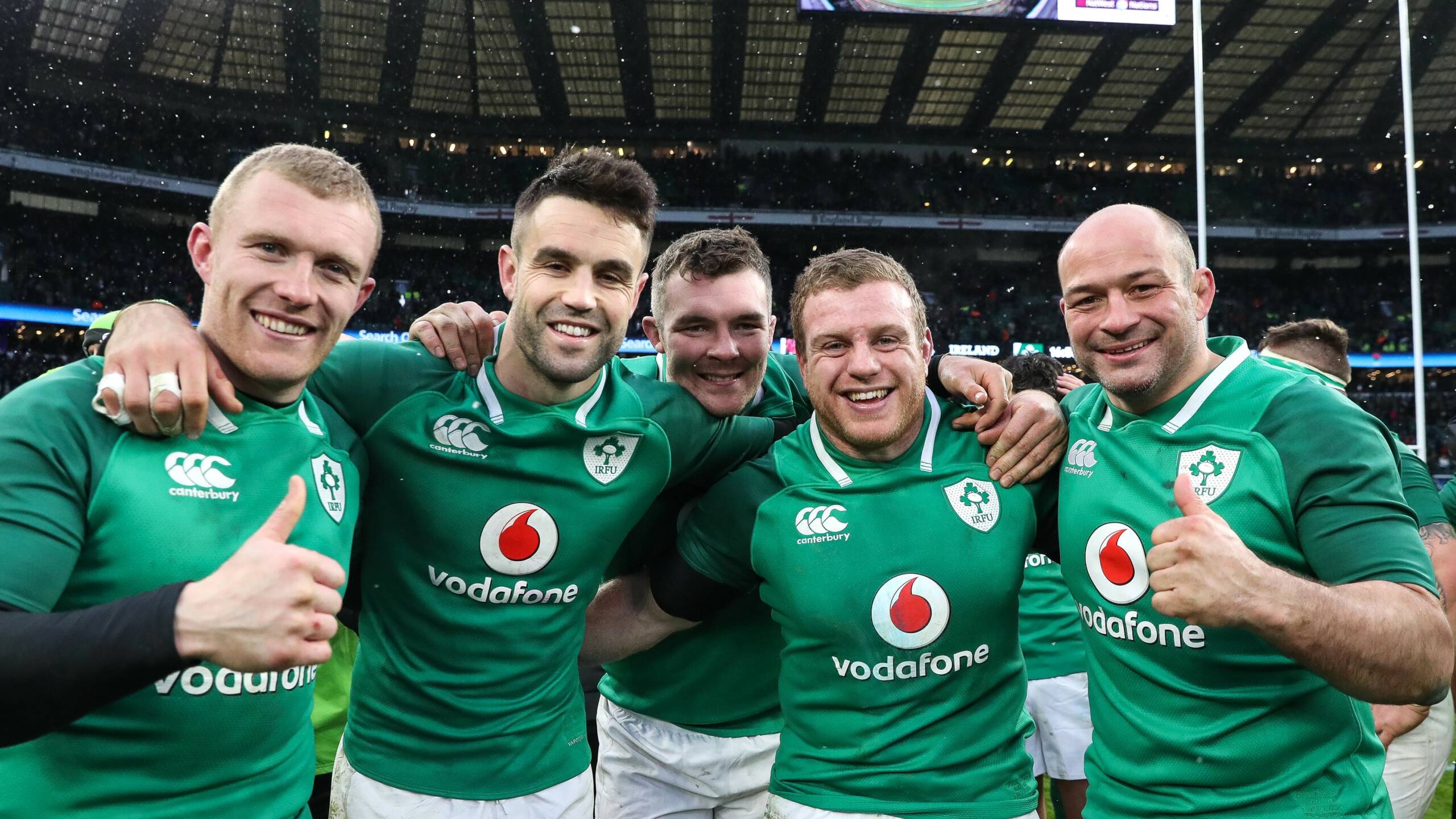 Ireland have claimed the NatWest 6 Nations title, securing victory and a Grand Slam with a powerful 24-15 victory over England.  It is just the third Irish clean sweep in the 135-year history of the Championship and all the more remarkable for having been achieved with away matches in London and Paris.

Joe Schmidt’s men got off to the perfect start at Twickenham, centre Garry Ringrose dotting down after Jonny Sexton’s steepling Garryowen gave Rob Kearney the chance to contest for the ball just in front of the English tryline.

A trademark pre-planned lineout move saw CJ Stander ground the ball against the post, a superb pass from prop Tadhg Furlong had earlier released Bundee Aki to create the chance. A third try from Jacob Stockdale, an opportunistic effort featuring a clever chip and chase was superbly finished and helped Ireland build a winning total over the 80 minutes.

Stockdale moved past Chris Ashton, Shane Williams and Will Greenwood to secure a six nations-era record, a wonderful individual achievement for the 21-year-old.

England answered back with three tries of their own, a brace from Elliot Daly and one from Jonny May, and briefly threatened to bring a draw into the equation with 10 minutes to go. But ultimately time ran out for Eddie Jones’ men, and in fairness Ireland’s powerful defensive effort never looked like conceding the quick scores needed to force the issue.

2017 tourist Robbie Henshaw, though not in the squad on the day, was also central to post-match celebrations having played a vital role in the early part of the campaign.

For veterans, including 2009 Lions tourists Kearney and Earls, this victory will have been particularly sweet. At just 31 and 30 respectively, both have plenty of top level rugby left in the tank, but Ireland will be particularly pleased with the emerging young talent in their squad.

Irish fans have the likes of Stockdale, James Ryan, Joey Carbery, Dan Leavy, Garry Ringrose and Jordan Larmour – all aged 23 or under – to look forward to over the next few years.

Scotland and Wales also finished their campaigns with wins to take second and third place in the table respectively.

Scotland opened the day by securing their third victory of the Championship, overcoming a determined Italy. It took a nerveless kick from Greig Laidlaw in the dying minutes to finally secure the victory and end Italian hopes.

In the final match, Wales got reward for sticking to their task in this Championship, securing second-place with a gutsy win over France in Cardiff.

Liam Williams scored Wales’ only try, taking advantage of confusion and an odd bounce to dot down after Scott Williams’ kick through.

Warren Gatland was quick to remind media after the match of the quality of the Championship just gone and with a Grand Slam champion and two games decided by a single point on the final day, it was hard to disagree.