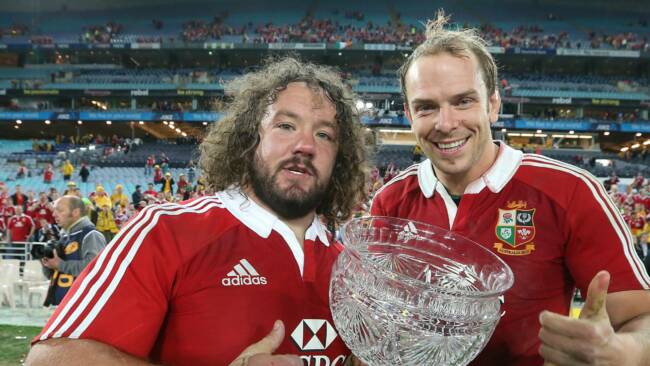 Wales and British & Irish Lions prop Adam Jones has announced his retirement from rugby, bringing an end to an honours-laden career spanning over 18 years.

One of the most decorated forwards in the history of northern hemisphere rugby, Jones toured with the Lions on two occasions, South Africa in 2009 and Australia in 2013.

He earned his first cap as a replacement in the first Test in 2009, making an immediate impact against Springbok loosehead Tendai Mtawirawa on his introduction. He started the second, a narrow loss, and would surely have won another cap in the third had it now been for a shoulder injury.

Series success followed in 2013, with Jones starting all three Tests as the Lions overcame Australia 2-1. In total, he made 12 appearances in Lions red.

Jones also enjoyed exceptional success for club and country. He established himself as the cornerstone of the Welsh pack in the years after making his Test debut in 2003 and would play in all five matches as Wales secured Six Nations Grand Slam glory in 2005. He was an equally important component of Slam winning teams in 2008 and 2012, joining a select club of Welshmen to have won three clean sweeps.

Like fellow recent retiree Jamie Heaslip, he finishes up his career as a Test caps centurion with 95 for Wales and five for the Lions.

In a post on Social Media, Jones said: “With 100 international caps, a Lions series win, 3 Grand Slams, about 5 Man of the Matches and 6 tries in 400+ games, I’m pretty happy! But pulling on my Abercraf jersey is up there with the best of times.”

“I’m very pleased with my knock. When playing for Neath in October 2000, never was there a thought I’d achieve what I’ve been able to. I am truly grateful and thankful for it all.”

The 37-year-old also stated his intention to continue his involvement in coaching having filled a player-coach role for Harlequins in recent seasons.