Scarlets, Munster and Leinster through to Champions Cup last four 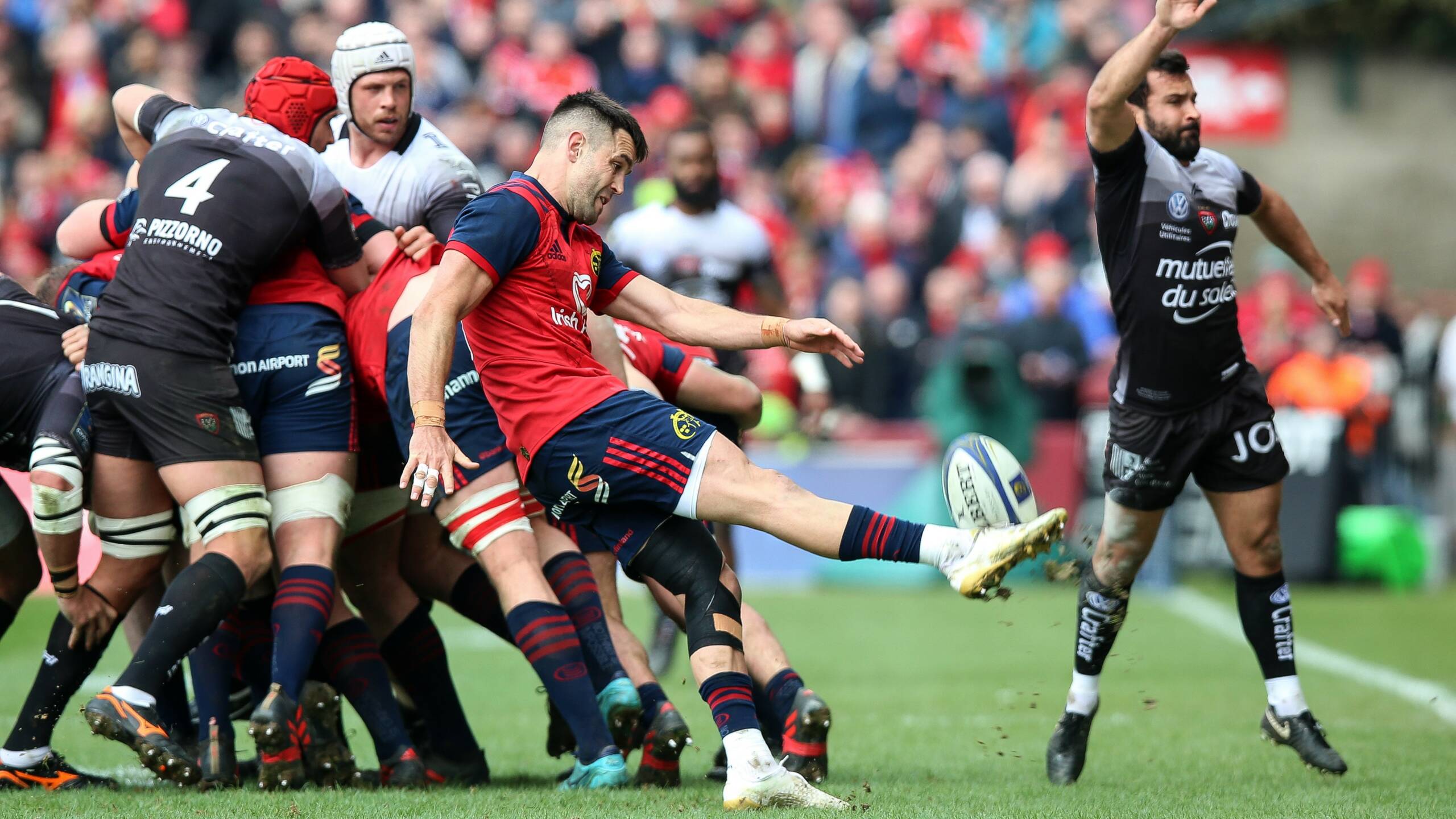 Scarlets, Munster and Leinster won through to the semi-finals of the Champions Cup on a fine weekend for British and Irish rugby in European competition.

Scarlets got the weekend off to the perfect start in front of a packed house at Stradey Park, overcoming La Rochelle in a highly entertaining contest.

Munster-bound second row Tadhg Beirne was a towering influence, especially in the second half, while flanker James Davies showed his versatility by switching to the wing at an early stage to cover Paul Asquith’s injury.

The boot of Leigh Halfpenny proved vitally important with 2013’s Lions Player of the Series landing a series of penalty chances as the home side absorbed pressure and landed body blows whenever the opportunity arose to go in 12-10 up at half-time.

Scarlets went clear in the second half, a powerful maul followed by smart backline play seeing Rhys Patchell dot down.

Having gone two clear scores ahead, the Scarlets absorbed further pressure before Davies put Scott Williams over with a smart offload to seal the win. A late length-of-the-field try for La Rochelle was deserved given the quality of their play at times but ultimately, Scarlets ran out convincing 29-17 winners having given an object lesson in how to play perfect knockout rugby.

Munster, too, showed rugby nous in abundance to claim the second semi-final spot with a sensational victory over French powerhouse Toulon.

Playing at Thomond Park, a first-half try borne of quick-thinking from Conor Murray put Munster into a narrow lead.

Murray showed knowledge of the rulebook as well, realising he was entitled to pick and place the ball from under Guilhem Guirado’s feet after the Frenchman’s fumble at the base of a ruck.

Toulon roared back into the contest midway through the second half, Chris Ashton scoring under the posts after Francois Trinh-Duc and Mathieu Bastareuad had cleaved through Munster’s midfield defence.

Toulon looked to have done enough having resisted massive late pressure inside their own 22 but Munster and Andrew Conway were to have the final say. The Munster wing caught Trinh-Duc’s clearance kick high above his head and ran 50 metres virtually untouched for the winning score, sparking joyous scenes among the home faithful.

In the final match of the weekend, Leinster and Saracens played out a clash of titans at Aviva Stadium on Sunday. Leinster landed the first telling blow within minutes of the match getting underway, James Lowe and Isa Nacewa releasing Garry Ringrose for a sensational try. The boot of Owen Farrell kept Sarries in touch for much of the first hour but Leinster powered clear with further tries from the excellent Dan Leavy and Lowe.

Racing 92 had earlier claimed the fourth semi-final spot, Dan Carter coming off the bench to make a key contribution.

Leinster will face Scarlets in the first semi-final in Dublin while Munster will face Racing 92 in Paris in the second with the fixtures meaning that at least one British or Irish team will contest the decider.

It was also a good weekend for Home Nations teams in the Challenge Cup with Cardiff Blues, Gloucester and Newcastle Falcons earning places in the last four.

The semi-final fixtures in both competitions will take place on 20/21/22 April.