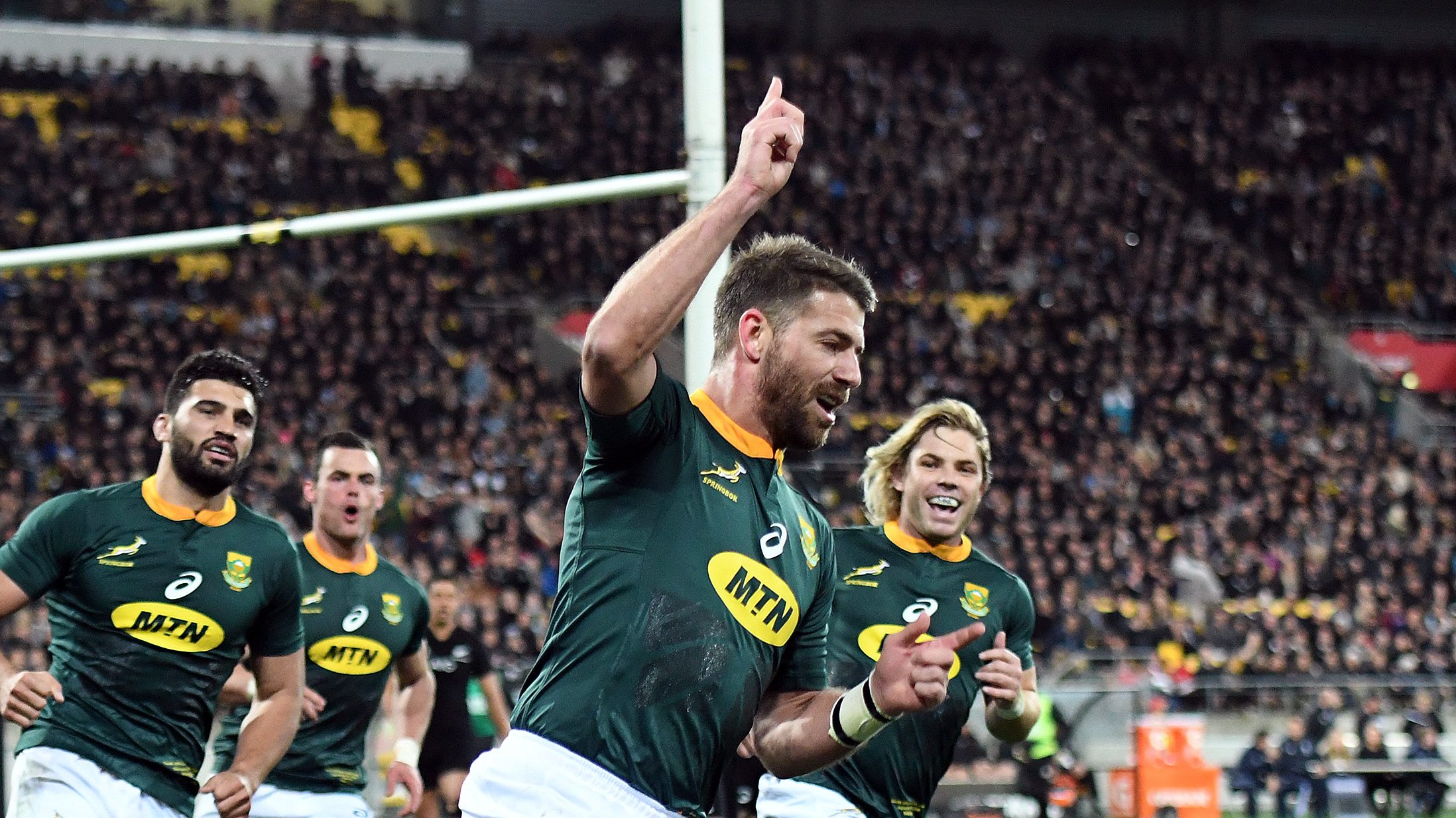 For South Africa, the 2018 Rugby Championship table shows three wins from six and a second-place finish in the table behind New Zealand. That is a relatively good finishing position in the context of recent years (joining second-place finishes in 2013, 2014 and 2017).

But the 2018 Rugby Championship contained much more to be positive about for South Africa fans than previous editions.

There is no doubt that in the short-term, losing their final match from what looked a near certain winning position in Pretoria on Saturday will be a source of frustration for South African rugby as a whole and this squad in particular.

Having won the reverse fixture in Wellington in Round 4, a set-piece and attacking masterclass had put the Boks within touching distance of back-to-back wins in the fixture for the first time since 2009.

It wasn’t to be. A try in the final moments scored by Ardie Savea and converted by Richie Mo’unga completed a brilliant New Zealand comeback from as much as 30-13 down with just 20 minutes remaining.

But while this weekend’s result will have been hard to take, just like earlier defeats on the road to Australia and Argentina, the big picture shows a team trending in the right direction as Rugby World Cup 2019 and a Lions Tour in 2021 loom into view.

If anything, the match at Loftus Versveld on Saturday was an even bigger positive for the long-term than the win in Wellington. South Africa’s defence in New Zealand was primed to pick off New Zealand’s wide attack but even the most optimistic Bokke fans might not have anticipated the strategy resulting in tries from intercepts. In Pretoria, Head Coach Rassie Erasmus’ men were at another level, controlling the fixture for the first hour as they mixed a superb set-piece, aggressive defence and powerful carrying to effectively shut down the reigning World Champions.

Both matches saw the Boks defending their line late in the game. In Wellington a dropped pass saw the All Blacks comeback fall short while in contrast, Savea’s late dive over the line meant the more complete performance on home soil went unrewarded.

Given the fine margins, it is ultimately that big picture that Bok fans will concern themselves with.

And it is that big picture that reveals a whole slew of positives.

First and foremost, there is the obvious star quality in key positions. The availability and form of Faf De Klerk and Willie Le Roux, whose brilliance is so familiar to British and Irish audiences, is central to that but there upcoming talent too with the likes of Aphiwe Diyanyi emerging as a spectacular new talent on the wing. There is a consistency and proven quality to key departments across the pitch from a powerful tight-five with the exceptional Malcolm Marx at its core, Handré Pollard’s well-matched partnership with De Klerk and a typically powerful midfield combination.

Siya Kolisi leads a powerful collection of back-rowers while his captaincy has also been a major success across the Rugby Championship. Erasmus admitted that he felt the 27-year-old’s individual standards dipped during the England series this summer. But he has been a force to be reckoned again in recent weeks, with outstanding ball-carrying, aggressive counter-rucking and rugby intelligence to the fore alongside his obvious leadership qualities.

Erasmus himself, one of the sharpest minds in the world game, is another major plus point.

The final – and biggest – positive of all may be the buzz and excitement the last month has brought to South African rugby with fans and players alike strapping in for what looks like a potentially thrilling three-years of rugby featuring a World Cup in Japan and a first British & Irish Lions Tour since the epic of 2009.