Review: England go close to making it a perfect weekend 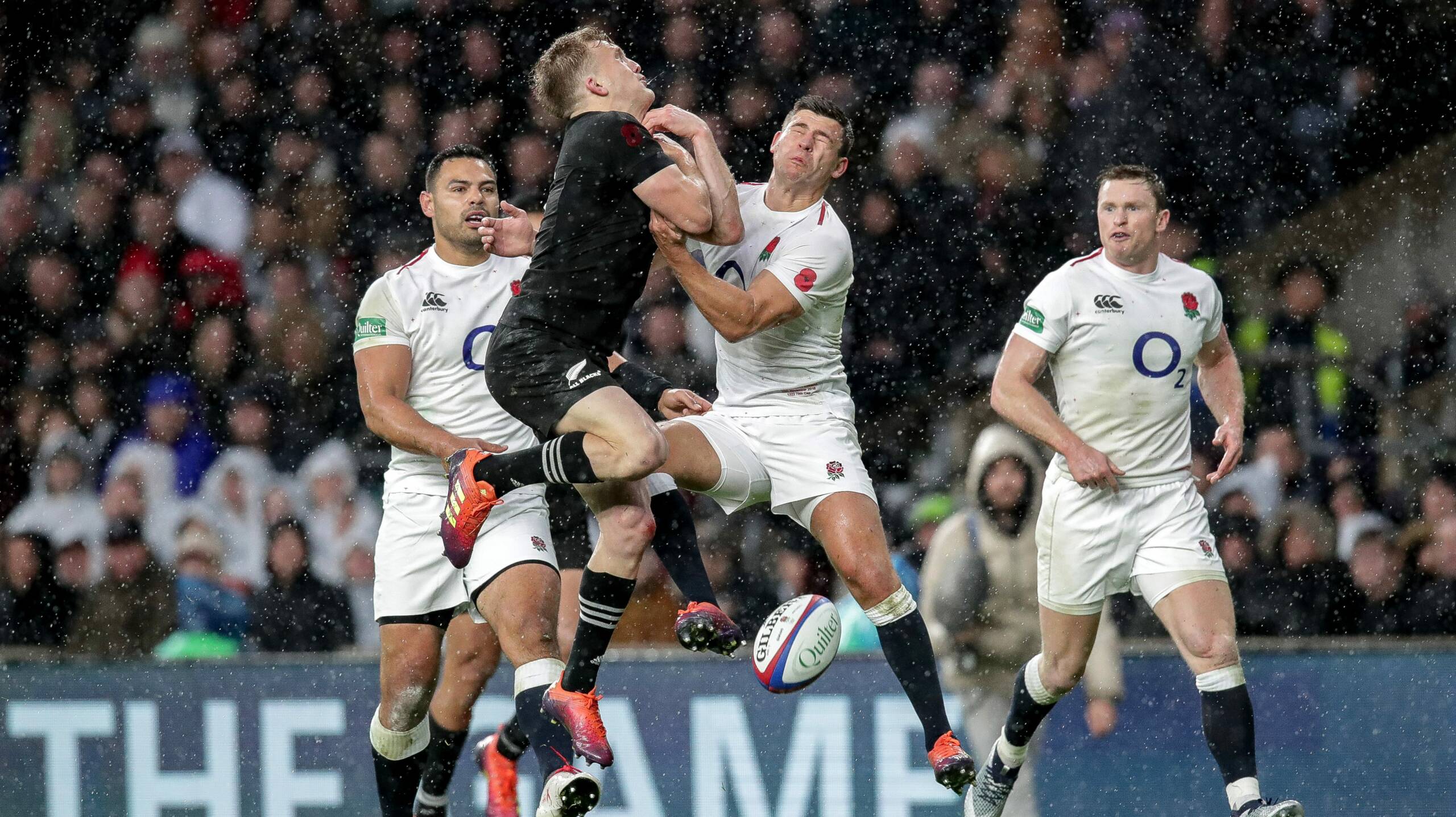 It was close to a perfect four from four for the Home Unions as Scotland, Wales and Ireland all claimed victories in their November Test encounters.

England, in the match of the day, finished just a point behind New Zealand in a sensational Test against the current World Champions.

Sam Underhill looked to have put the hosts ahead as the full-time whistle neared showing brilliant running skills after collecting Courtney Lawes’ chargedown to bamboozle Beauden Barrett and dive over in the corner for what looked like the clinching score.

A TMO review revealed that Lawes may just have been fractionally offside. The try was chalked off and England couldn’t create a winning opportunity in the dying minutes.

The match had started at furious pace with the home team taking the initiative right from the off with a glorious Ben Youngs pass teeing up Chris Ashton for the opening try within two minutes.

Torrential rain meant opportunities were few and far between but a classic driving maul extended England’s lead soon after, Dylan Hartley diving over to spark joyous scenes. Owen Farrell added a drop goal to make it 15-0.

But just as they did against Ireland in 2013, New Zealand clawed their way back, Damien McKenzie getting over for a try before half-time. Barrett converted and added a penalty to make it 15-10 with 40 nailbiting minutes left. A drop goal and a penalty in the second half inched New Zealand ahead. It looked like Underhill’s intervention would swing the match England’s way with minutes left but it wasn’t to be.

But Scotland were playing an effective offload-driven game of their own and eventually racked up eight tries, Tommy Seymour grabbing three. Forwards Allan Dell and Fraser Brown had begun the home side’s scoring with close range dives. Sean Maitland, James Ritchie and Adam Hastings crossed in the second half.

Scotland won by 37 points, their best ever margin of victory over Fiji and a promising sign as the Gregor Townsend project continues apace.

In Cardiff, Wales ended a 10-year, 13-match, hoodoo against Australia registering their first win in this fixture since 2008.

Modern Test rugby typically sees the tryline crossed on at least a few occasions but that wasn’t to be in a tense encounter. Dan Biggar kicked the winning points, adding to two successful Leigh Halfpenny kicks earlier in the game. Bernard Foley and sub Matt Toomua knocked over two penalties for the Wallabies.

There were key performers across the pitch for Wales but once again, Justin Tipuric was chief among them and he collected his second Man of the Match award in two weeks.

The result made it seven wins in a row in all competitions for Wales, a run stretching back to last year’s Six Nations.

Ireland were the last side in action and saw off a tougher challenge than expected from Argentina. Conditions couldn’t be blamed, it was a reasonably still and calm November evening in Dublin.

The margin of victory eventually read 28-17 with tries from Kieran Marmion, Bundee Aki and Luke McGrath and 13 points points from the boot of Jonathan Sexton adding up to a winning total.

But a disjointed performance and a serious arm injury for flanker Sean O’Brien combined to give Ireland plenty to think about a week ahead of their own meeting with the All Blacks.

Scotland also face into a challenge, a meeting with South Africa at BT Murrayfield. The Boks will arrive fresh from a great escape against France, a try deep into added time giving them victory in a dramatic clash in Paris.

England and Wales may look to rotate their selections after two tough matches this weekend with Tonga and Japan next up.