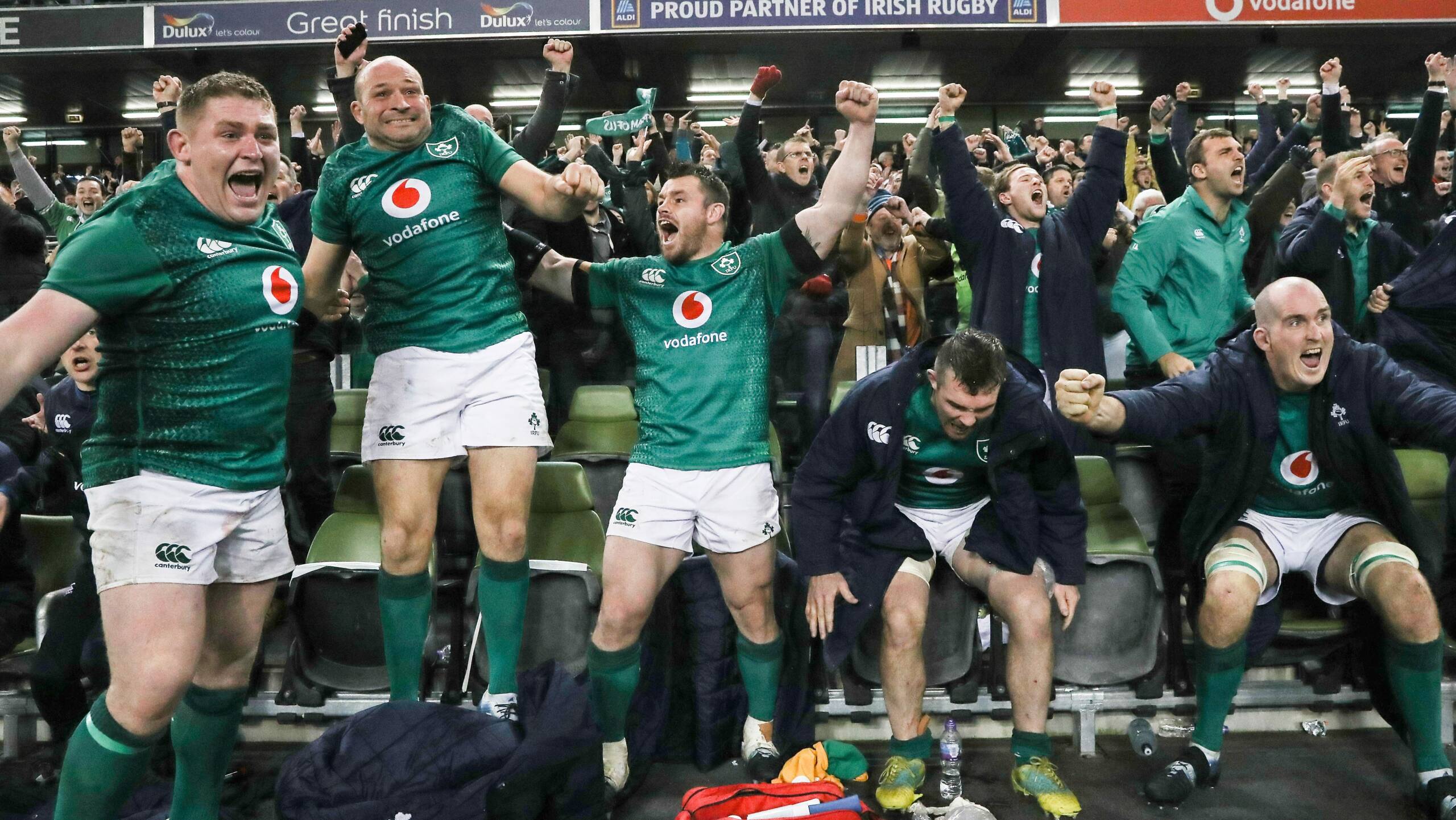 A sensational performance from Ireland saw them overcome New Zealand in a pulsating battle at Aviva Stadium.

Unlike the Twickenham clash where England fell so agonisingly short a week ago, conditions were ideal for rugby on a calm and relatively warm November evening in Dublin.

Ireland dominated the first half across a wide range of statistical categories and also bossed most of the collisions, Cian Healy, Tadhg Furlong and James Ryan were to the fore with ball in hand in a tour de force from the green front five.

Flanker Josh van der Flier, a late replacement for Dan Leavy, was also prominent as Ireland controlled the ball and largely kept New Zealand’s main attacking threats out of the game. Behind the scrum, Jacob Stockdale and Rob Kearney made an impact whenever the game came their way while Kieran Marmion, understudy to the injured Conor Murray, edged his battle with Aaron Smith.

But despite Ireland’s dominance in a range of categories, they went into the break just three points ahead thanks to three Jonathan Sexton penalties to Beauden Barrett’s penalty and drop goal.

But Ireland moved decisively clear in the opening 10 minutes of the second half, a wonderful pre-planned move freeing Stockdale down the left for a try that lifted the roof inside the stadium. After a smart reverse of diretion, the 22-year-old galloped through the remains of a New Zealand lineout and kicked before collecting his own chip and dotting down. Sexton converted to give Ireland a 10 point lead with 30 minutes left.

New Zealand – as could only be expected – responded with a furious intensity.

The Irish line came under increasing pressure as New Zealand emptied the bench and upped the pressure. Rieko Ioane almost sliced through off a New Zealand lineout move while Peter O’Mahony showed the perfect combination of desperation and composure to snatch a chip through and prevent what looked a certain try soon after. Minutes later, the Munster and Lions captain secured a sensational turnover in tandem with Rory Best just yards from his own line.

Kearney made the next try-saving intervention, inserting himself into just the right lane to cut off Barrett’s offload.

With 12 minutes left New Zealand opted to go for the posts, Barrett slotting a penalty from the 10 metre line to cut their deficit to seven.

Ireland had the All Blacks pinned in their own half for much of the remainder of the match though. And while there is no more dangerous team from long range Joe Schmidt’s men were able – just – to hold out as an error from the most unlikely source, Brodie Retallick dropping a routine pass, saw Ireland claim a fully deserved victory.

It had been a clash between the number one and two sides in the world that fully lived up to its billing and one that sets up a fantastic 2019 for European rugby.

Earlier, a valiant Scottish effort just fell short as they looked for a sixth ever win against South Africa.

The highlight of the match was a Scottish try dotted down by Peter Horne, a move which featured two wonderful passes from Huw Jones. The first created the break. The second, a composed one-handed behind the back flick, completed it. Hamish Watson’s try – a clever move from a short lineout – was almost as pleasing. But in the end, it wasn’t to be and the Boks edged a tense finale and escaped BT Murrayfield with a 26-20 win.

England overcame an excellent Japanese opening half performance – they were down 15-10 after 40 minutes – to win with a powerful final 40 of their own. Joe Cokanasiga caught the eye with some powerful wing play, while Man of the Match Maro Itoje proved key to turning the tide in the tight-five battle. It is Australia next week and Eddie Jones’ men will bid to make it three from four for November.

Wales, in the earliest kick-off, ran up a record total against Tonga. It was 24-24 early in the second half but Warren Gatland’s side kicked powerfully clear to finish with 74 points, and prevented Tonga from scoring again to boot and will approach next week’s meeting with South Africa with some confidence.