Biggar stars with the boot as Wales equal record

Wales had the boot of British & Irish Lion Dan Biggar to thank as they claimed a record-equalling 11th win on the bounce, toppling Italy 26-15 in the Six Nations. [more] 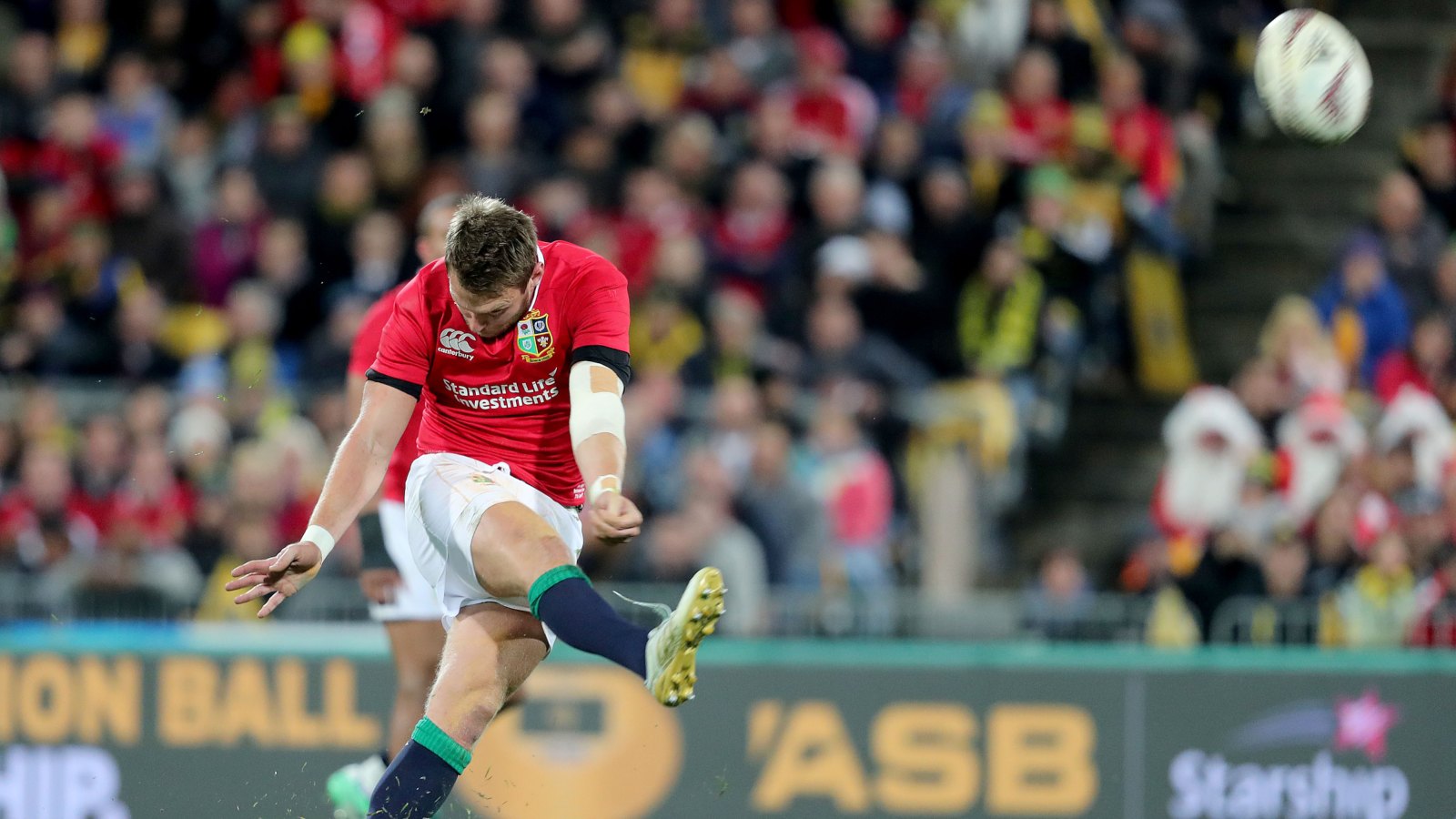 A much-changed Wales side arrived at Rome’s Stadio Olimpico off the back of an impressive comeback victory over France last Friday.

But a first half that saw defences dominate saw the sides separated by Biggar’s offerings from the tee.

Warren Gatland’s men repeatedly looked to their talismanic fly-half for points as Italy refused to give them a sight of the line, with Biggar – who scored 35 points in five matches on the 2017Tour of New Zealand – notching 12 points by the break.

And the 29-year-old added a couple more to his total in the second half as he maintained his impressive 100 percent record with the boot.

A hard-earned win against the determined Italians means Wales make it two from two in the #GuinnessSixNations.

Two-time Lion Jonathan Davies captained Wales for the first time in Rome, and thought he had marked the occasion with a try only for the TMO to intervene.

And while the 2017 Player of the Series – who played every minute of all three Tests against the All Blacks – was encouraged by the performances of several youngsters in Italy, there was an underlying belief that Wales could have done more.

“I think it’s great to show our strength in depth in the squad and the confidence that the coaching staff has in this group. The boys’ effort was great,” he said.

“I think there was a lot of frustration in that performance, can’t fault the boys’ efforts. Probably that accuracy in the final quarter – to turn that pressure into points – was what we lacked today. We came to a difficult place to play rugby and we got a result.”

And those sentiments were echoed by two-time Lions Head Coach Gatland, who oversaw the historic series win in Australia in 2013 as well as the dramatic draw in 2017, with Wales preparing to face England next in the Six Nations.

“There’s lots of things we need to improve for England,” Gatland said.

“The lineout was a bit concerning; we didn’t have enough tempo at lineout time; there was a lot of lineouts off the mark; we kept having to step away and Italy were closing that space down pretty quickly.

“We all need to improve in lots of areas to try and beat England – they’re a pretty good side at the moment.”