British & Irish Lions stars Conor Murray and Jonathan Sexton will start together for the 50th time in Irish green this Sunday against Italy in Rome. [more] 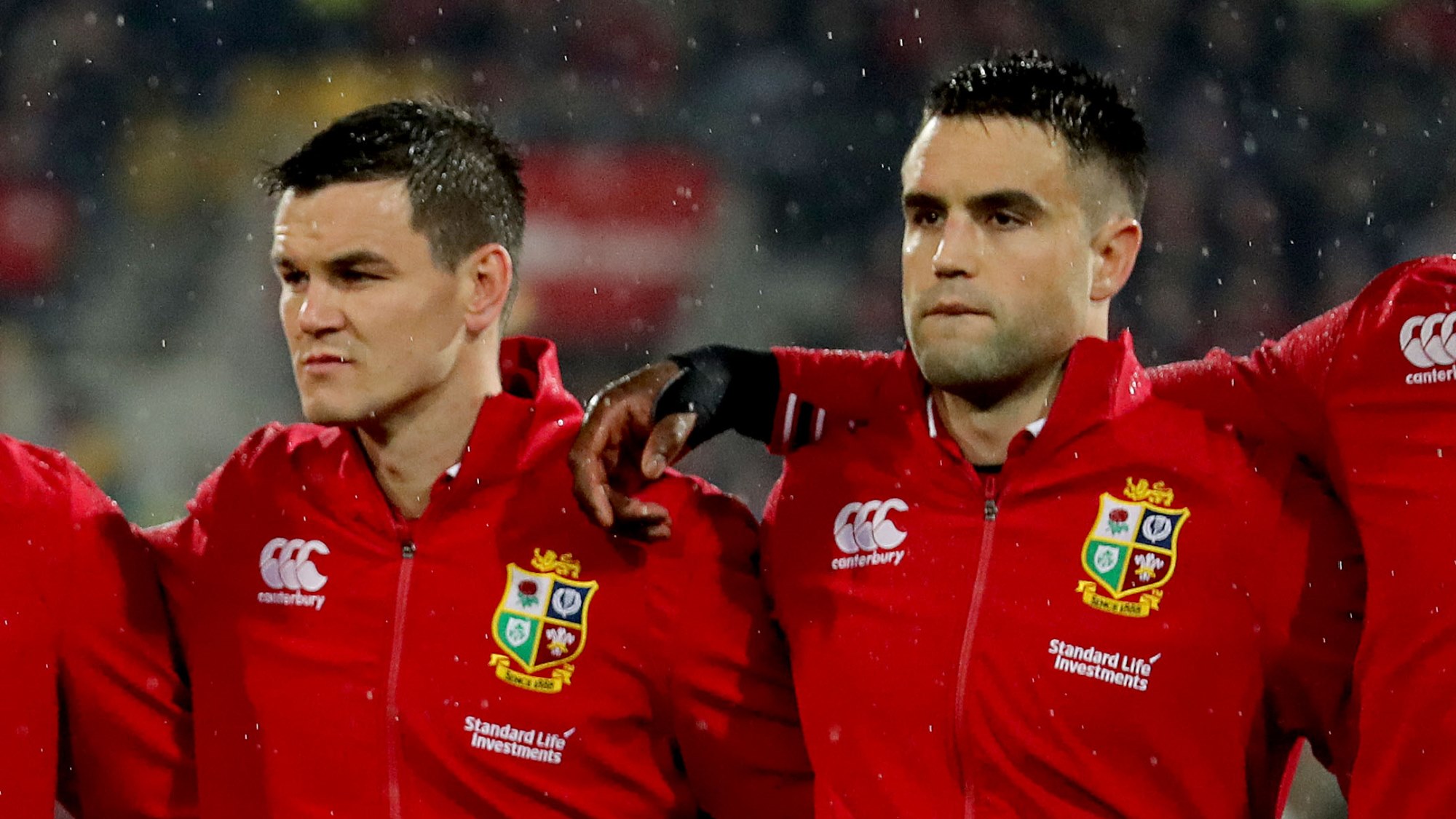 The half-back pairing, both Lions tourists in 2013 to Australia and 2017 to New Zealand, have been paired together once more by Joe Schmidt who unveiled his team on Friday afternoon.

Sexton is back firing fit after departing in the first half of his side’s round two win over Scotland with a head injury.

Murray, himself returning from a long injury lay-off, keeps the No.9 jersey while Schmidt has shuffled his pack up front.

Out go Lions front rowers Rory Best and Cian Healy for well-earned rests, meaning Sean Cronin gets the start at hooker and Dave Kilcoyne at loosehead prop. Tadhg Furlong remains in the No.3 jersey.

Peter O’Mahony, Lions captain in the first Test against the All Blacks in 2017, will skipper his country in Best’s absence in a back row that includes fellow tourist Sean O’Brien.

Rob Kearney remains in the No.15 jersey after his impressive return against Scotland last time out.

Schmidt said: “A few guys have been rotated out and an opportunity is being given to others, to reward the effort that we have seen in training.

“We would have started Johnny (Sexton) anyway even if Joey Carbery wasn’t injured. Johnny has had one game and 23 minutes since the Munster game.

“He has had very little game time whereas Joey has been very resilient and had a lot of game time, including at Edinburgh last week.”