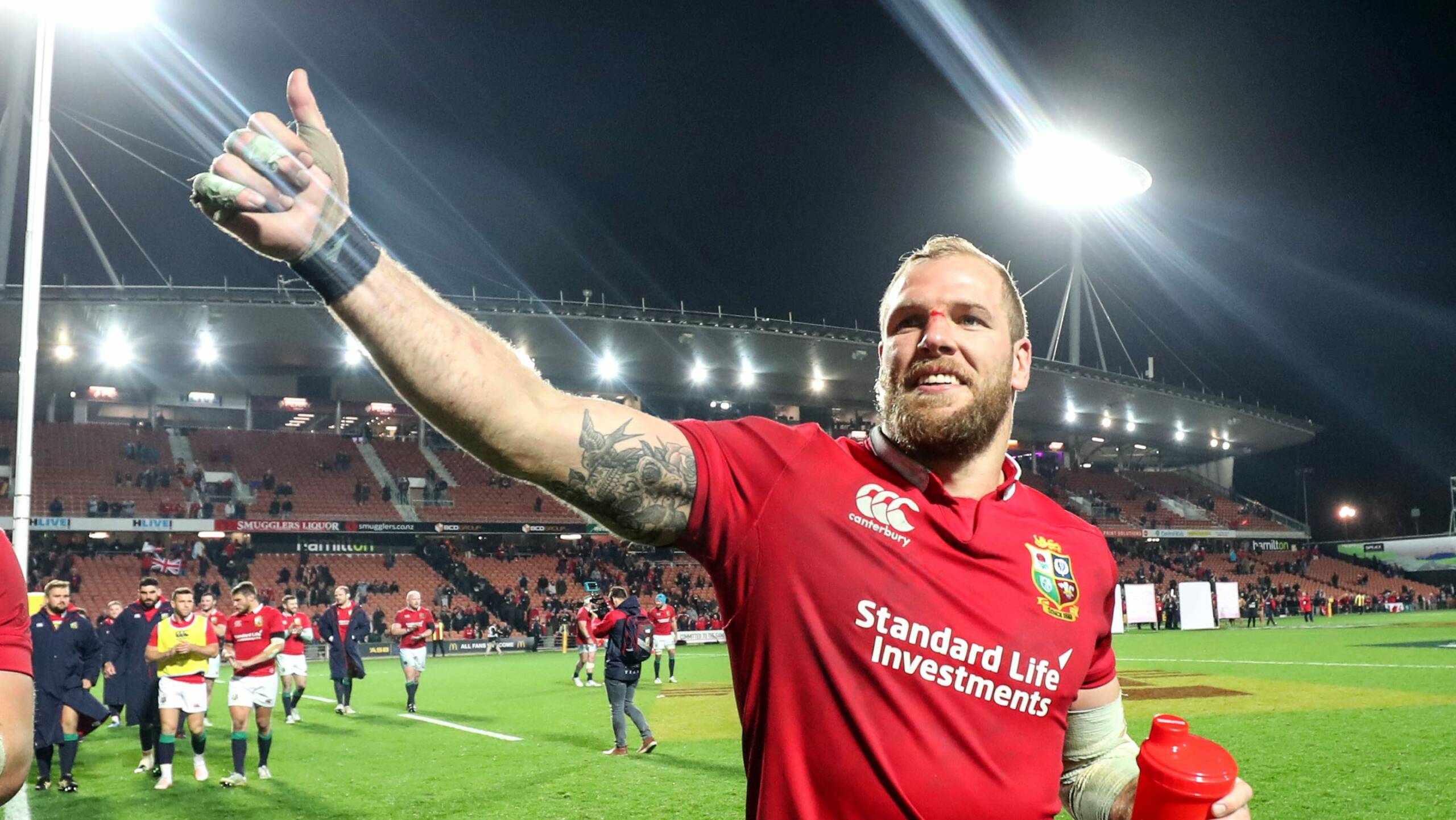 England and British & Irish Lions flanker James Haskell has announced he is to retire from rugby at the end of the current season.

Haskell enjoyed a long and varied career which saw him accumulate 77 Test caps for England and tour with the Lions (#823) in 2017.

The 34-year-old proved a hugely popular member of the squad, becoming a driving force in a strong off-field culture and a fan favourite.

He had already experienced more than many rugby players of his generation, with stints playing in France, Japan and New Zealand bookended by lengthy spells with Wasps. A 2018 move to Northampton Saints proved less successful with injury hampering Haskell’s availability.

On Tour he appeared four times in Lions red, including an appearance against a Highlanders side for whom he had played a season in 2012/3.

With England, he played at two Rugby World Cups and won three Six Nations titles, including a Grand Slam in 2016.

In a statement, he said: “I have loved every minute of my career in rugby and feel very privileged to have played with and against some exceptional players.

“There are so many people to thank, but in particular I would like to express my appreciation for all the coaches, trainers and physios who I have worked with throughout my career – from Maidenhead minis all the way up to England and the British & Irish Lions, I owe them all a huge debt of gratitude.

“I also want to thank all my team mates over the years for putting up with me and giving me an adventure that allowed me to laugh every single day,” he added.

“Retiring is obviously a really difficult decision for me to make; professional rugby has been the centre of my life for such a long time now and while it’s weird to imagine living without it, I look to the future with huge excitement.

“I look back at my career and have been very lucky to have done most things there are to do in rugby. Sadly, I will never know what it’s like to win a World Cup or represent the Barbarians.

“Finally, I would not have achieved what I have in this sport without the continued support of my amazing wife, my family, and my friends. To them all, I am incredibly grateful.”