Brian O’Driscoll and Bryan Habana were the fiercest of adversaries on the field but in retirement the two have become firm friends. [more] 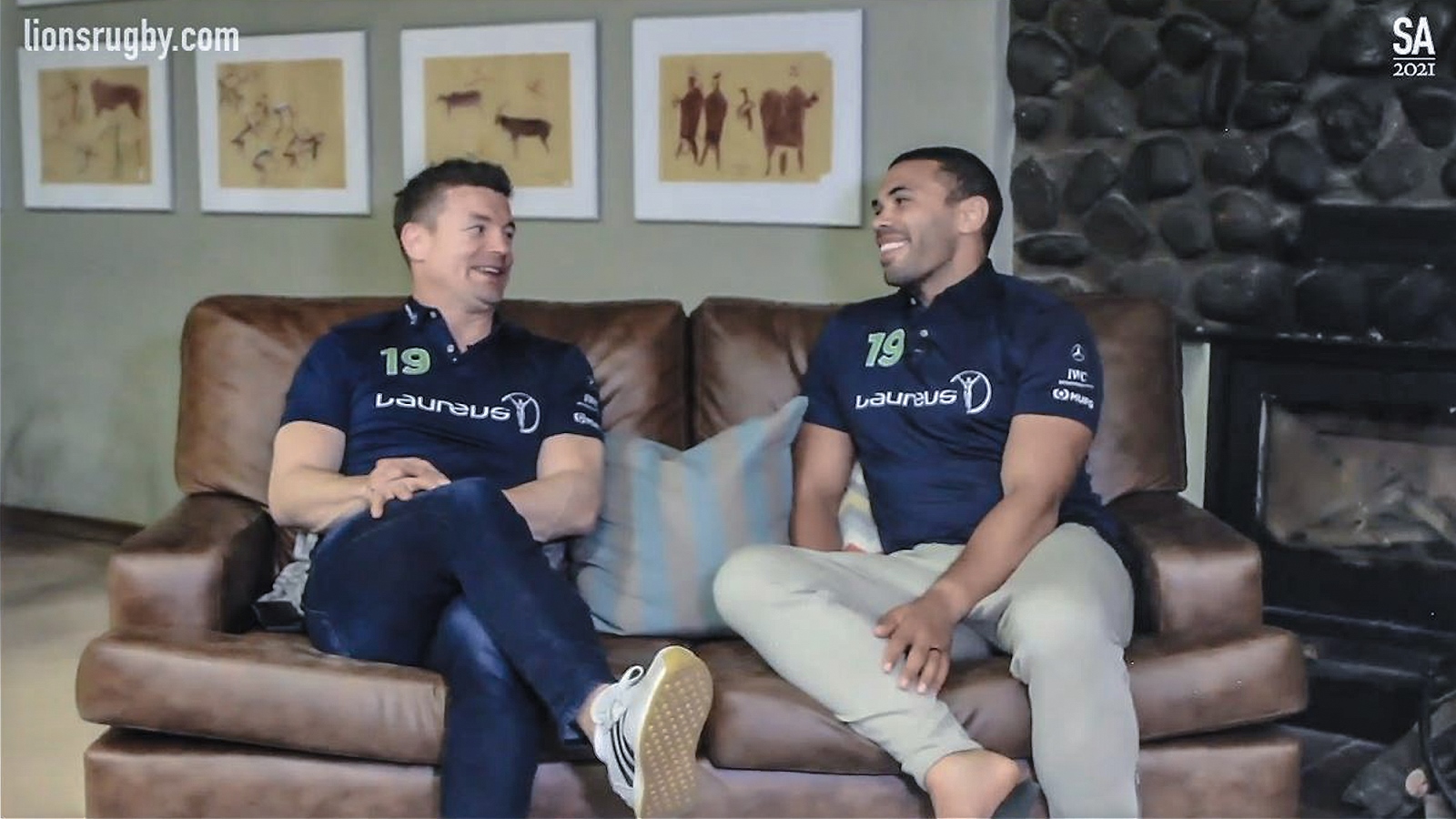 The pair recently completed a four-day trek through the stunning Drakensberg Mountain range for the sports charity Laureus, raising over £330,000 in the process.

And the two superstars’ return to South Africa – the scene of the historic 2009 Tour which pitted the Lions against the reigning world champions – brought the memories flooding back.

These two legends of the game have accrued more than 260 international caps between them, played in a combined seven Rugby World Cups and won every trophy this great game has to offer.

But there is nothing quite like a Lions Tour, and for O’Driscoll the 2009 trip to South Africa – one of four Lions Tours the centre went on – remains the standout.

“My favourite Test series, even though we did lose it, was against South Africa in 09,” said the 141-cap centre.

“It had the balance of everything. An incredibly tight squad, a ferocious Test series.

“That second Test we played in Loftus Versfeld was the hardest Test match I ever played in.

“It was a bit of throwback to the amateur era as well where we had this really tight unit playing Wednesday and some players backing up on Saturday.  That is what the Lions are all about.”

In the northern hemisphere, the Lions are a sporting tradition like no other. A team of rivals that come together once every four years to take on the best from the other side of the world.

But the red shirted tourists are equally special as adversaries for the men in the southern hemisphere.

In 2009 the Lions were taking on the reigning world champion Springboks, but the unique challenge that awaited Habana was not lost on him.

“For us in the southern hemisphere, you only get that chance once in your career span potentially,” he said.

“To be able to do that and get that experience is something so unique.

“I will never forget running out onto Loftus Verseld, it was a stadium that I had become accustomed to and somewhere I felt very comfortable playing in. But as we were running out of the tunnel all I could see was a sea of red.

“From our point of view we were shell shocked. For the first 15 or 20 minutes of that game we just didn’t know where we were.

“That was actually the experience of the Lions Tour, thousands of fans coming to your country and backing their own players.”

Indeed, O’Driscoll could see how much it meant to be on that Tour, not just for him and his teammates but to their rivals from the Rainbow nation too.

“The Lions are about the uniqueness of being in the 35 or 36 best players in Great Britain and Ireland every four years,” he added.

“These players that are adversaries week in week out for club and country, and then all of a sudden for a seven week period they are your friends, your comrades, your teammates.

“You have to bond and then try and form a game plan to play against one of the best teams in the world.

“Where does that ever happen?

“There are individuals that have played 100 Tests for their country but have never played against the Lions.

“100 tests and you never get that chance!? As great as it is to be a Lion, it seems as though it is equally great for those recipient countries that are bringing them in.

“They understand the enormity of that touring party as well.”

On the pitch, the Lions were left heartbroken in a 2-1 series defeat, the killer blow coming at Loftus Versfeld in the second Test when Morne Steyn’s last-gasp penalty sealed a dramatic comeback win.

Habana crossed for a vital second-half try in the Springbok fightback – leaving O’Driscoll grasping at thin air in the process.

“I have forgotten about it! I am totally OK with it!” jokes O’Driscoll when the subject is brought up.

But the real value of that Lions Tour was felt off the pitch, as the tourists went to townships in Soweto and across the country to try and grow the game and give back to the community.

And Habana will never forget the impact that those visits had on his countrymen.

“For me what really stood out about 2009, yes the series itself was big, but it was really brilliant to see actually how much the Lions do for the game outside of the four lines,” he added.

“The amount of community giveback they gave, going into townships in the rural part of South Africa and giving kids a breath of fresh air and hope.

“They didn’t have to do it, you know a seven-week long tour is pretty tough, they have their own things to worry about in terms of preparing for Test matches.

“But seeing how these guys, with everything that is going on, are going into the communities of the countries they are visiting, that makes the growth of the game much more impactful than what happens on the pitch in the three Test series. That was, for me, what stood out.

“The Tours are great and it’s about so much more than the rugby. That hopefully transcends to every country that the Lions tour to, and long may it continue.”

And after completing their Laureus mountain challenge earlier this year together, O’Driscoll is no doubt about the good that sport can do in the world.

“The Lions is about legacy and leaving something behind, building a training pitch in Soweto. Long after the Lions Tour is over, we want to leave something for the kids of that area to be able to go and play and enjoy the game that we love.”