Ireland run in five tries in victory over Italy

Andrew Conway enjoyed a fine outing for Ireland as they got off to a winning start in their World Cup warm-ups against Italy. [more] 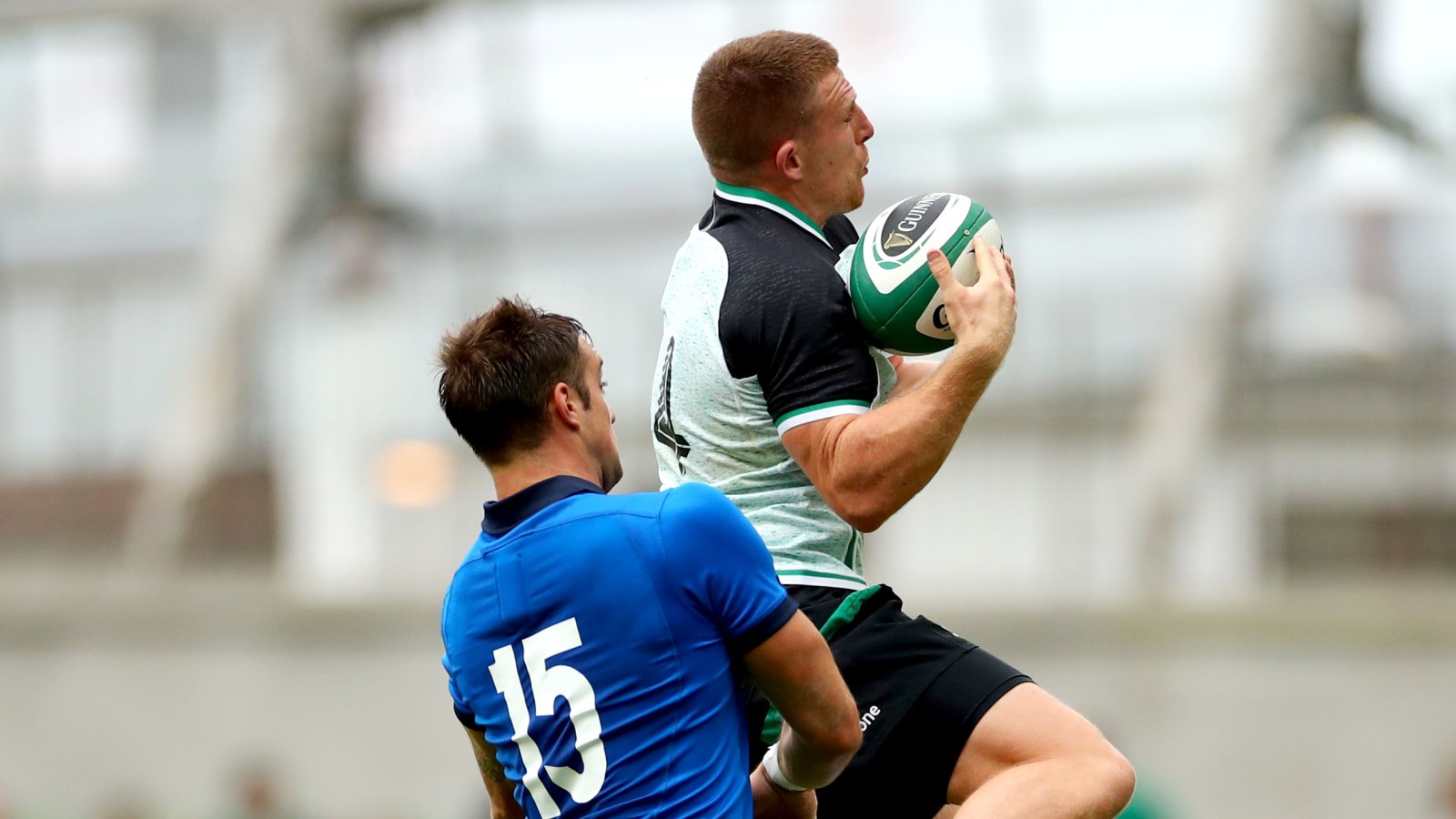 Joe Schmidt’s side ran out 29-10 winners at the Aviva Stadium, scoring five tries in total although they will be hoping that Joey Carbery did not do any significant damage after he was forced off with an ankle injury.

That happened early in the second half, with Carbery having already scored one try and played his part in two more for the home side.

Although Italy had struck first through Maxime Mbanda, Ireland responded when Chris Farrell stepped in at first receiver and then delayed his pass beautifully to put Carbery in.

The fly-half converted, and then turned provider as he helped spread the ball for Dave Kearney to run in Ireland’s second, retaking the lead after Carlo Canna had put Italy back in front.

Conway then got in on the act, going over in the right corner after great work from the forwards, with the Munster winger also exceptional under the high ball all game long.

And Ireland, who were coached by two-time British & Irish Lions coach Andy Farrell for much of this week when Schmidt returned to New Zealand for a family bereavement, carried on in similar vein in the second half.

Jordi Murphy popped up to score from a dominant rolling maul before Kieran Marmion added another try from a chargedown of Ian McKinley to complete the scoring just after the hour.