Upcoming British & Irish Lions opponents South Africa backed up their Rugby Championship triumph with a second victory over Argentina in as many weeks, as they toppled the Pumas 24-18. [more] 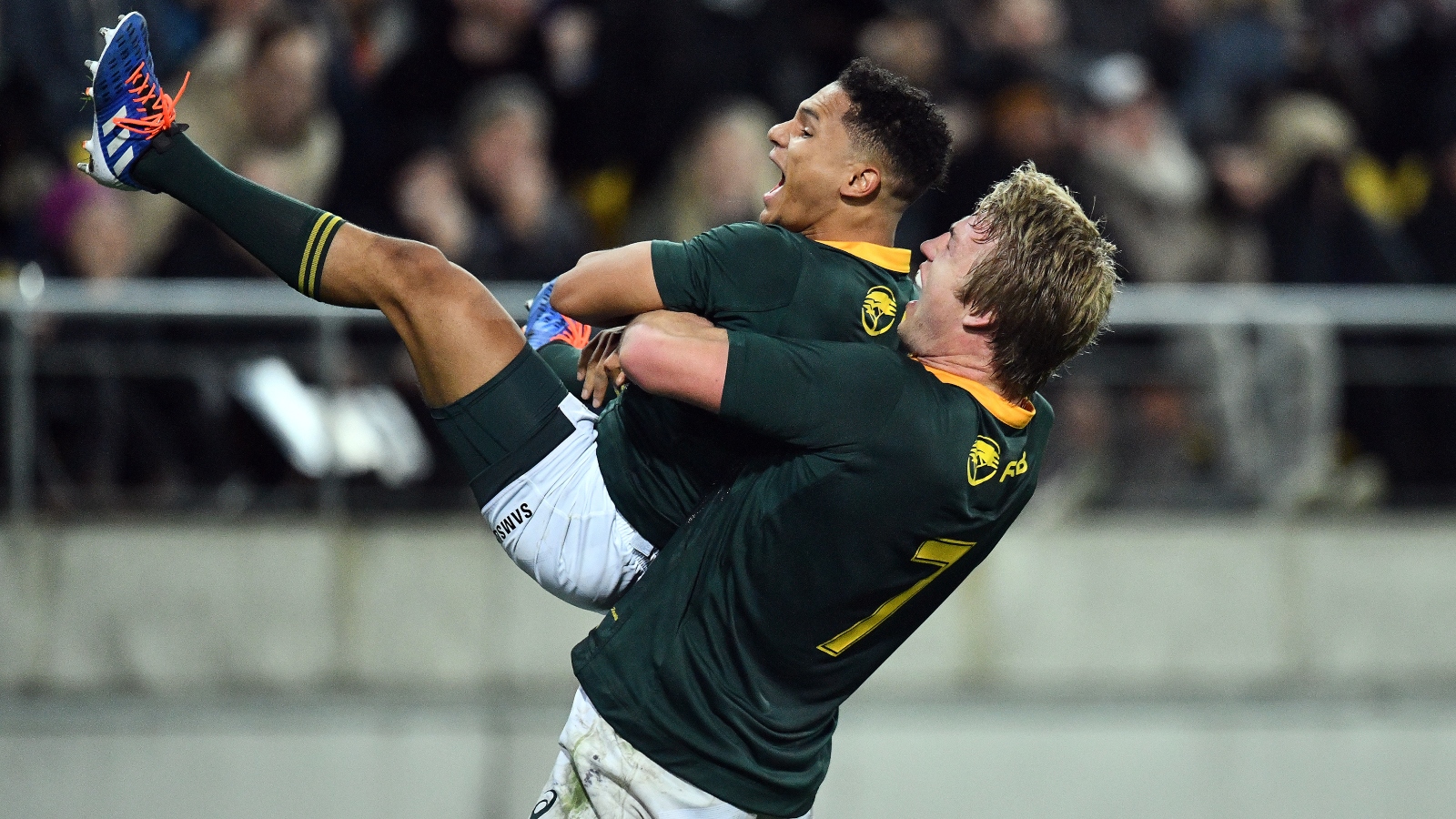 After sealing their first title in the Southern Hemisphere tournament for ten years last weekend, the Springboks were tested in Pretoria as Argentina put up a stirring fight.

A pair of tries from wing S’busiso Nkosi either side of half-time made the difference, with fly-half Elton Jantjies slotting 14 points from the tee for the 2021 Lions rivals.

Rassie Erasmus’ side held off a late charge from the visitors, who saw a try ruled out by the TMO after they looked to have snatched a lifeline.

But, in spite of the unconvincing nature of the victory, the result means that South Africa are now four games without defeat heading into the Rugby World Cup.

Elsewhere, New Zealand responded in style after questions were raised over the supremacy of the All Blacks following their defeat to Australia last weekend by dispatching their old rivals 36-0.

The loss last time out meant that they relinquished their Rugby Championship title for the first time since 2015, but a comprehensive victory in Auckland sealed a 17th Bledisloe Cup on the spin.

Tries from new wings George Bridge and Sevu Reece, as well as Richie Mo’unga, Aaron Smith and Sonny Bill Williams blew Australia away, who were not allowed to get a foothold throughout, much to the delight of All Blacks captain Kieran Read.

“There has been a lot said this week and the guys fronted up tonight,” he said.

“I’m so happy. It’s a trophy that we cherish. I know the Wallabies do as well. We both really love playing for this cup and it showed in these two matches.

“I don’t think you can expect to have a result like that, but it comes through hard work. The team truly believes in each other and that’s what we’re going to need moving forward.”