Guarantee your place in South Africa! 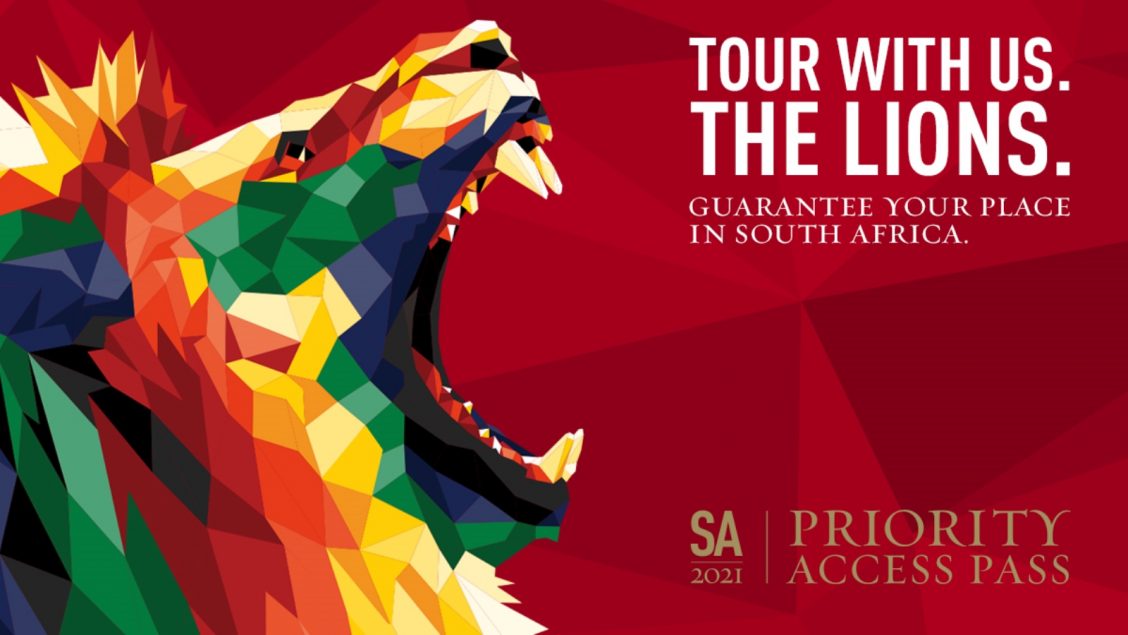 Fans of the greatest touring rugby team in the world – The British & Irish Lions – can now guarantee their places to South Africa in 2021.

The British & Irish Lions have launched the exclusive Priority Access Pass scheme which allows fans to get to the front of the queue when ticket-inclusive travel packages and experiences are launched next year.

Although Tour fixtures are yet to be confirmed, thousands of fans are expected to sign up to be part of the huge Sea of Red that will sweep across South Africa.

For £250, fans can guarantee their places with a fully refundable Priority Access Pass for what is expected to be the most in-demand Lions Tour ever against the newly crowned Rugby Championship winners.

British and Irish Lions Chairman Jason Leonard, who toured South Africa on the legendary 1997 Tour said: “The Lions are the ultimate in rugby. They have given me lifelong memories and created incredible friendships that have lasted a lifetime.

“The support is also the best in the world and the incredible Sea of Red is not just spine-tingling but inspiring too. It still makes the hairs on my neck stand up when I think about South Africa in 1997 and I am sure more fans than ever before will be there in 2021.

“Without what the fans bring, the energy, passion and atmosphere, The Lions would not be the same so we hope as many as possible follow us to South Africa to keep this incredible tradition going.”