All Blacks lay down a marker with victory over Springboks

New Zealand produced some breathtaking running rugby as they opened their World Cup campaign with a hard-fought 23-13 win over South Africa in Yokohama. [more] 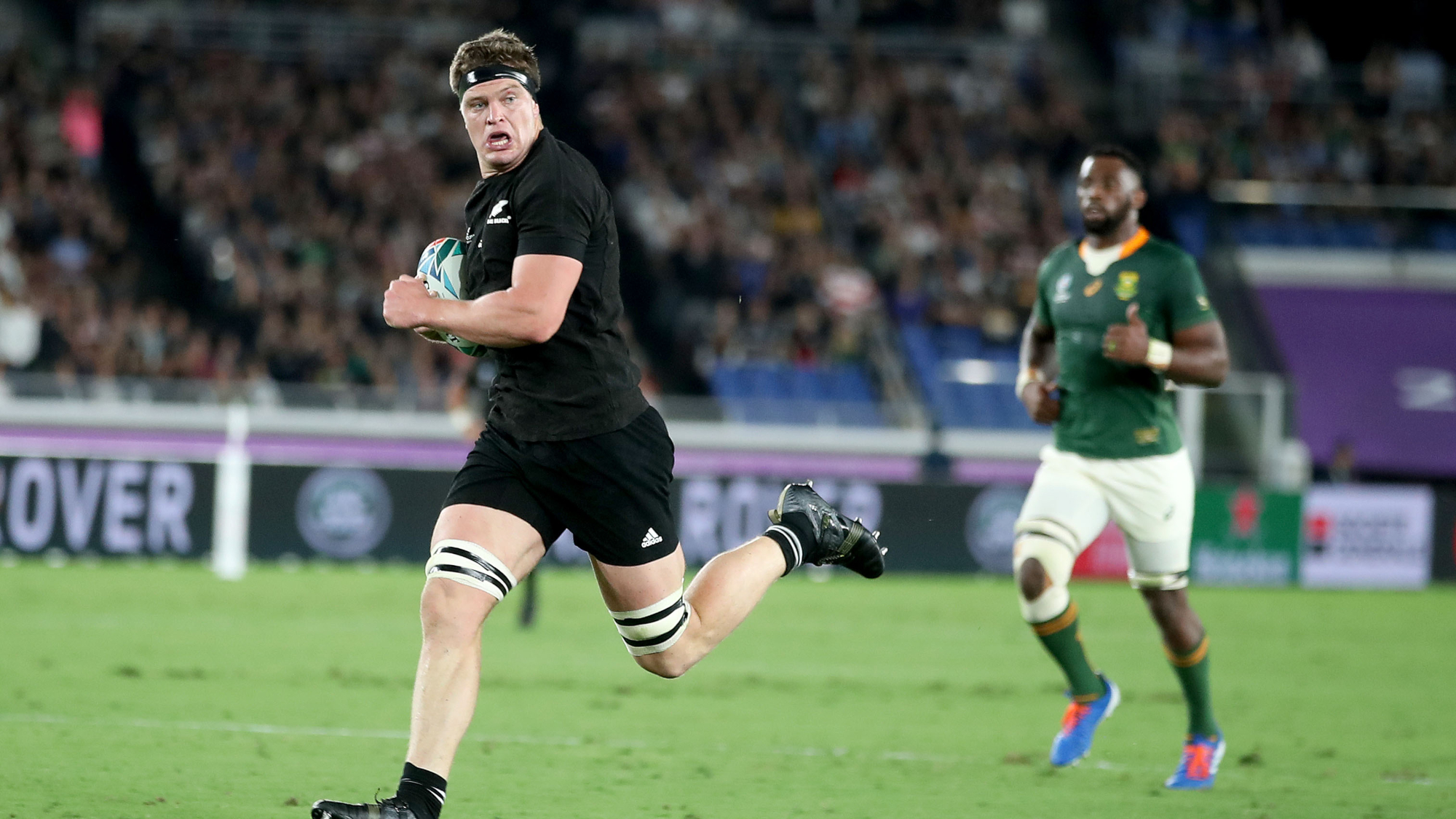 Both sides will fancy their chances of returning to this stadium at the start of November, and while there were stray passes and handling errors, the intensity on show was remarkable.

In a battle between South Africa’s physicality and New Zealand’s counter-attacking excellence, it was the latter that proved to be more effective.

The Springboks pushed New Zealand to the limit in the early stages of each half, but had no answer to a five-minute blitz just before the half-hour that saw the All Blacks score 17 unanswered points.

Tries from George Bridge and Scott Barrett swung the game in the favour of the defending champions, and despite a valiant response, notably thanks to a try from Pieter-Steph du Toit, South Africa could not pull off the comeback.

Instead it is New Zealand who extend their winning record on the World Cup stage – their last defeat coming all the way back in 2007 at the hands of France in the quarter-finals.

The first half was effectively split in two, the Springboks dominating the first 20 minutes before being completely overwhelmed in the second.

Handre Pollard had slotted a penalty inside two minutes and New Zealand appeared to be struggling to come to grips with South Africa’s aggressive defence and powerful counter-rucking.

The Springboks should have doubled their lead when Nepo Laulala was slow retreating after a ruck but Pollard pushed a kickable penalty against the post.

A minute later and Faf de Klerk threw a pass to no one and the All Blacks swarmed. Richie Mo’unga collected and was just tackled short of the line by Makazole Mapimpi, who was then penalised for slowing the ball down. Mo’unga knocked over the resulting penalty, and New Zealand were up and running.

They had found a tactic to counter the Springbok rush, Mo’unga putting a chip kick to Sevu Reece out wide who raced through. The support play was excellent and when the play was shifted to the left, Beauden Barrett broke through before feeding George Bridge for the try. Mo’unga added the easy conversion.

Two minutes later they were in again, another stunning effort. This time it was Pollard who failed to collect an up-and-under. The All Blacks pressed and probed before Anton Lienert-Brown ghosted past Malcolm Marx and then fed second row Scott Barrett inside him to go under the posts.

Mo’unga added the extras, and despite missing a late shot at the posts, the All Blacks were in control at 17-3 at half-time.

South Africa needed to score first in the second half, they did just that on 48 minutes, with electric winger Cheslin Kolbe at the heart of it. He wriggled out of two tackles before racing down the sidelines and turning Mo’unga inside out. The fly-half did brilliantly to stop him, and New Zealand even got the ball back but as they tried to run it out of their 22, Du Toit popped up for an interception. A few phases later it was he who picked from a ruck and ran through a huge hole to dive gleefully under the posts. Pollard’s conversion made it a one-score game once again. 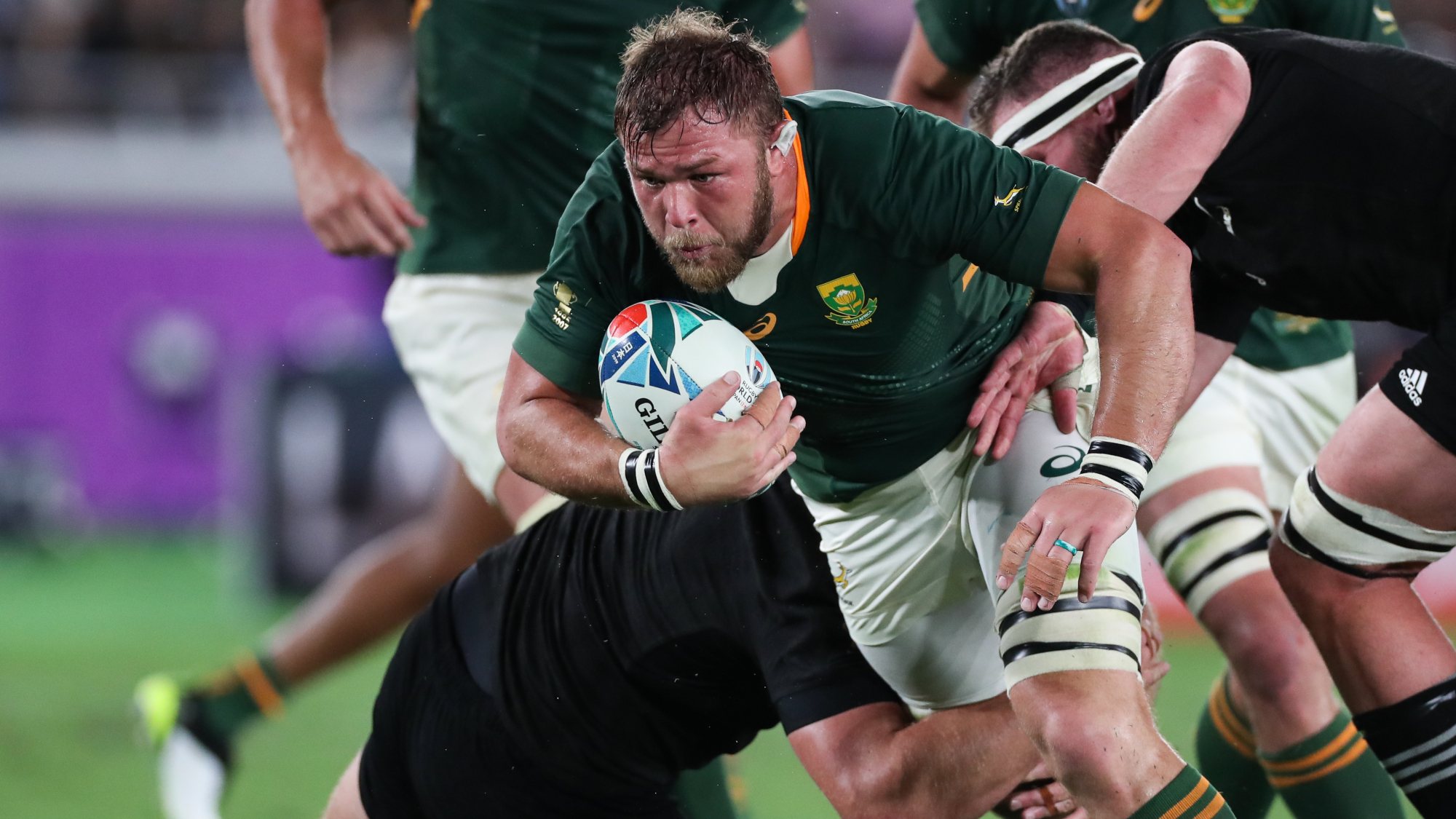 They could have had another soon after when Duane Vermeulen put De Klerk away. The support was good but Willie le Roux’s final pass for Cheslin Kolbe was a poor one, and while the winger did well to collect, he had to slow and it allowed the New Zealand defence to get back and force a turnover a couple of phases later.

Just before the hour they were able to close the gap though, Pollard dropping back and slotting a sweet drop goal from 40 metres to make it 17-13.

New Zealand responded thanks to a pair of big scrums, earning penalties on each occasion, the latter allowing Mo’unga to push the lead back to seven points.

That score looked to have taken the wind out of South African sails, with Beauden Barrett adding three more soon after due to an offside.

There was still time for some more Kolbe magic, another weaving where he seemed to beat virtually every player on the pitch.

But it was New Zealand who finished the stronger and they were able to deny their opponents even a losing bonus point.