Ireland did not have it easy against Russia but coach Joe Schmidt was satisfied with their performance in a 35-0 win in Kobe. [more] 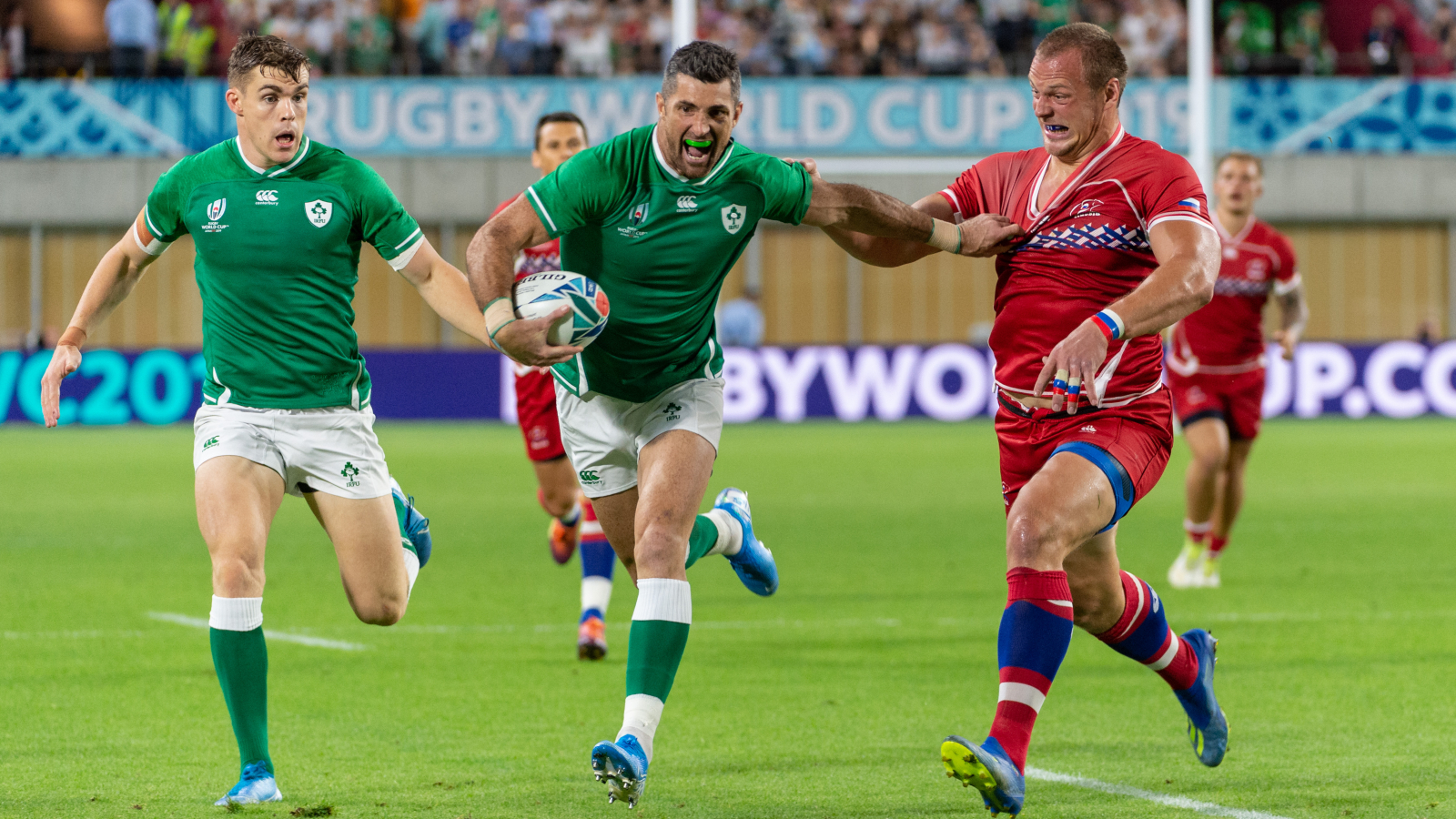 Joe Schmidt was a satisfied head coach after Ireland battled to a 35-0 bonus-point win over Russia in Kobe.

Andrew Conway’s try following a clever chip from Jack Carty gave Schmidt’s side a late fourth-try bonus, one they had to work hard for amidst humid conditions and a hard-working Russia team.

Skipper Johnny Sexton – replaced at half-time – had earlier set up Peter O’Mahony for a try with a grubber, while he also called the training ground move that saw Rob Kearney open the scoring after two minutes.

Rhys Ruddock, just before half-time, and Garry Ringrose from a late long-range counter-attack, also crossed, and Schmidt felt there was plenty to build on from the game.

He said: “I don’t think we lost our way, we just didn’t convert some chances. When you look back, there were some really good chances. The maul was going well but we didn’t get anything off the back of it.

“Both in the first and second half, I felt our maul got going really well and we didn’t get anything on the back of it a few times. Rhys (Ruddock) finished his try when he muscled up with a bit of help from John Ryan.

“And then, in that third quarter, there was a bit of frustration. On the back of CJ Stander’s line-break where we got very close to scoring, it was frustrating that we lost the ball in the tackle.

“I’m pretty realistic about how tough conditions were out there having talked to the players afterwards. I felt we controlled a good amount of the game, albeit not necessarily scoring (freely).

“We’ve got 11 points in the pool and we still keep control of qualifying. If we get a win against Samoa we know we’re in the mix for the quarter-finals.

“We just have to wait for that final pool game (between Japan and Scotland) to know where we qualify (first or second).”

Ireland News
Previous story Mako and Jack back but on bench for England
Next story Open Side: Lions legend Warburton explores leadership in new book