Kolbe calls the shots as Springboks cruise past Italy

Cheslin Kolbe led the charge as South Africa leapfrogged Italy and now look nailed on to secure their passage into the Rugby World Cup quarter-finals.  [more] 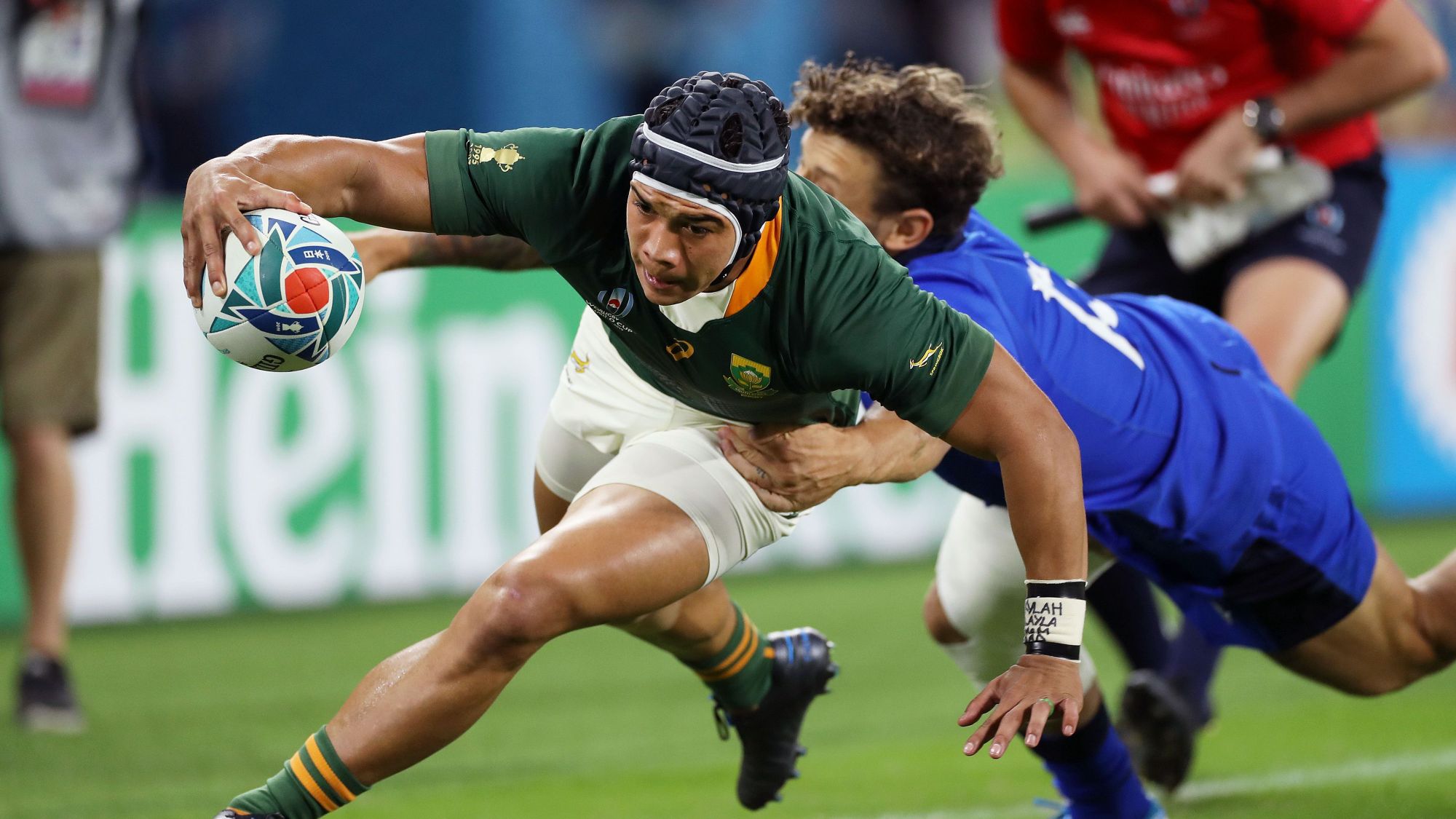 The Springboks were far too strong for the Azzurri on Friday night in Shizuoka, Kolbe and Bongi Mbonambi crossing in the first half to open up a 17-3 half-time lead.

Andrea Lovotti then saw red for the Italians early in the second half and from there, the Boks ran away with it.

Kolbe went over for his second from a Handre Pollard cross-kick to put South Africa on the verge of a bonus-point win – the one concern being the winger limping off late on.

And they sealed it when Lukhanyo Am picked off a pass to coast under the posts for the all-important fourth try.

And from there is was a question of how many, Makazole Mapimpi the next to go over from a lovely chip from Willie Le Roux.

Replacement lock RG Snyman and hooker Malcolm Marx then went over to put the seal on a 49-3 victory late on.

The Boks, who welcome the British & Irish Lions in 2021, lost their tournament opener to the All Blacks but have now claimed back-to-back bonus-point wins over Namibia and Italy and will surely seal their passage from Pool B against Canada next week.

Rassie Erasmus’ side came roaring out of the blocks and when Kolbe’s dancing feet took him over in the right corner inside five minutes, they were well on their way.

Mbonambi then peeled off the back of a rolling maul to dive over before the half hour mark, Tommaso Allan’s penalty in between the sole Italy score of a one-sided affair.

It was not until the second half that the Boks cut loose after Lovotti saw red for a dangerous tip tackle on Duane Vermeulen.

Pollard’s cross kick sat up perfectly for Kolbe to go over for his second and South Africa’s third.

Am then showed great awareness to pick off a pass and race clear for the all-important fourth.

It took until the final quarter for the fifth score to come, Le Roux’s perfect chip exploiting space and releasing Mapimpi to go over.

And when Matteo Minozzi opted to keep the ball infield while being pushed into touch by Kolbe, Snyman was on hand to dive over for the sixth.

Kolbe limped off late on, to leave Bok fans with their hearts in their mouths, but Malcolm Marx got their magnificent seventh at the death from yet another rolling maul.