Cobus Reinach crossed for the fastest hat-trick in Rugby World Cup history as South Africa eased past Canada on Tuesday and into the quarter-finals. [more] 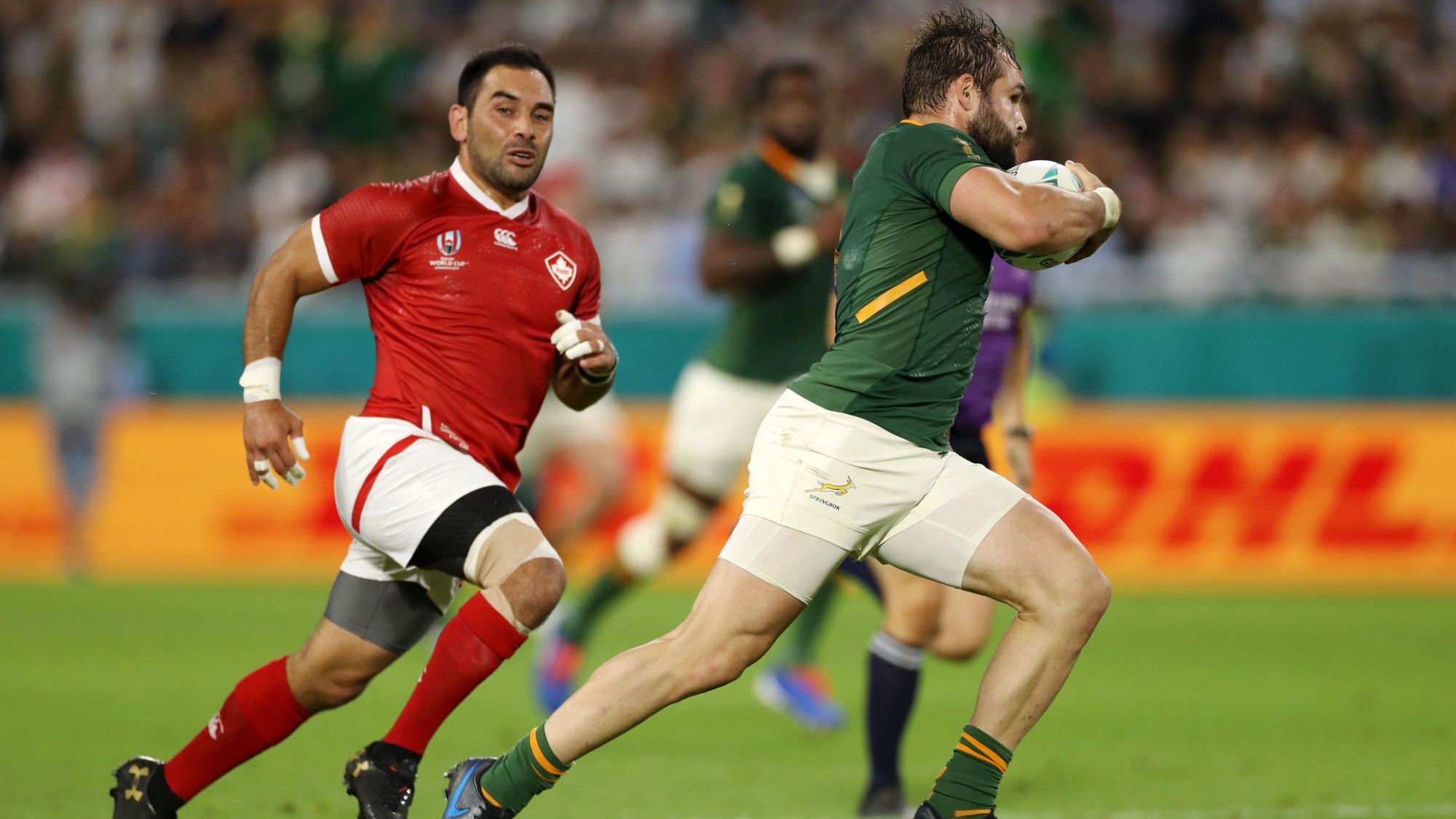 Reinach’s treble came up inside 21 minutes of the Springboks’ final Pool B clash, as Rassie Erasmus’s side came roaring out of the blocks.

Damian de Allende and Sbu Nkosi had already crossed before Reinach got to work with a first-half hat-trick.

Canada’s Josh Larsen saw red for a dangerous clearout and Warrick Gelant and Francois Steyn added tries to make it a whopping 47-0 at the break.

Matt Heaton added some respectability with the first try of the second half for Canada but normal service was soon resumed.

Schalk Brits brought up the half century before Damian Willemse and Frans Malherbe rounded out the scoring in a 66-7 victory.

The first try of the game arrived inside three minutes, RG Snyman’s break laying on the score for de Allende who was wearing 13 for the Kobe clash.

Three minutes later and Nkosi was over in the left corner before Reinach got to work.

His first try was all his own work, the Northampton scrum-half collecting his own chip over the top and racing round under the posts.

His second was from closer range after another break from Snyman and the Boks had the bonus point inside 18 minutes, the quickest of the tournament so far.

Reinach’s hat-trick arrived soon after, the No.9’s supporting line taking him under the posts and Erasmus’s side were rampant.

Gelant was the next to go over after Heaton’s red card, doing a Cheslin Kolbe impression to dance over in the right corner.

And the first half got worse still for the Canucks, Phil Mack’s pass on his own try line picked off by Steyn for their seventh score of the stanza and the centre’s first Test try in seven years.

The second half started with a bang, Heaton crashing over from close range to give Canada something to cheer.

But thereafter it was all the Boks, Brits dancing over to get their first score of the half before Willemse and Malherbe finished off the job.

The Boks are now into the quarter-finals and will wait to see who their opponent is with almost a fortnight to prepare now.