Moriarty making up for lost time as Wales see off Fiji

Ross Moriarty has had to bide his time while waiting for his first start in Japan, so when it came he was keen to make it count. [more] 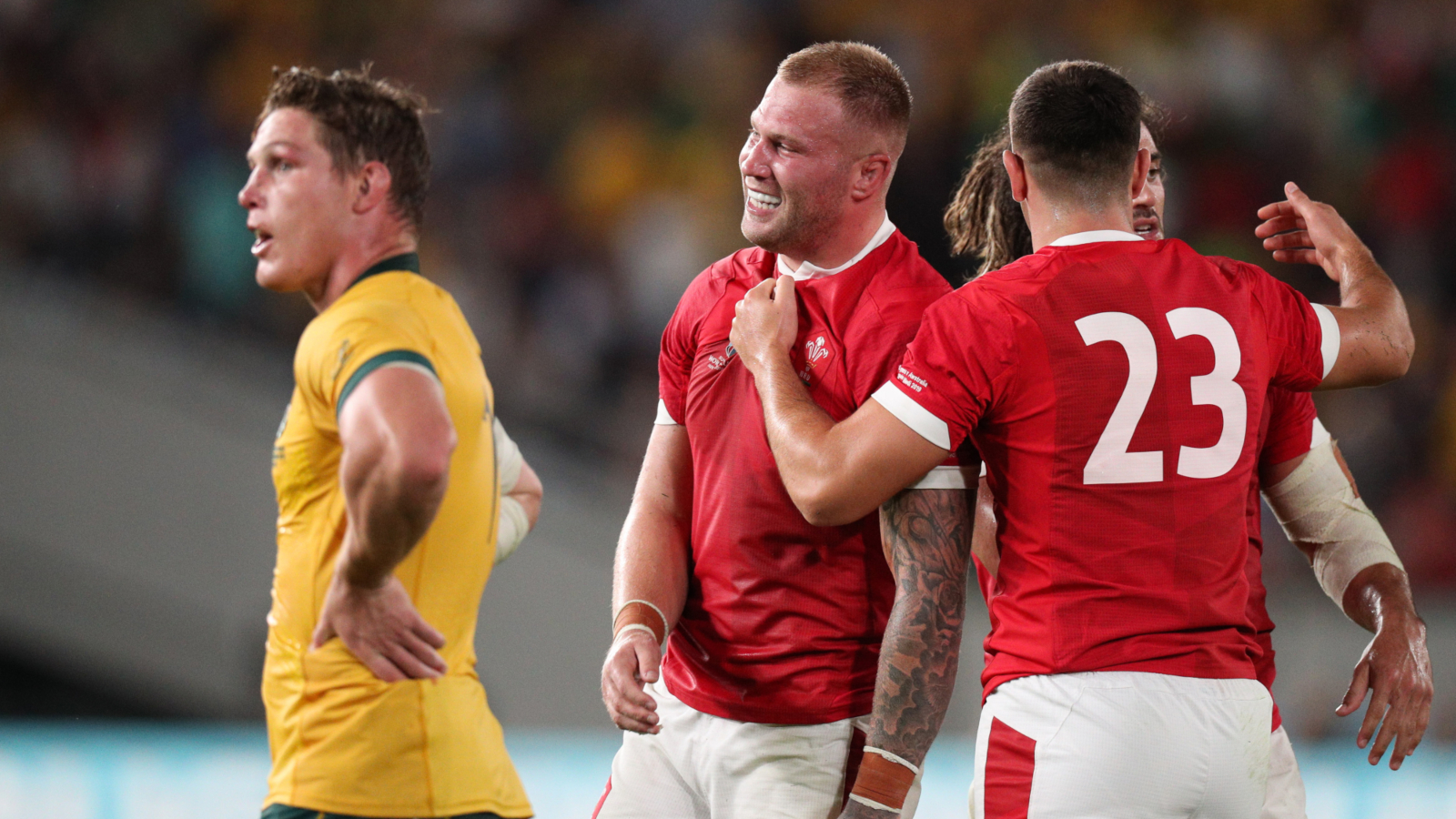 The Wales No.8 made his presence felt from the get-go in the 29-17 win over Fiji, carrying the ball from kick-off and breaking a couple of tackles as he looked to make up for lost time.

And with Wales now into the quarter-finals, and hoping to clinch top spot in Pool D with a win in their final game against Uruguay, Moriarty believes they are rounding into form at the perfect time.

He said: “It was nice to get the carry at the beginning.

“I probably dropped off a few tackles which I’m a bit annoyed at myself about, but I think I made up for it later in the game and I grew in a lot more confidence as the game went on.

“Luckily there were a few stoppages from injuries. I think everyone had to get their breath back. The conditioning we’ve been doing, we’ve been recovering quick and I did feel that.

“I was recovering a lot quicker than I used to. I felt good and I think a lot of the boys probably thought that same.”

It was a rollercoaster of a game in Oita, with Fiji racing into a 10-0 lead thanks to early tries from Josua Tuisova and Kini Murimurivalu.

Wales fought back well though to lead 14-10 at the break, and even though Fiji briefly went back in front thanks to a penalty try, Wales were able to come through.

Josh Adams got a hat-trick, while Liam Williams went in for the fourth try to stave off the Fijian threat.

And although they had to come from behind, Moriarty insists Wales were always confident in their gameplan.

He said: “We didn’t panic. We knew that if we stuck to our process, we’d pull them back in.

“It’s a tough one to defend. It was a great win, and it was an enjoyable game.”