Scotland keep their campaign alive with historic win over Russia

Gregor Townsend breathed a sigh of relief after his much-changed Scotland side put Russia to the sword on Wednesday in a 61-0 victory. [more] 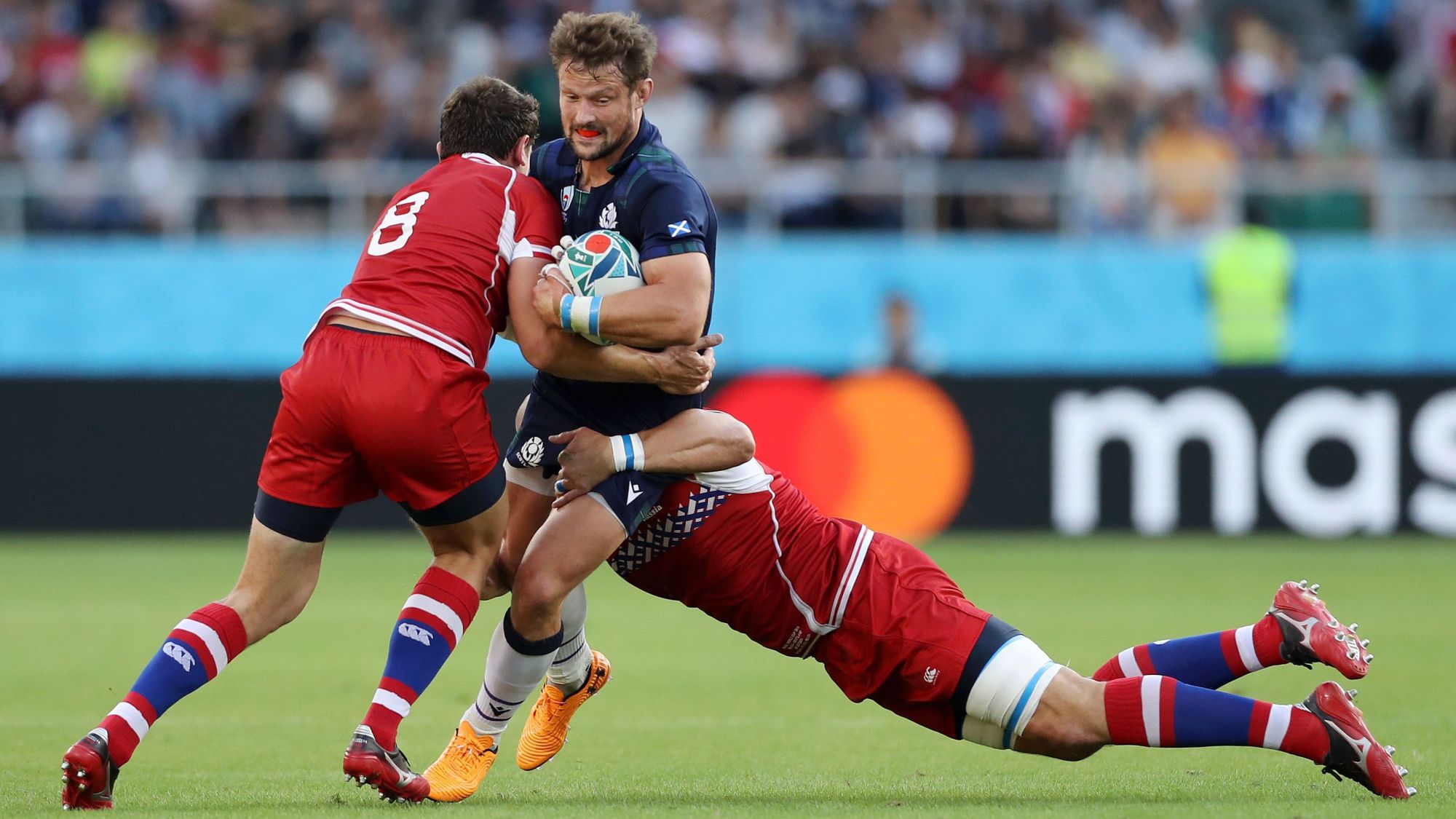 Scotland needed a bonus-point win to keep themselves firmly in contention for a knockout spot from Pool A, and they did it in style.

George Horne crossed for a hat-trick, Adam Hastings grabbed a double and was near-flawless from the kicking tee as Scotland held Russia pointless.

After doing the same to Samoa last time out in Kobe, Scotland have now not conceded a point for 172 minutes of Rugby World Cup action, a tournament record.

And Townsend was delighted with the intensity on show from his much-changed side, with only Darcy Graham retained from the starting XV that beat Samoa.

“I’m just glad we got through the game with no injuries, from what I hear. It takes a lot of effort to break down a team like Russia,” he said.

“The players in that first 20 minutes had to put in that effort and then the holes started appearing and we exploited them well. Stage one of a two-stage week is completed.

“We had an opportunity just before half-time and that would’ve been nice to go in at half-time with the bonus point. Really, we knew the pressure was starting to tell on Russia and we were finding some breaks. We were putting pressure on their set piece as well so as an all-round team performance, it was excellent.

“Danny Wilson (forwards coach) did a great job with the forwards this week to make sure that our scrum would be solid and our lineout maul got better and better.

“The first 15 minutes was excellent. It was 0-0 during that period. The first five minutes, I think it was four minutes 40 (seconds) of ball-in-play at the start of the game. Russia were here to play. They’ve improved as a team.”

172 – @Scotlandteam have gone 172 minutes since conceding a point at #RWC2019, keeping their opponents scoreless in back-to-back Test matches for the first time since 1964 in the process. Nilled. pic.twitter.com/bsoBeTCSZo

The Brave Blossoms have already beaten Ireland this World Cup and currently top Pool A.

But a Scottish victory that denies the hosts a bonus point could put them into the last eight in their stead.

Townsend added: “It’ll be huge. Our focus now is on recovery, making sure that we get our preparation right for that game, and we get the selection right.

“We’ve been planning this game for a while.

“We’ve just got to make sure we deliver our best performance. We’ll have to because Japan are a very good team.”