The Rugby World Cup match between England and France has been cancelled because of Typhoon Hagibis which is due to arrive in Japan over the weekend. [more] 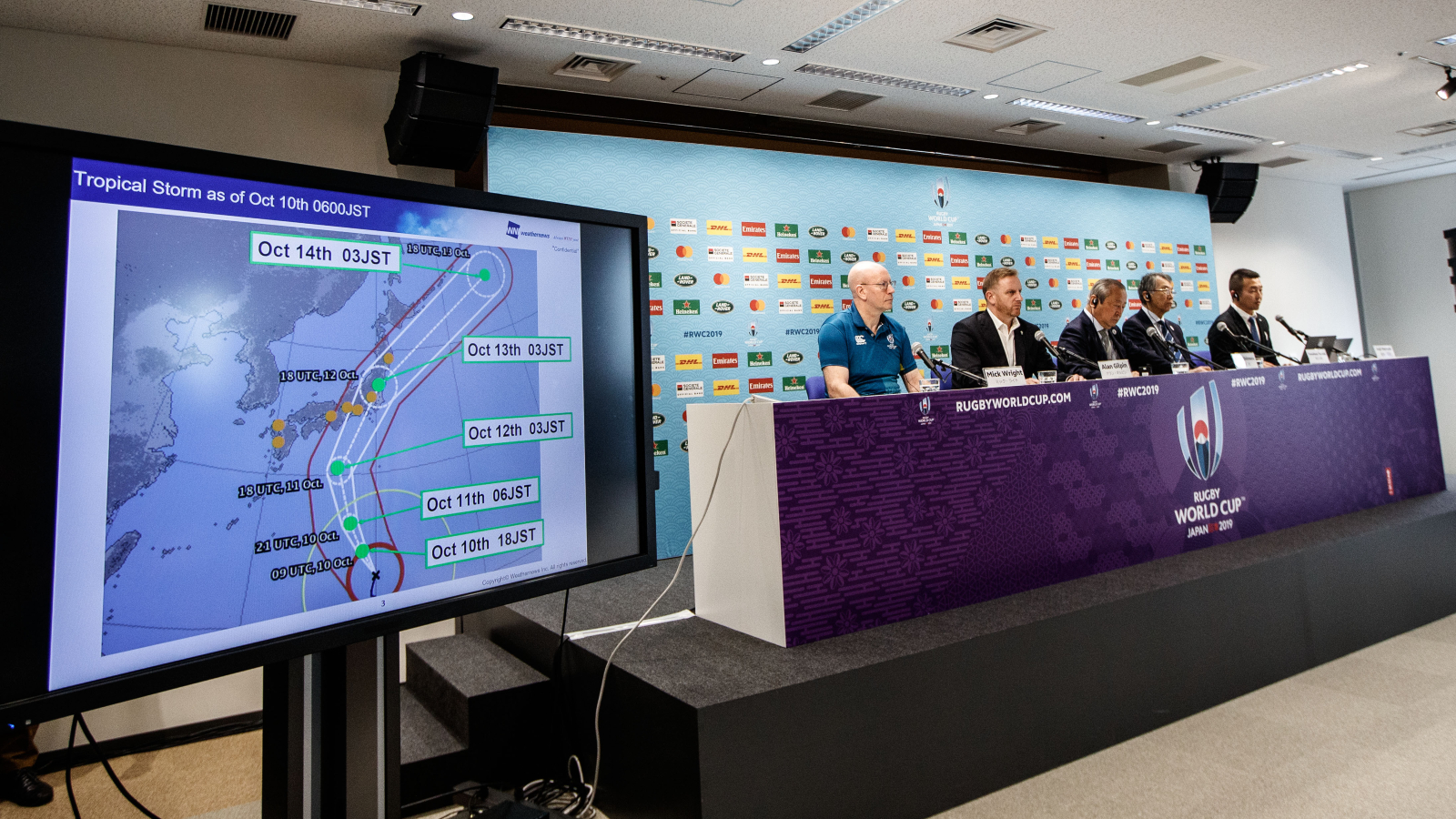 World Rugby have made the decision to call off the game which would have decided who topped Pool C for safety reasons, with a second match between New Zealand and Italy also cancelled.

A decision has not yet been taken for Scotland’s clash with Japan on Sunday, which is due to take place in Yokohama, the same ground as Le Crunch.

Organizing committee chief executive Akira Shimazu said the final call on that game will be taken on Sunday morning, with the typhoon expected to hit on Saturday.

“We will look at the typhoon damage and consider its impact, but we would also like to consider the safety of the spectators,” he said.

“I know people really want to see the match so we will do our best to make sure they are able to do that.”

Tournament director Alan Gilpin explained why the decision had been taken to call off the two matches on Saturday which were due to be played in Yokohama and Toyota.

He said: “After extensive evaluation of the latest information, we are confirming adjustments to this weekend’s match schedule because of the significant impact of Typhoon Hagibis.

“Based on this morning’s advice, Hagibis is predicted to be the biggest of 2019 and highly likely to cause disruption in the Yokohama, Tokyo and Toyota area, including public transport shutdown.

“As a result of this independent advice, we have taken the difficult and right decision in the affected areas. Where pool matches do not go ahead, two points will be appointed to each team.

“As you can imagine the decision has not been taken lightly and in the best interest of safety as a priority.”

The other matches this weekend are scheduled to go ahead including Ireland’s clash with Samoa in Fukuoka on Saturday, and Wales’ meeting with Uruguay in Kumamoto the following day.