Ireland have already faced several tests in this World Cup and Rory Best was pleased with the way they coped a man down in victory over Samoa. [more] 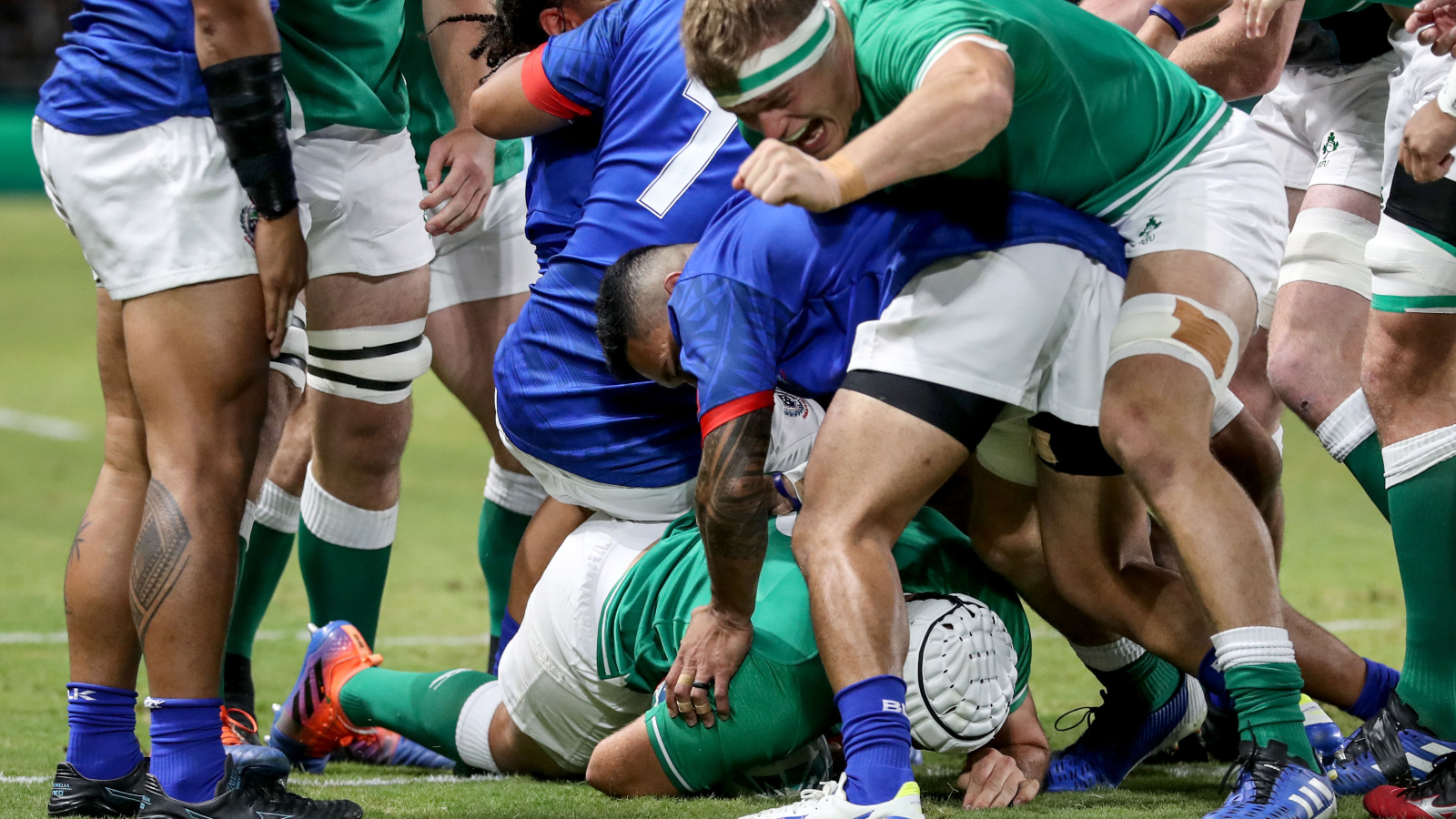 Bundee Aki’s first-half red card saw Ireland play the best part of an hour with 14 men in Fukuoka, but they were able to manage the game and ease to a 47-5 success.

That clinches a spot in the quarter-finals, with either New Zealand or South Africa lying in wait.

And while Best will clearly not want to have to play a man down in that game, he was happy with the character shown while at a numerical disadvantage.

He said: “It’s important to keep composure when you go down to 14, tactically you have to change a bit.

“We talked about chasing a few less rucks and it helps when you have a smart scrum-half, but we felt we had a rhythm before the red and had to keep that. But you have to increase your intensity.

“We had a similar situation versus South Africa a few years ago when we got a red card and we went on to win and you can take comfort for that.

“It wasn’t ideal but I think it shows a lot of character about a squad when you’re down a man, how you adapt. And ultimately, there was no panic, there was a lot of collective and we continued to attack.”

Ireland have responded well since losing to Japan in their second match of the pool stages, and five points here ensured they will finish in the top two in the group regardless of what happens in the meeting between the hosts and Scotland.

Best has played a large part in getting them back on track, but insists he has great support within an experienced squad.

He added: “We share a lot of the leadership, we have some really smart players – some older, some younger – and we’ve built over the last two games. The big thing is, we never panicked. The most pressure we feel is the pressure we put on ourselves and we’re in the quarter-final.

“We never really doubted ourselves. We looked back at the loss (against Japan) and knew that we let ourselves down, didn’t do a lot of the things we pride ourselves on. This is more like us. On Monday, we’ll look at how we’re going to improve and how we’ll have to improve going into the quarter-finals.”