Japan made history on Sunday night by making it through to the Rugby World Cup quarter-finals for the first time ever and sent Scotland packing in the process. [more] 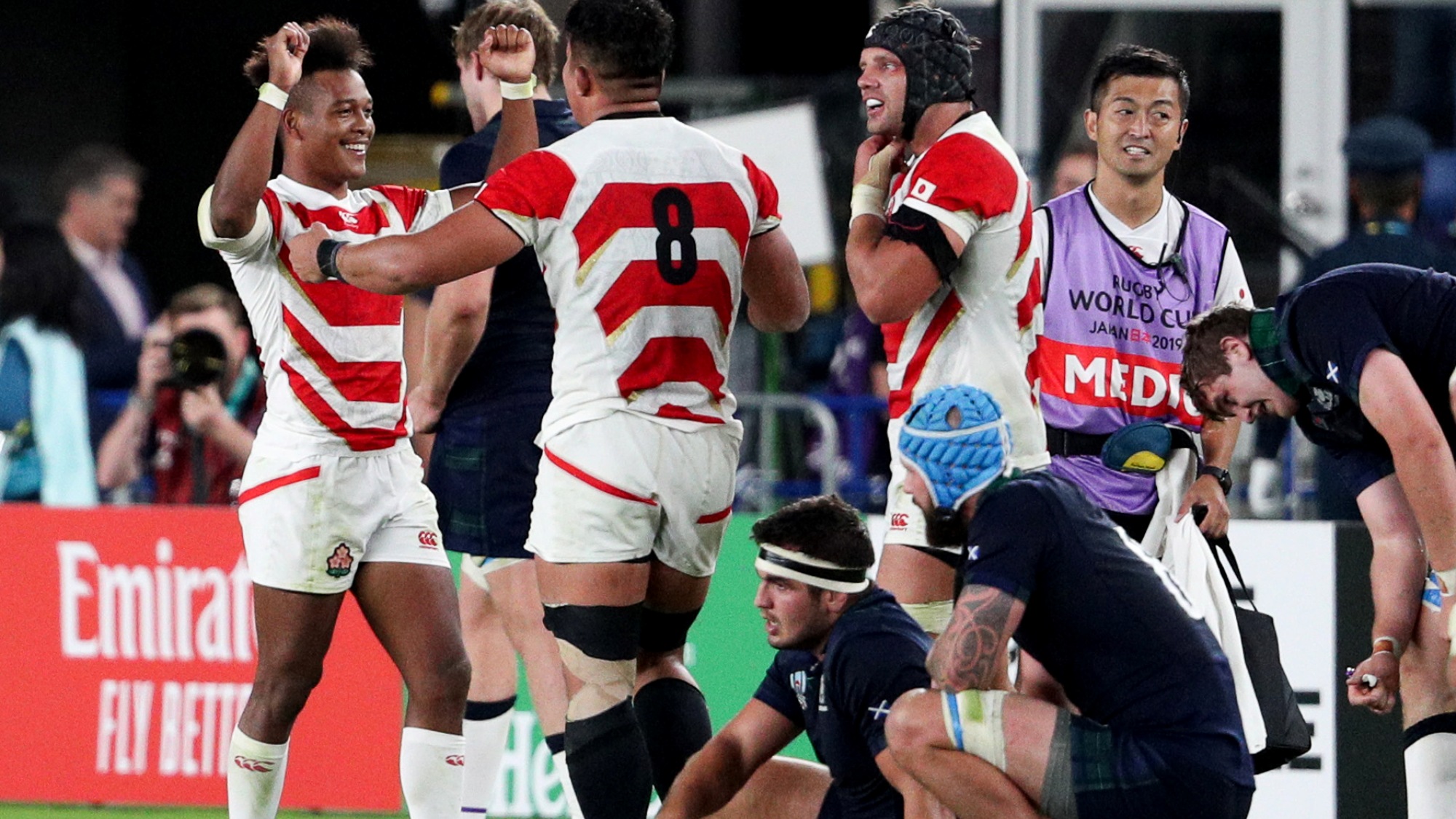 Gregor Townsend’s Scotland side produced another stellar comeback that is fast becoming their calling card.

WP Nel and Zander Fagerson went over before the hour mark to turn a 28-7 deficit into just a one-score game.

But in the final quarter, a fast-starting Japan held firm to secure a first-ever win over Scotland and set up a quarter-final clash with South Africa next weekend.

Meanwhile, Scotland are going home – knocked out in the pool stages for only the second time in their history.

And head coach Towsnend could not hide his disappointment afterwards.

He said: “We started really well but then we didn’t see much of the ball for the rest of the first half.

“Part of that was down to what Japan were doing when they had the ball, but the two tries we conceded were soft, one from our possession and another from a re-start.

“The players put a huge effort into that period after half-time and after 58 minutes we were only seven points behind. But we didn’t do enough in that last 20 minutes to get the win.

“We came here with high aspirations and getting out of the pool was stage one of them. We have worked really hard over the last four months and throughout this tournament to get further than we have. It is very disappointing to not make it out of the pool.”

Finn Russell’s early try had put Scotland into an early 7-0 lead in Yokohama.

But needing an eight-point margin of victory, they were then powerless to prevent a Brave Blossoms onslaught.

FULL TIME | It’s all over in Yokohama as the hosts progress to the Quarter Finals. Congratulations to Japan on their win. #JPNvSCO #AsOne pic.twitter.com/J1yQ2xG66o

Kenki Fukuoka was the star with two tries and an amazing offload for Kotaro Matsushima’s first-half score.

And Scotland skipper Greig Laidlaw admitted his side had lost to the better team on the night.

“But as always in defeat you have to look at yourselves and we gave away two soft tries. In a test where you need to win by eight points, giving them 28 is way too many.”